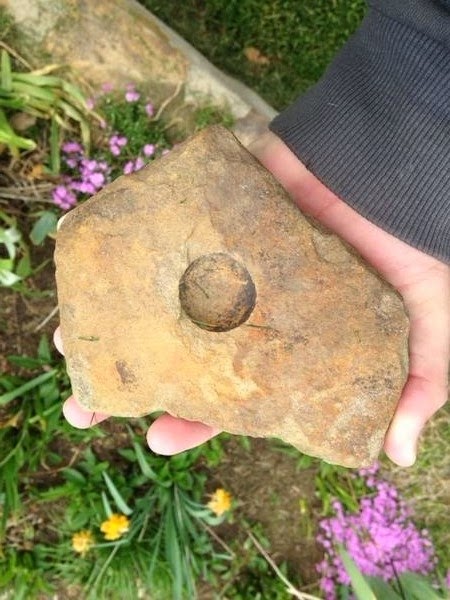 Anonymous mushroom hunter's Springtime find in Pike County, Ohio, is a "cupule stone" where the outline of the stone is an abstracted geometric representation of a mammoth facing left and a simple zoomorphic face profile is depicted on the mammoth's posterior facing in the opposite direction 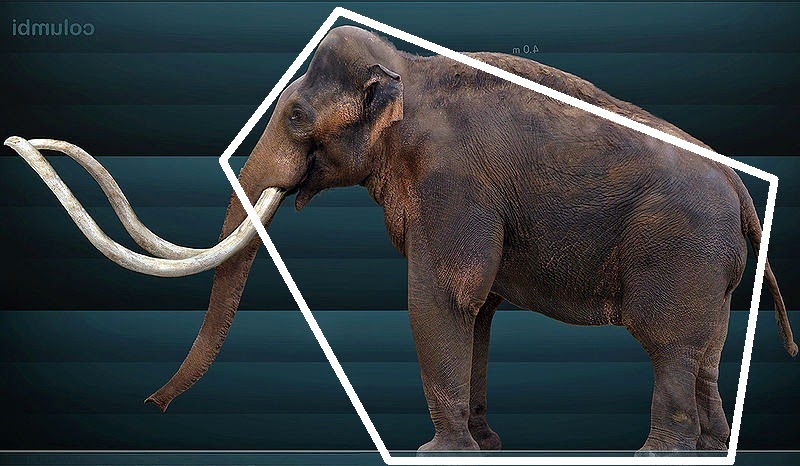 Simply geometry of the silhouette of the mammoth reconstruction seen here may also be seen in the abstracted shape of the Pike County, Ohio, cupule stone 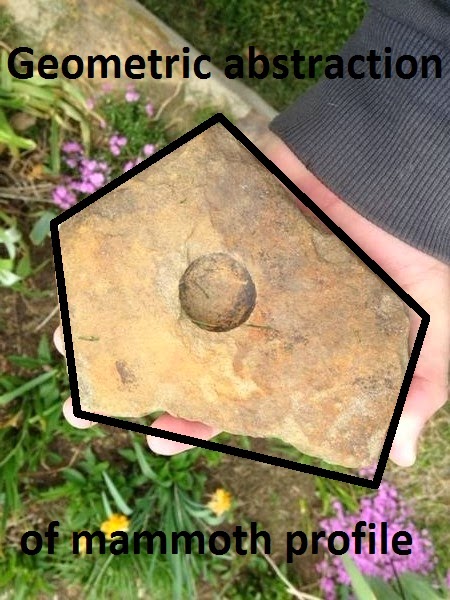 Manufacture of cupules has been ethnographically documented in Australia as a component of "increase rituals." If the North American cupule is related to the Australian tradition, this kind of sculpture may be seen as meaning something like "more mammoth please." If these hemispheric cupules are a result of antler billet tool dressing as Scot Stoneking has hypothesized, it may reflect the sacredness of the preparation of meta tools- or tools to make other tools, for a mammoth kill, including the flint knapping billet. 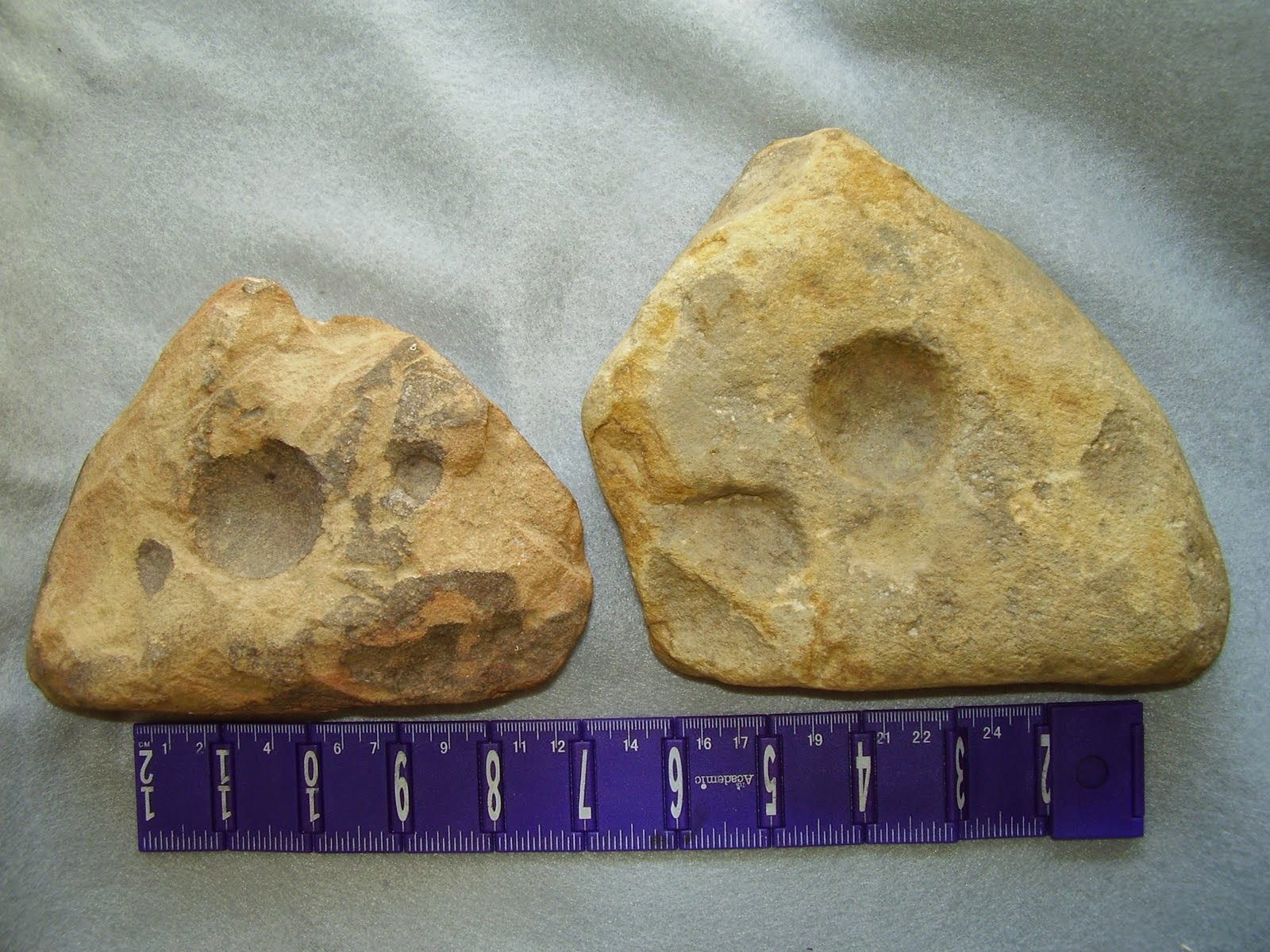 Two cupule stones from the Buckeye Lake area, Licking County, Ohio (left), and Perry County, Ohio (right), have been featured earlier on this blog as examples of mammoth iconography. The Pike County cupule stone featured here is especially like the example seen at above right in its representation of the mammoth silhouette. 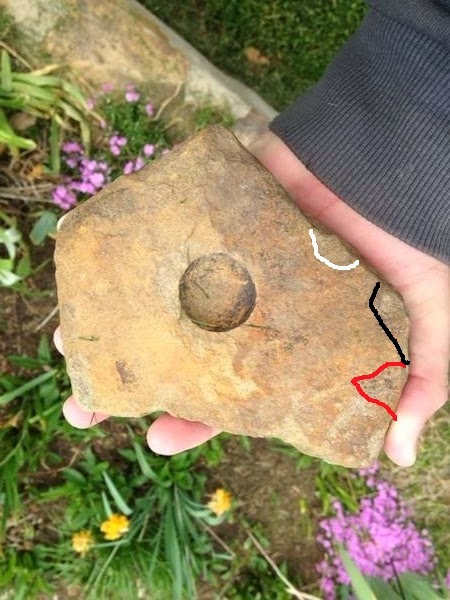 A subtle facial profile of a possible feline looking right is highlighted by the markings on this photo. White is eye mark, black is nose mark and red is the mouth of the feline. These features are made by light modification to the stone by chipping and grinding but they are there in accordance with other described examples.

The presence of a zoomorphic face in this posterior of the mammoth position, even though crude and faint, helps confirm this known element of mammoth depiction motifs as seen in other portable rock art pieces. You may use this illustration to help identify this interpreted face on the unmarked photo at (top). The feline presence here on the mammoth posterior may reflect its position as a "helper" in creating access to mammoth as a food resource in the form of carrion. 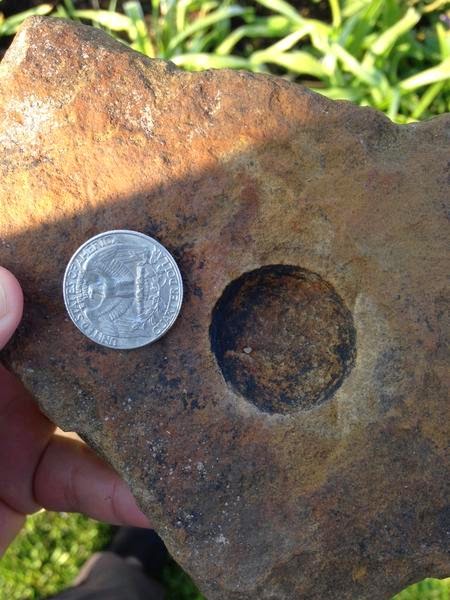 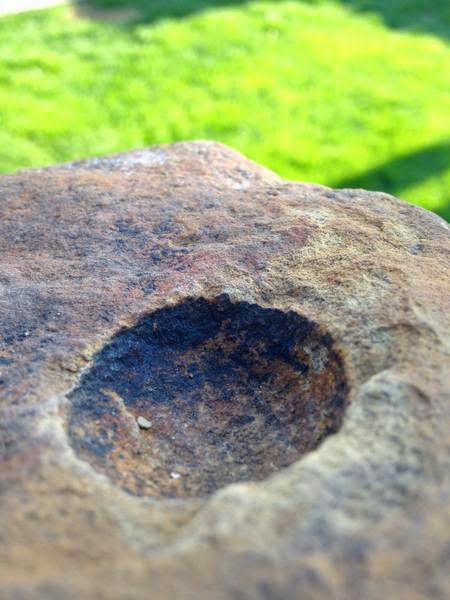 Scot Stoneking of Massilon, Ohio, has written a book on the cupstone and has replicated through experimentation how many of them were likely created. An article he wrote on the subject was published in Ohio Archaeologist and is also available in .pdf format for download. 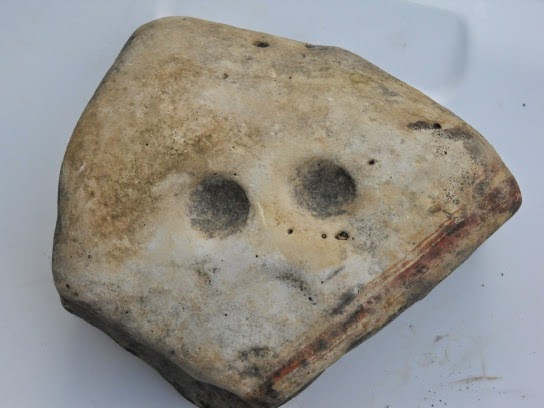 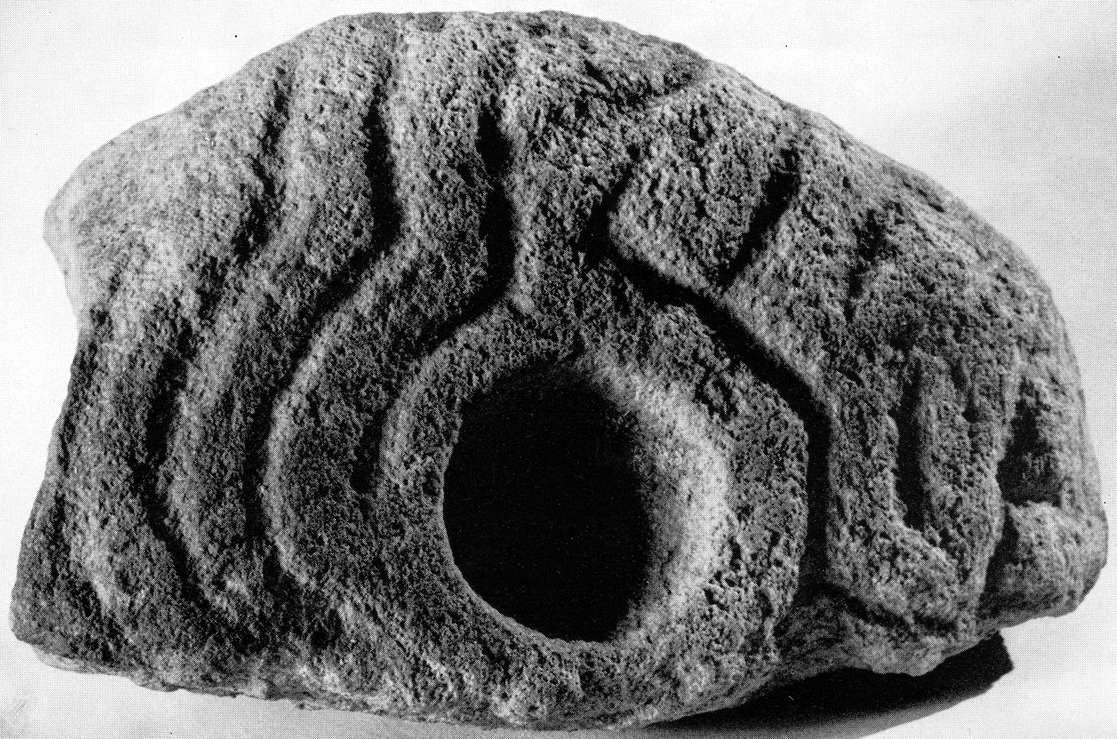 There is archaeological precedence for cupules on zoomorphic forms.  "Altar from house No. 45, Lepenski Vir Ib, Serbia, carved in the likeness of a fish, possibly a carp." -Don's Maps  Maybe this stone expresses the idea "More fish please."
Posted by Ken Johnston at 12:00 AM