American Paleolithic figurative art "does not exist" according to the mainstream, but flint bird head combined with human skull found in Central Texas is another American example of a motif described in Europe 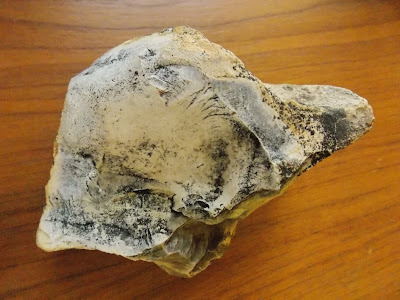 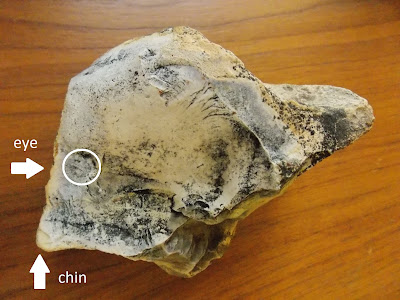 Ken Johnston identified the skull form on Ronda's bird figure. Photo with markups of bird's eye, ground human eye, mouth line of skull in red. The circled eye of the profile perspective may also be seen as the right eye of a second skull figure looking straight on toward the viewer. Found in a strong portable rock art context, more sculptures to be featured from Ronda. This is an example of how art could lead archaeologists to what could be some significant sites in America. 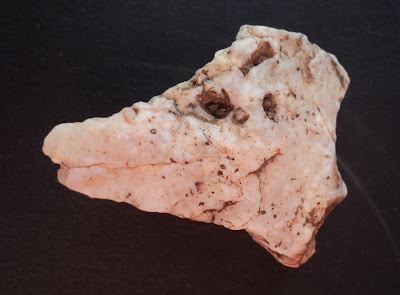 Nadia Clark find, Prescott, Arizona. Interpreted by Nadia as a sculpted bird head. Ken Johnston identified a human head combined with bird head but facing in the opposite direction like Janus. Alan Day has called these sculptures "janiforms." Note the exaggerated chin on the human, seen as the lowest part of the stone in this photo. 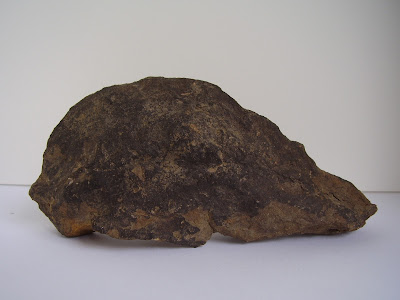 Duck head figure with human head combined, from Ansted, West Virginia at the head of the Kanawa River was featured in a prior posting. The bump on the far left in this photo is the nose of the human figure. 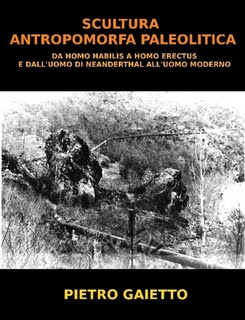 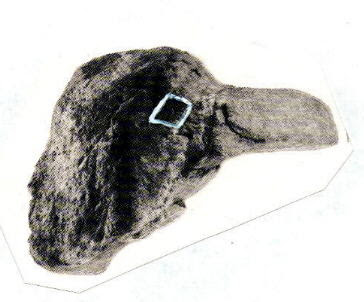 Illustration is Copyright Pietro Gaietto, Italy. Here he illustrates a bird head figure, identified as an Admiral Gull with markup of eye feature in the stone, human head in profile combined into the bird head and facing left. 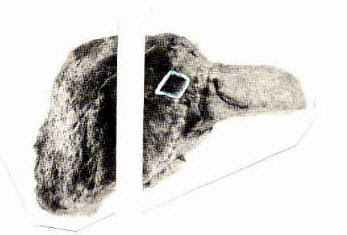