Presented à la Edvard Munch's 'The Scream,' a water formed stone face mask has been discovered from the cave near Kanchanaburi, Thailand (with 2 additional sets of human and animal figures worked in combination) 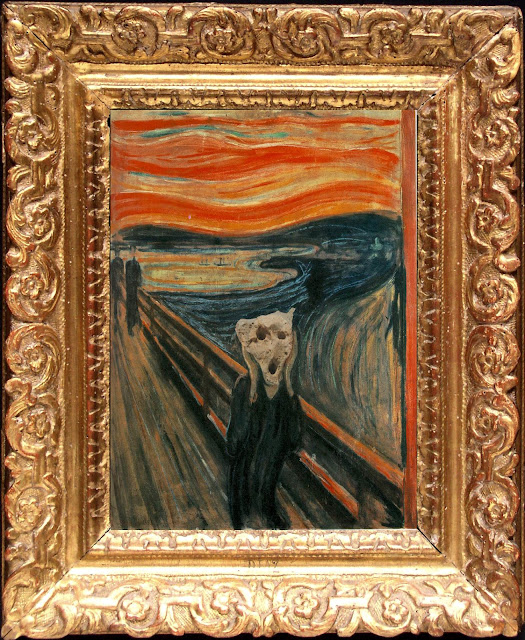 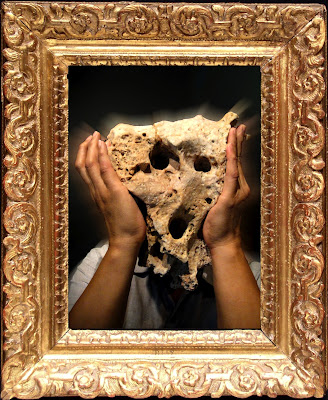 Tira Vanichtheeranont demonstrating how she suspects the mask was held during prehistoric human cultural use. (click photos to expand) 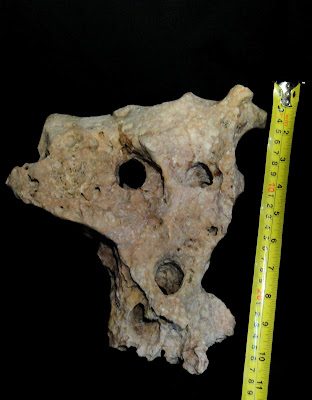 The scream mask with CM scale 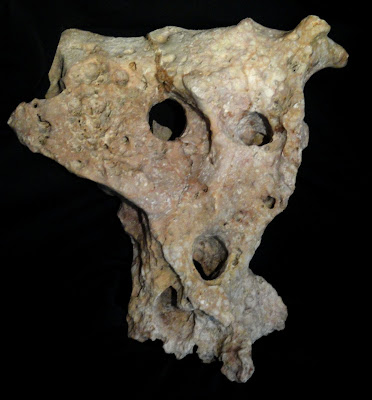 Regarding the origins of art, Patricio Bustamante writes: "Leon Battista Alberti, (1464) in his treatise “De Statua” describes the mode in which he thinks sculpture begun:

I believe that arts that aspire to imitate the creations of nature were originated according to the following scheme: on the trunk of a tree, a cloud of earth, or on any other thing, were accidentally discovered one day certain contours that needed only a few retouches to notably look like a natural object. Focusing on that, men examined if it was possible, by means of addition and subtraction, to complete what was missing to achieve the perfect resemblance. Thus, by adjusting and removing features according to the scheme required by the object itself, men succeeded in what they intended to do, and no without pleasure. From that day on, men´s ability to create images was growing until they knew how to form any kind of resemblance, even when the material did not present outlines that guided the labour.” (cited by Gombrich 1959).

Pareidolia supplies an adequate explanation for this process." 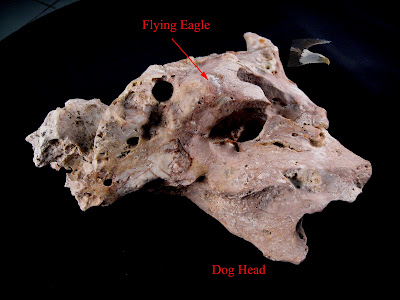 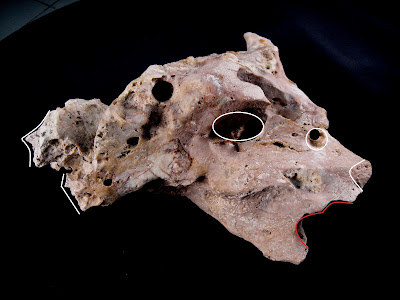 Canine-like animal head with red mouth and white nose, eye and ear cavity from right to left. Black dot inserted in eye circle in this illustration to enhance recognition of the animal head. Ken Johnston thinks the animal head may be of a feline or bear (thus "undetermined") because the canine look is more of a modern, domesticated, form than a form from the suspected time period of the use and modification of the mask. Canines thousands of years ago had a more narrow and longer snout. Also, it is seen in other examples of paleoart where the horse and feline are paired, maybe as acknowledgement of the predator-prey relationship. A human facial profile with strong nose and chin outlined in white at far left. A possible second human facial profile may be seen under it. 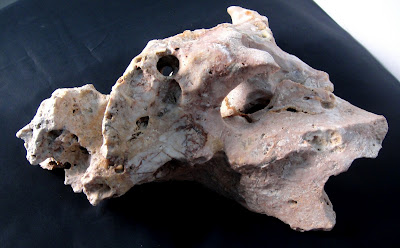 The artifact in different lighting and position. All the water worn surfaces provide fantastic natural sculpted forms which are ripe for the application of the human imagination and creativity. 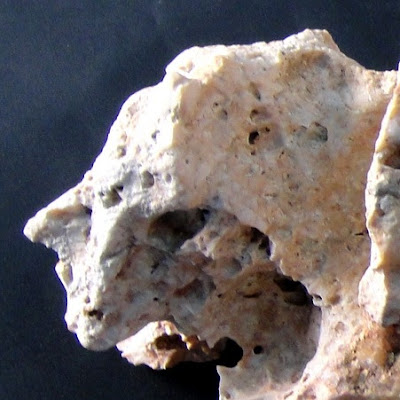 Close up of the human face in left profile view 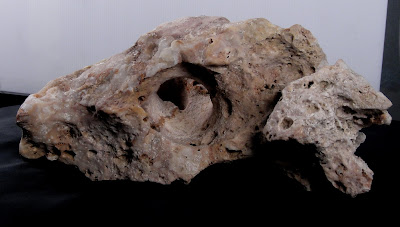 Part 3 - Horse head left profile view with subtle human face mask like (Part 1 - The mask) on far right. The mask seems to connote movement leftward with the horse. The mask may be seen as incorporated into the windblown mane of the horse. 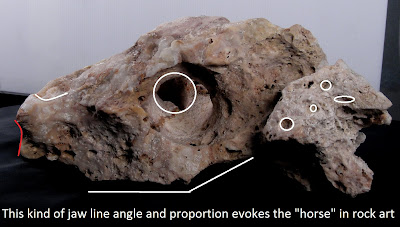 Markups of the horse mouth in red, nose and eye in white, and subtle human face mask on right. (click photos to expand).

Thank you very much Tira for your fine photographs of this amazing example of portable rock art from Thailand.