Accidental find interpreted as "...a serious and meaningful carving of a fish of some kind" rejected with certainty by petroglyph art web publisher as "not Indian" 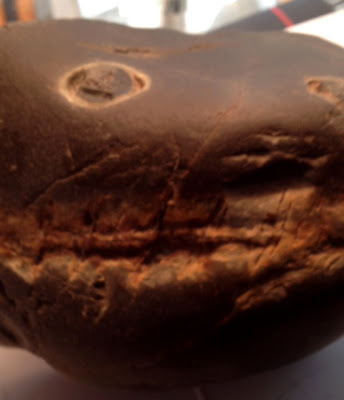 This find is without the context of any other suspected artifacts. Mary Garmon of Texas was struck by this zoomorphic face looking at her from the rock on the ground and took a closer look at it. The area context is strong for prehistoric human visitation, being near an 88 foot waterfall and the Pacific Ocean in north west Washington. 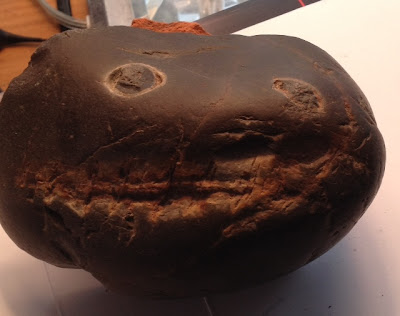 According to Mary, "Its shape on front gives the impression of a shark or large fish." 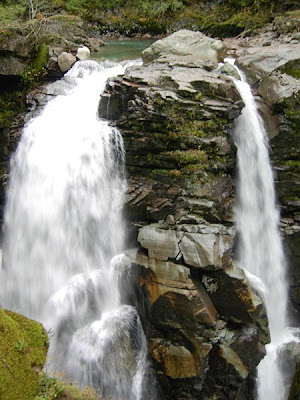 "I found it on the Nooksack river in Washington State near a large waterfall." 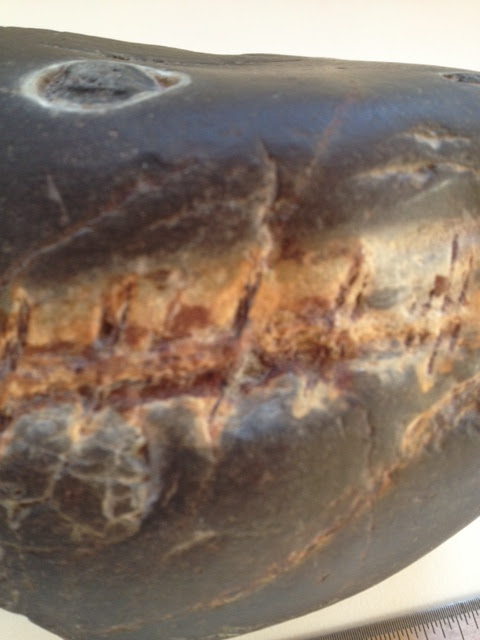 Carved parallel lines create the mouth of the creature. Vertical slash marks are carved along the horizontal lines, perhaps to represent teeth. 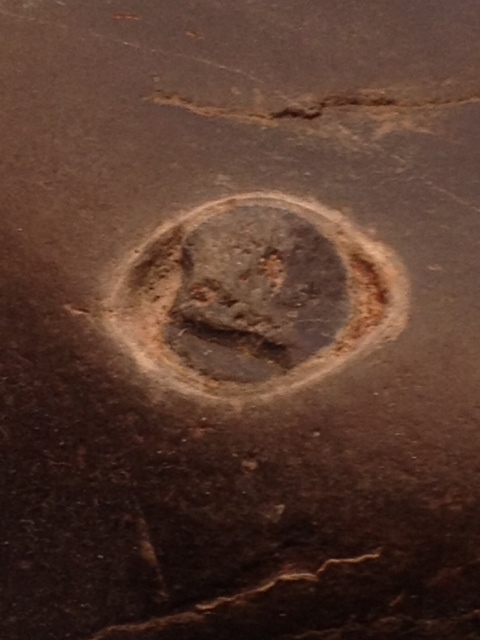 When I saw this photo, I noted what looked like a small face in the figure's right eye and mentioned it to Mary. 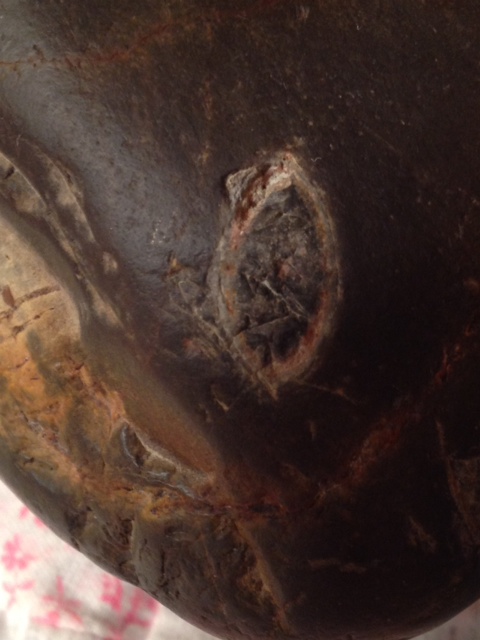 Mary replied to me "I just looked closely at the left eye and it is a small bird in profile... It doesnt just look like it, it is. Unbelievable."  Maybe the fish 'is seeing' its common predators? 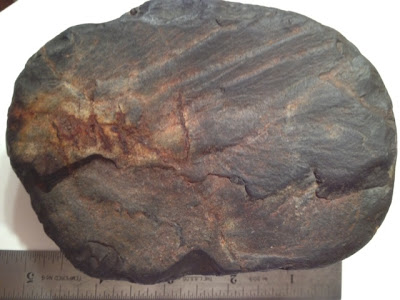 Back of the stone with scale in inches

Mary Garmon continues writing, "I have contacted museums in the area as well as the Nooksack Indian tribe and had no response. A gentleman who lives in Seattle who publishes online about Indian petroglyphs in the area told me he is certain this carving is not by Indians in that area nevertheless it came from that river, of rock very similar to other stones on that river, and it was not a section of river frequented by the public. I would have to hear that from some concurring experts to believe it. I suppose it could have been carried as well from another location. What do you think? I feel that it is a serious and meaningful carving of a fish of some kind."

Mary, I agree with your assessment. 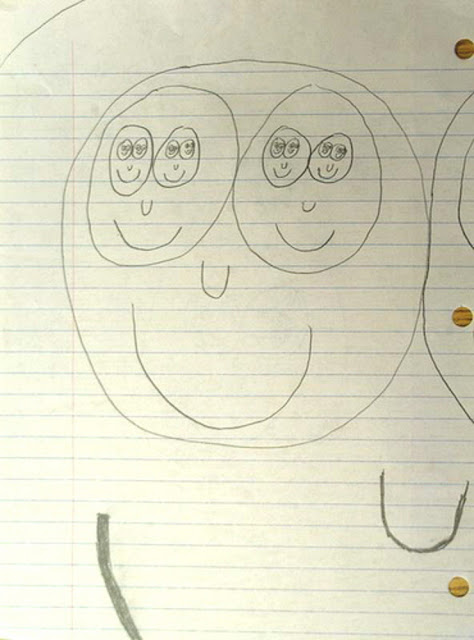 Here is a 9 year old's drawing of the "face reflected in the eyes" concept, expressed like fractals through 5 levels, one going off the paper and out of the frame of reference. A similar kind of representation is also seen in portable rock art. Another example of a face within an eye identified by Alan Day can be seen here.