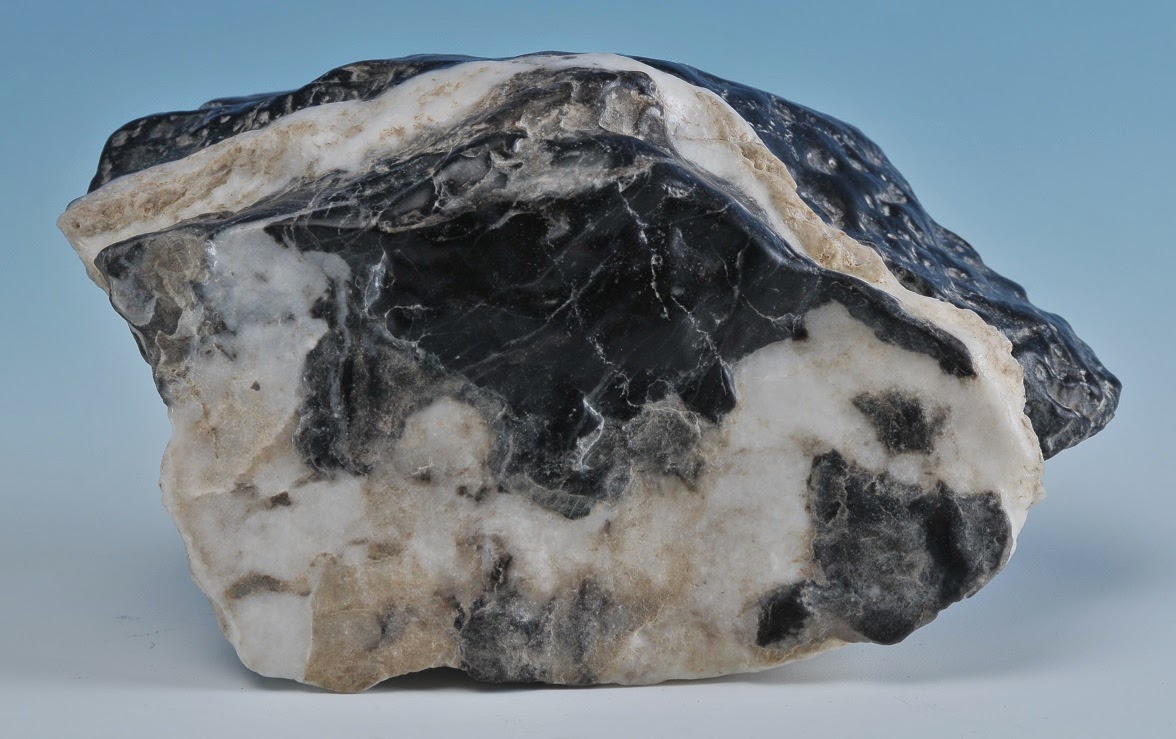 The mammoth is seen in black with trunk directed to the right. Stone is approximately 10cm length. The overall shape of the stone may represent the head of another animal, perhaps a bear. 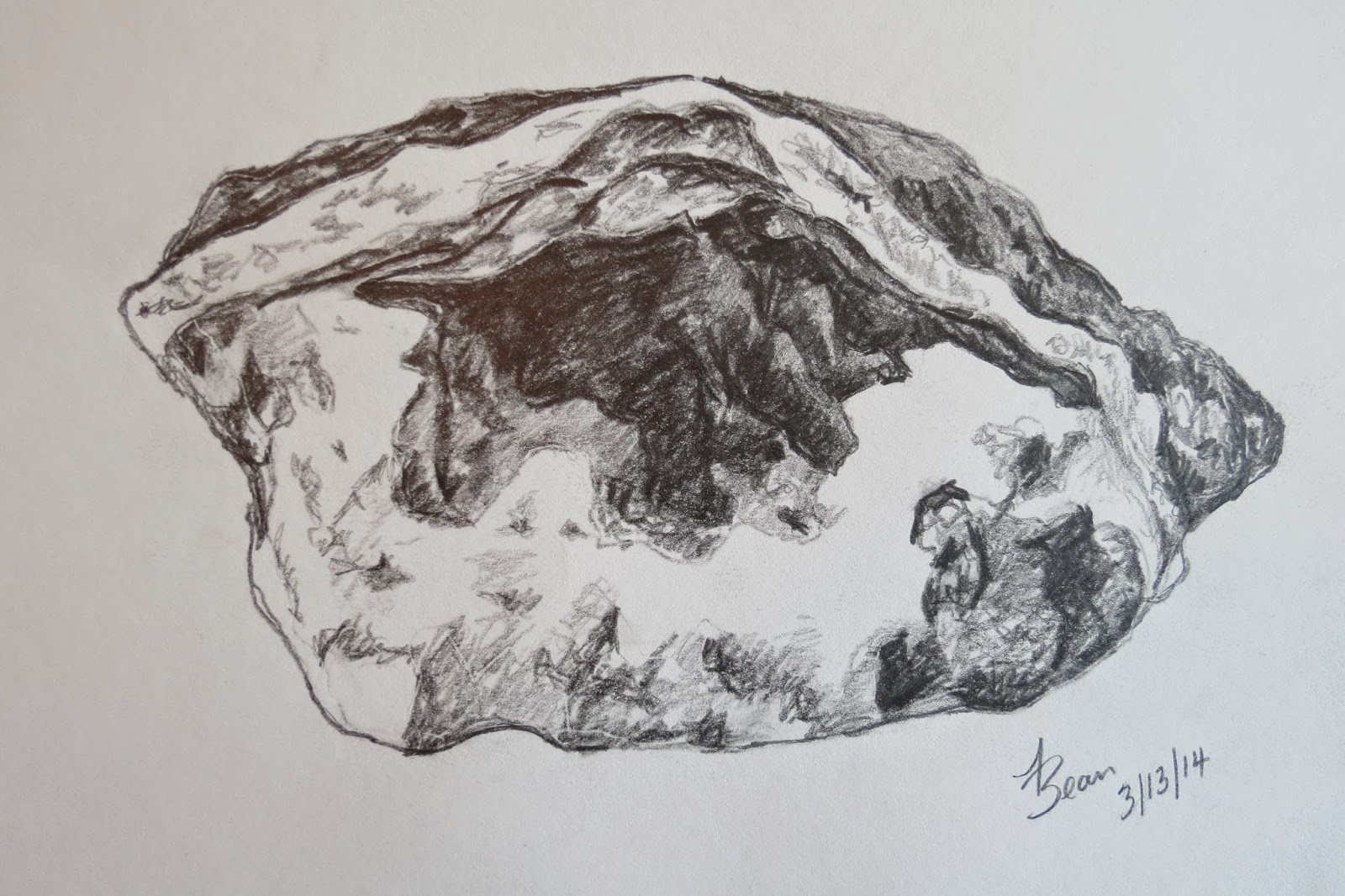 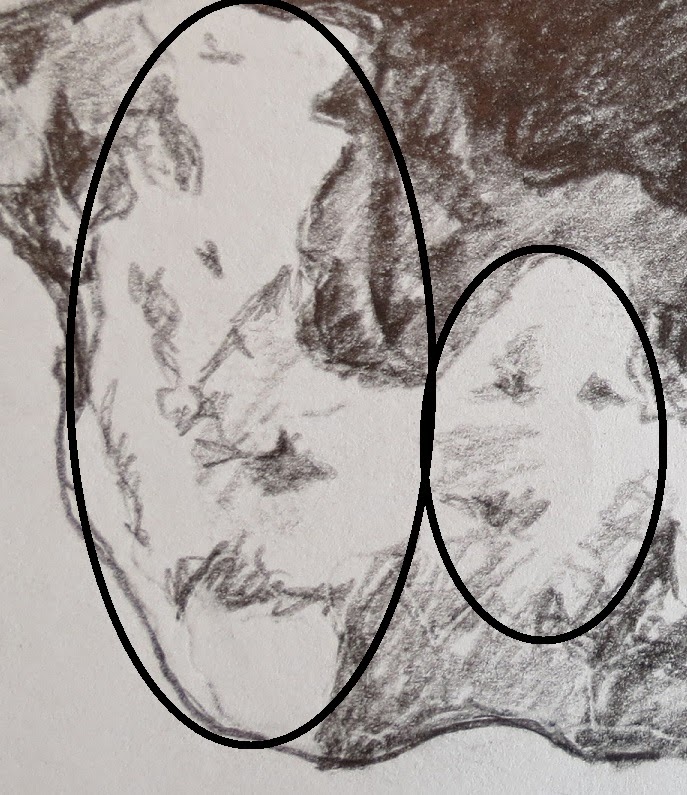 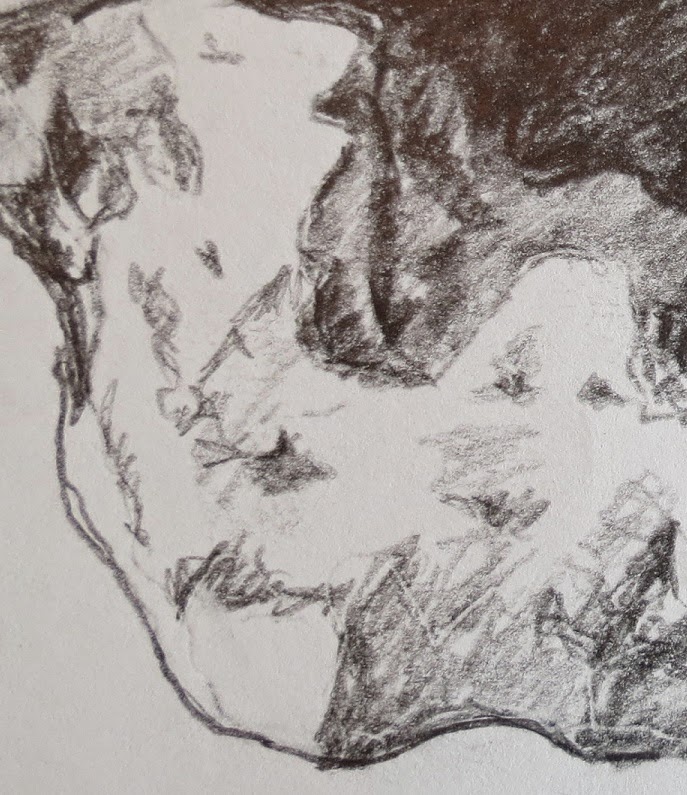 Ken Johnston interprets two human face mask figures incorporated into the posterior of the mammoth, in line with a motif well described by archaeologist Jan van Es, of Roermond, The Netherlands. Regarding another sculpture seen on this blog, van Es writes "In many sculptures of animals (bear, elephant, bison, etc..) is a portrait by the legs visible. Here I see a man's face by the hind legs."

The mask circled on the left is in the "one eye open, other eye shut or missing" motif where the mammoth's rear leg may be seen as "blacking out" the left eye of the mask as if wearing an eye patch or the like. 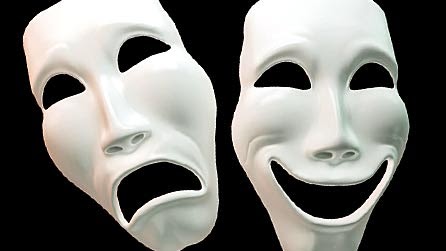 The mask circled on the right is a smaller relatively "happy face" nested between the mammoth's front and rear legs as this piece presents a Stone Age version of the popularized masks of tragedy and comedy. Perhaps this captures the broad range of human emotion associated with these magnificent animals. 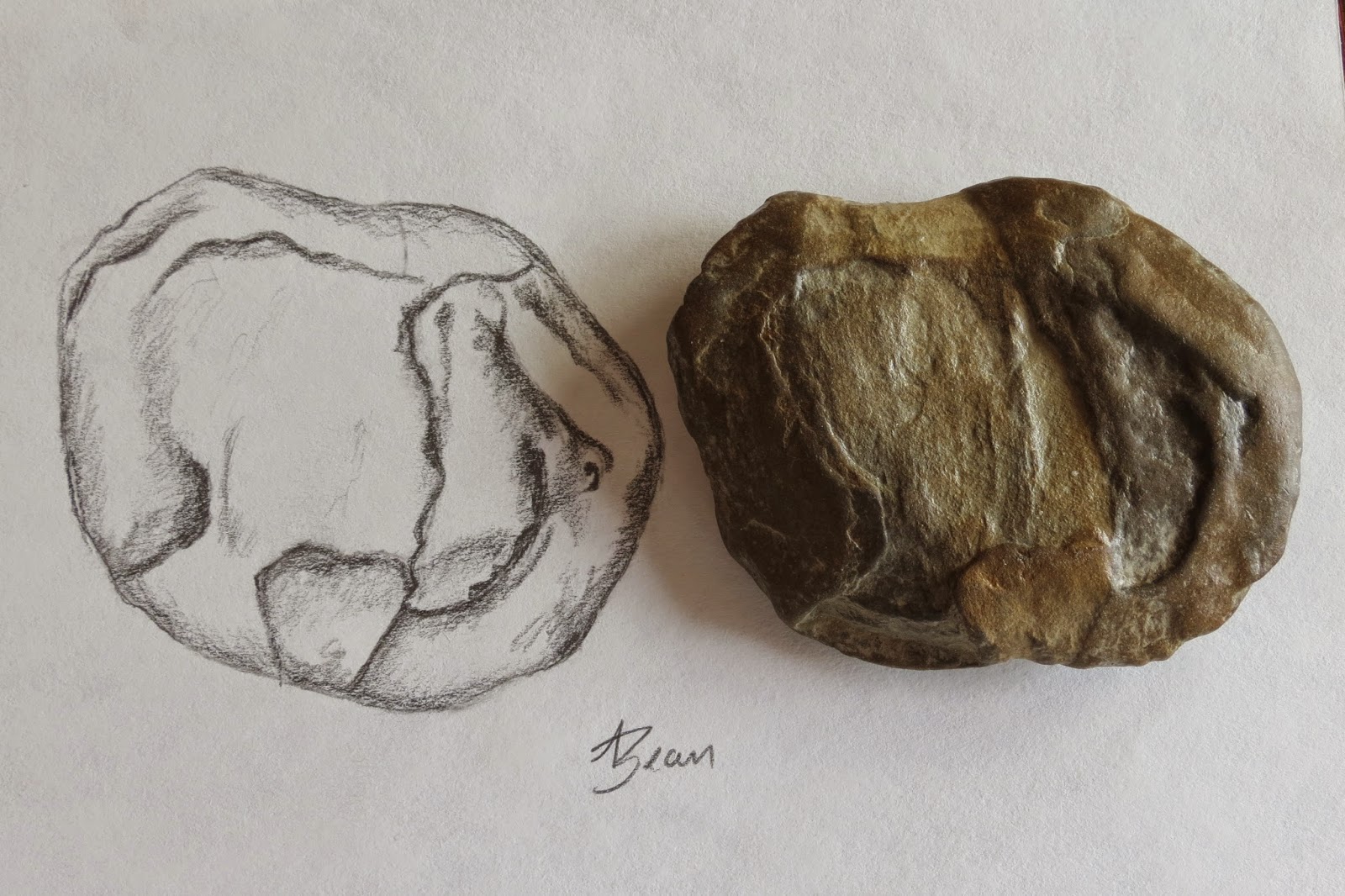 Another mammoth portable rock art form along with Angie Bean's pencil sketch of it. 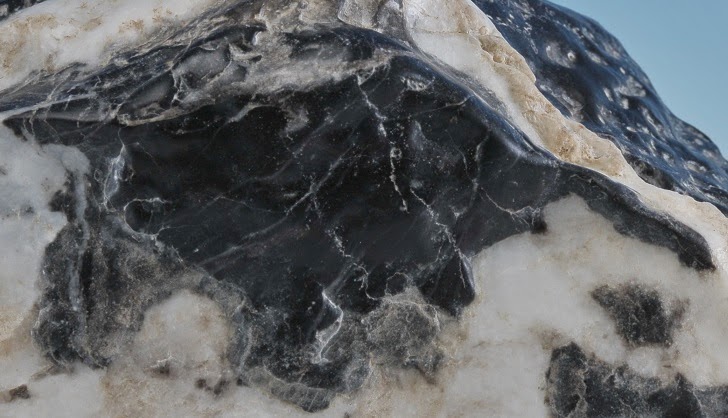 close up of Arkfeld "Baby Mammoth"