Virginia horse country in the Stone Age at the Arkfeld farm 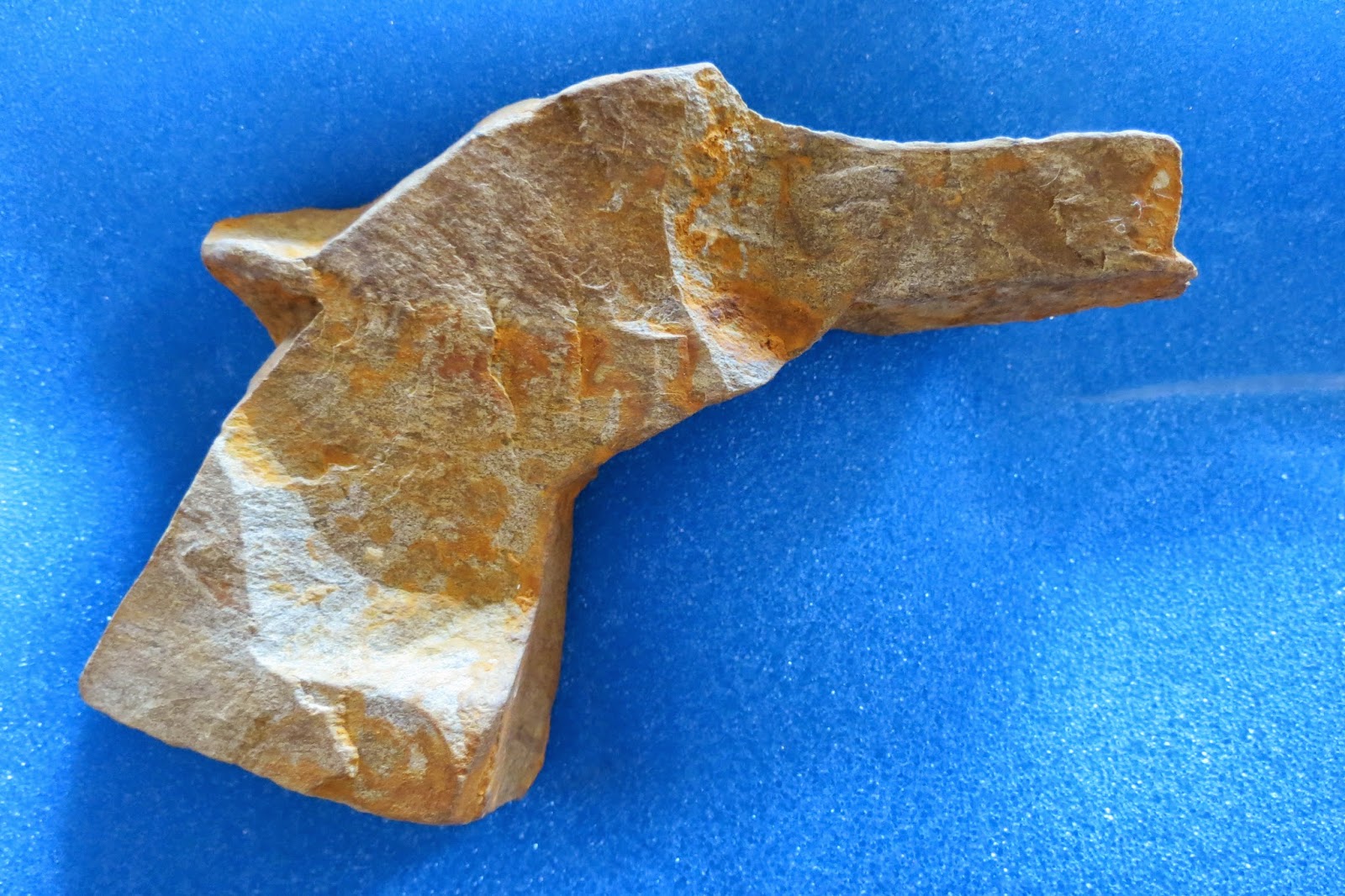 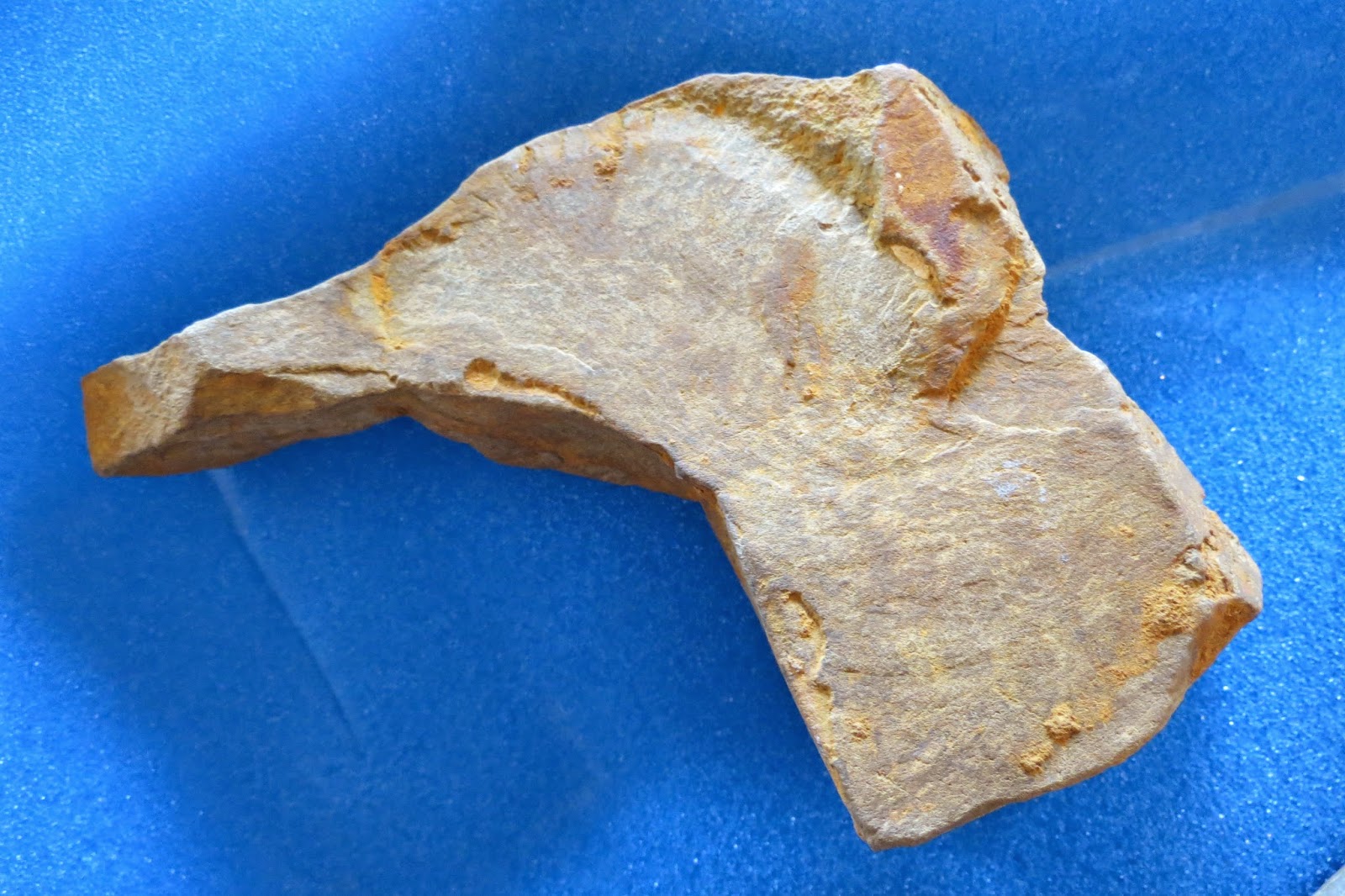 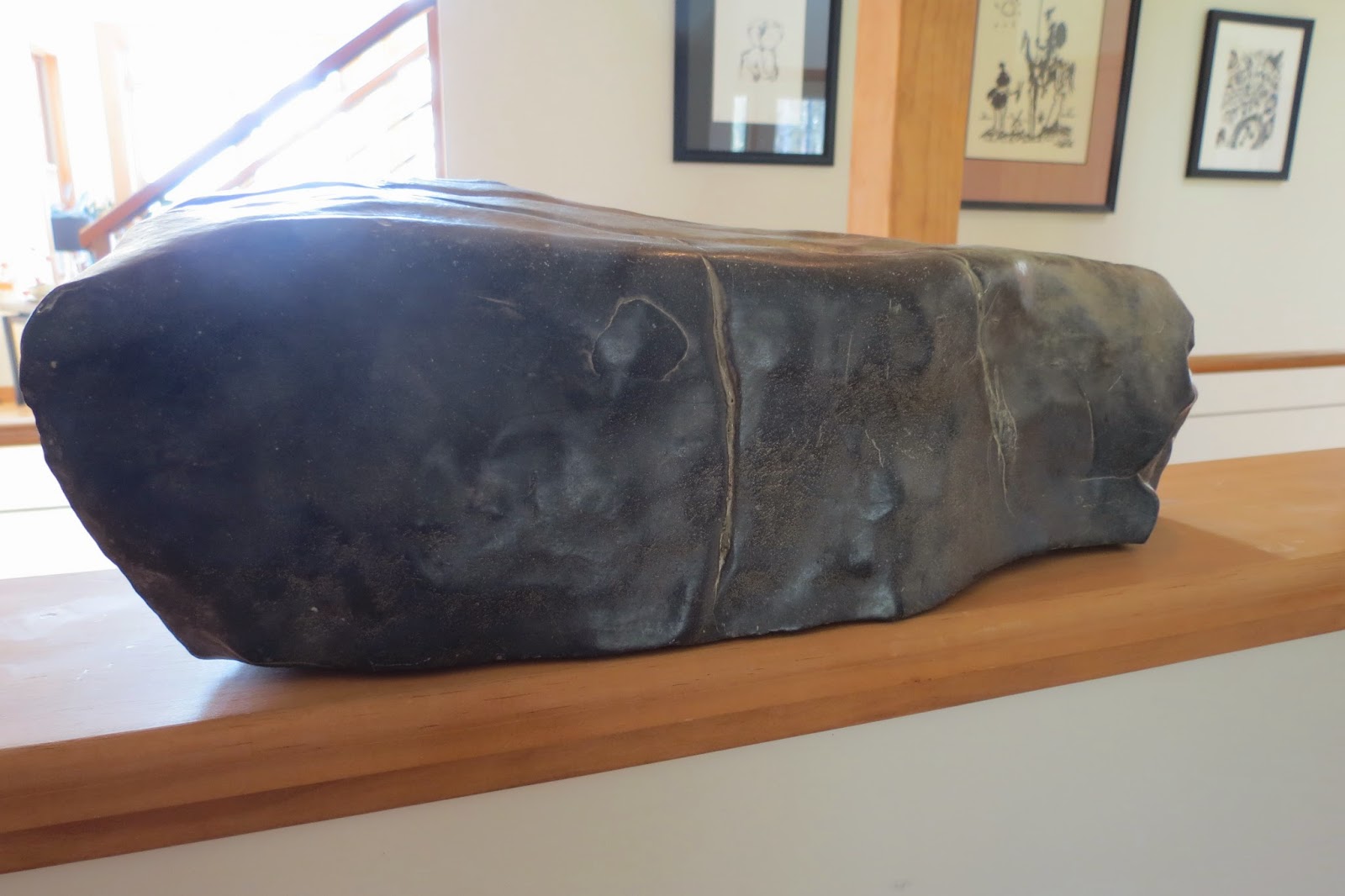 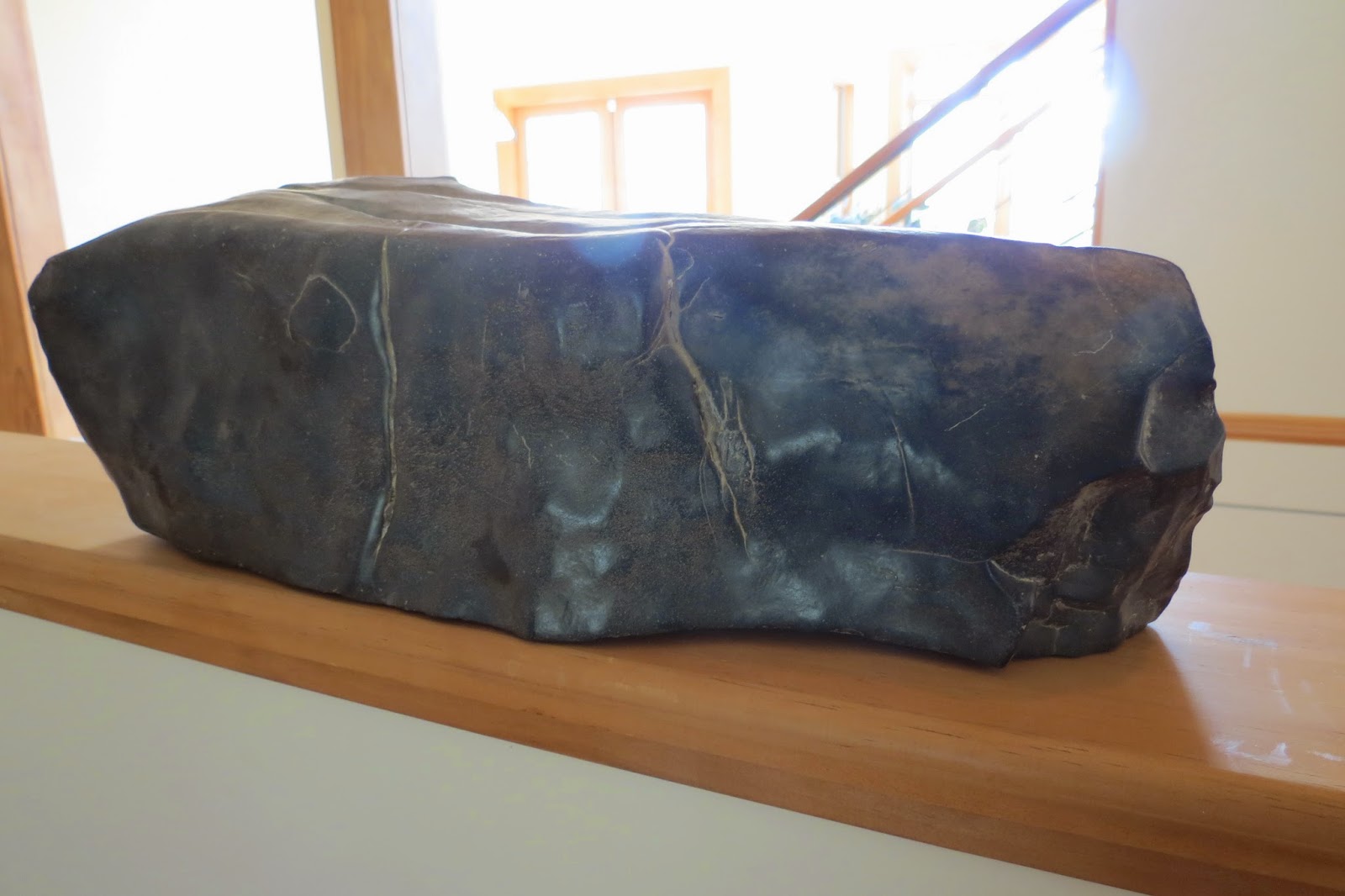 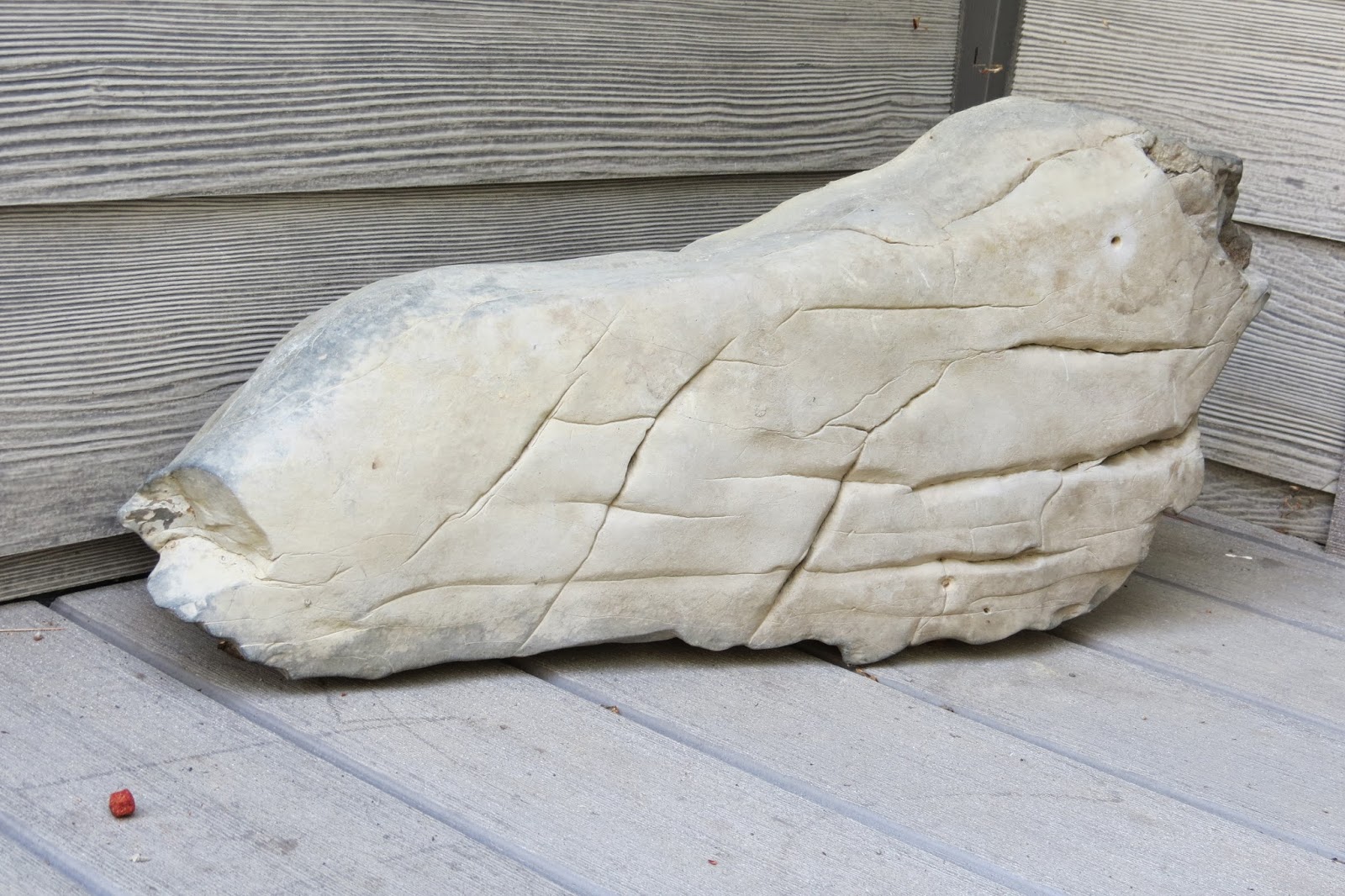 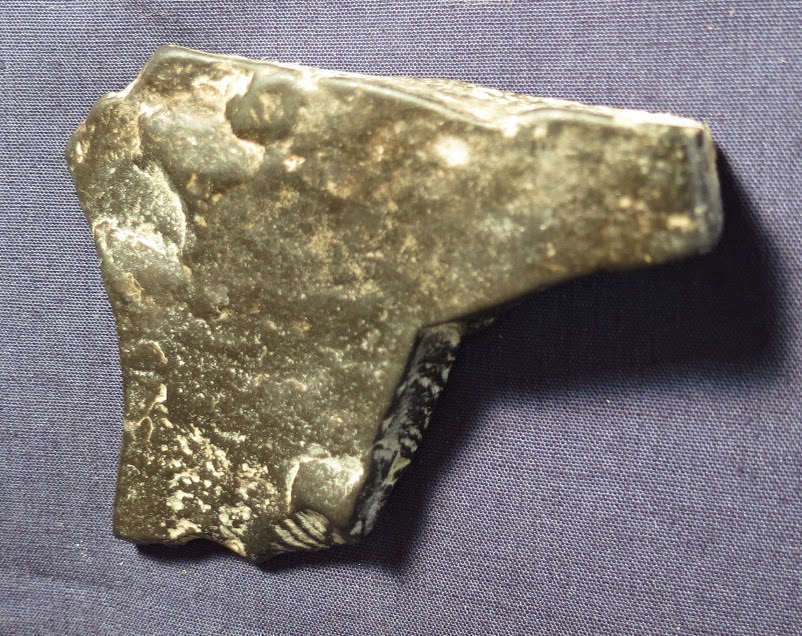 Common sense tells landowners and astute observers when repeated iconic patterns can no longer be attributed to natural coincidence. Mr. Arkfeld was born and raised on his property, so he is intimately familiar with the appearance of the natural stones and rocks there. His observation of anomalous material eroding from a stream bank is what led to his discovery of "The Arkfeld site." Those who are educated archaeologists seem uniquely dis-qualified to consider the existence of such iconic stone materials from the past. 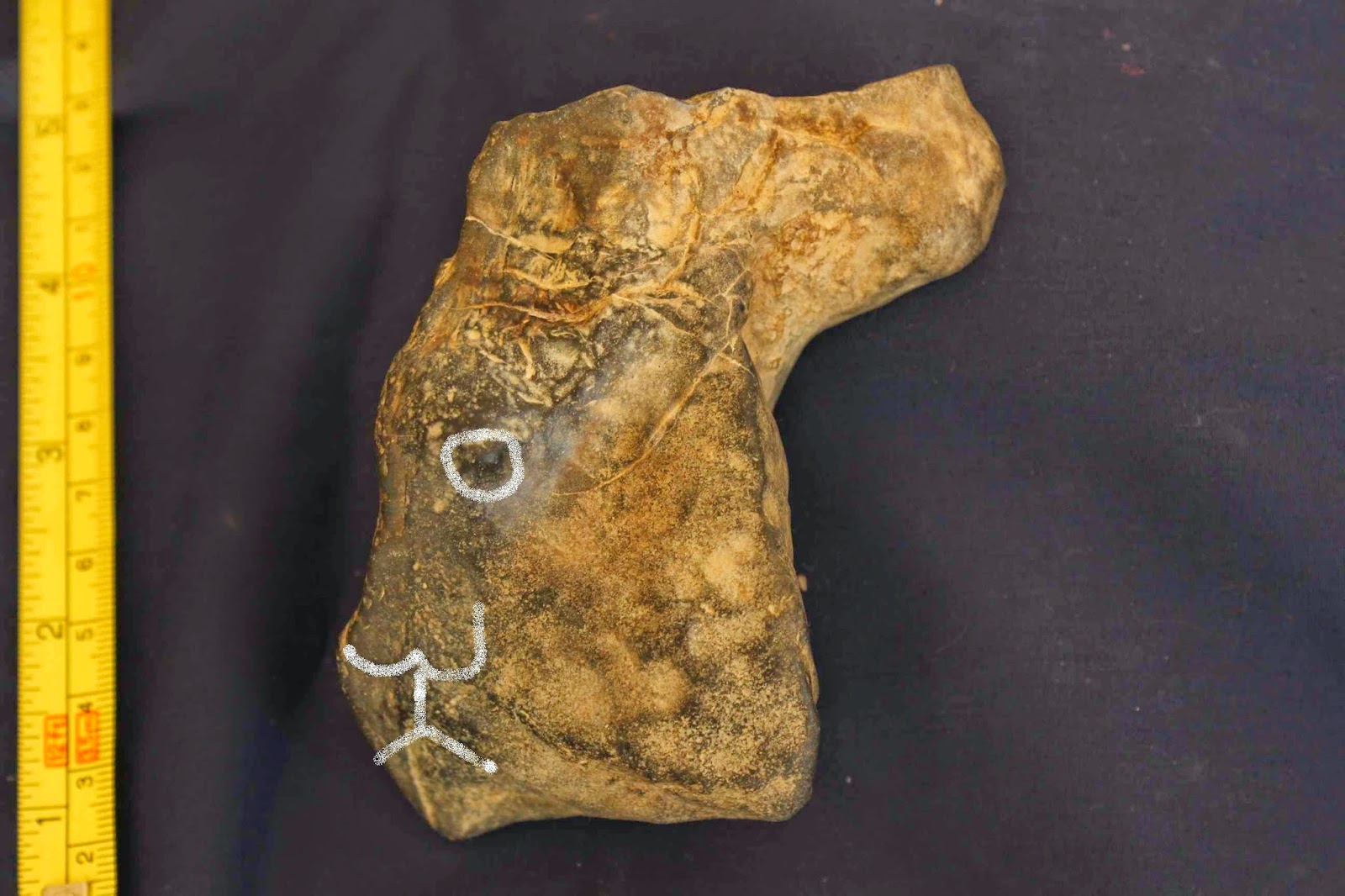 Ken Johnston illustration of a feline head profile facing left combined with the horse head figure while it faces right. Despite thousands of years in the earth, faint traces of the feline head, including a worked eye feature, should be verifiable by careful scientific examination. The patination on this object suggests it may have been used as a "rubbing stone." 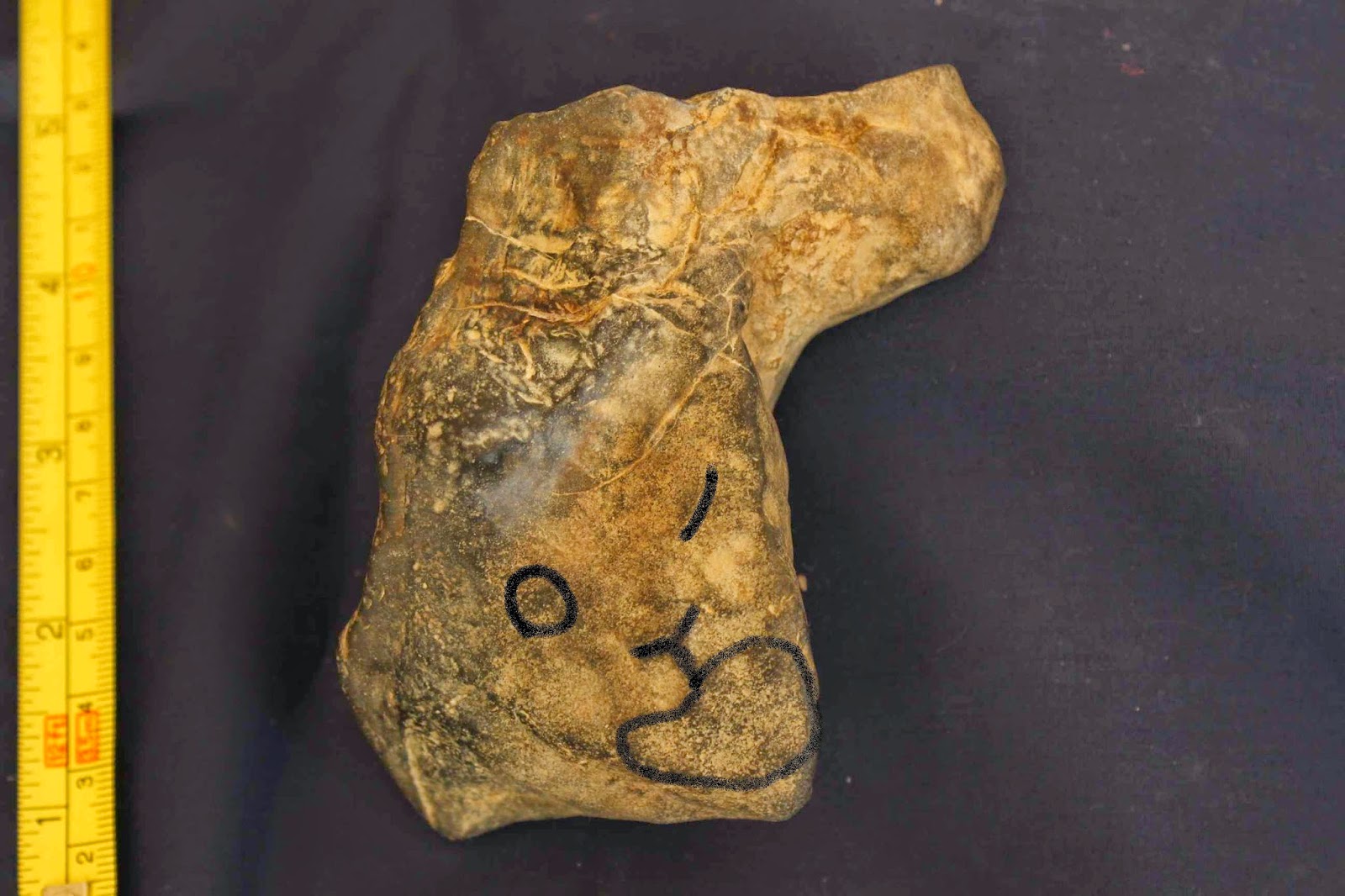 Ken Johnston illustration of faint remnants of a second feline face viewed straight on with an open mouth in what is the smoothed and patinated part of the stone. 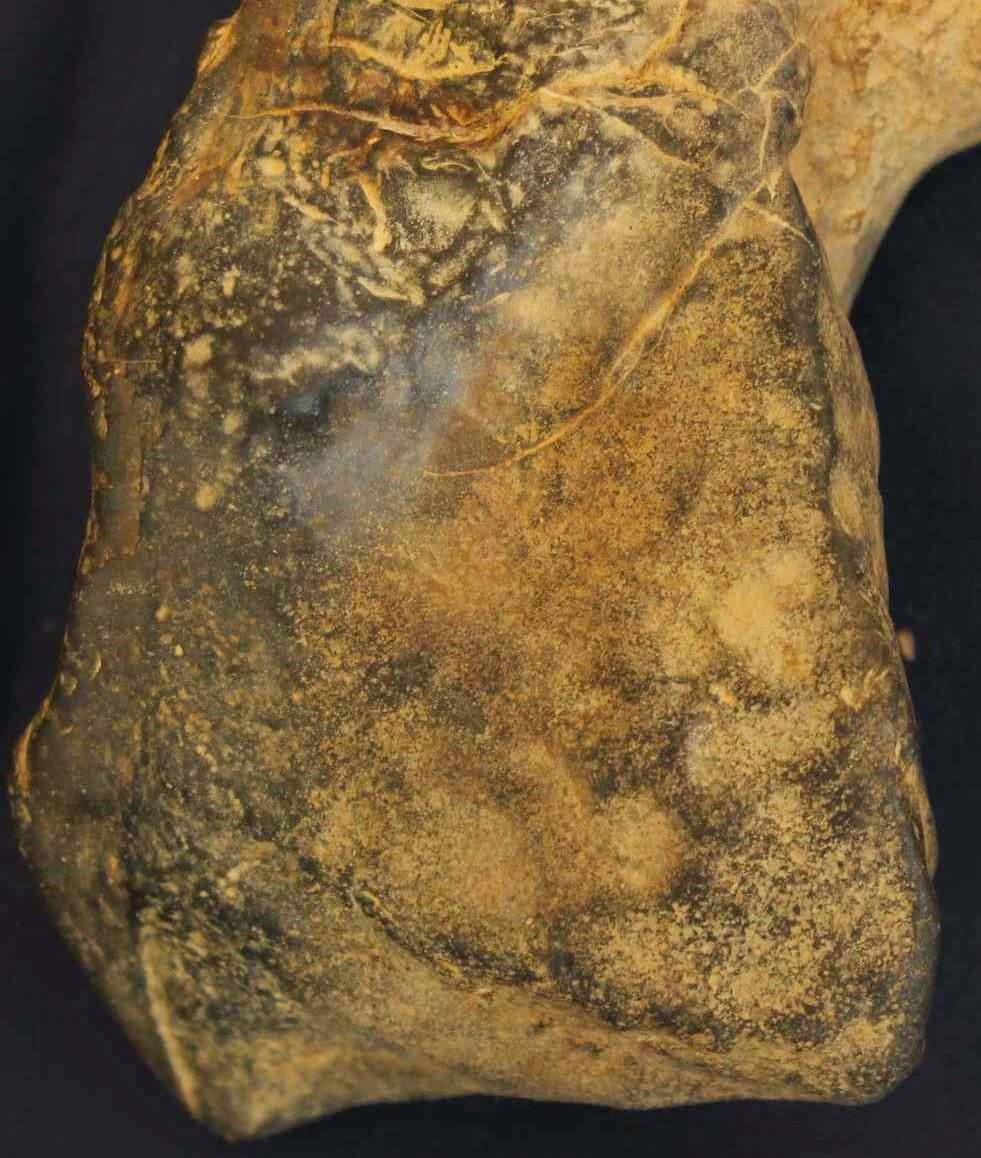 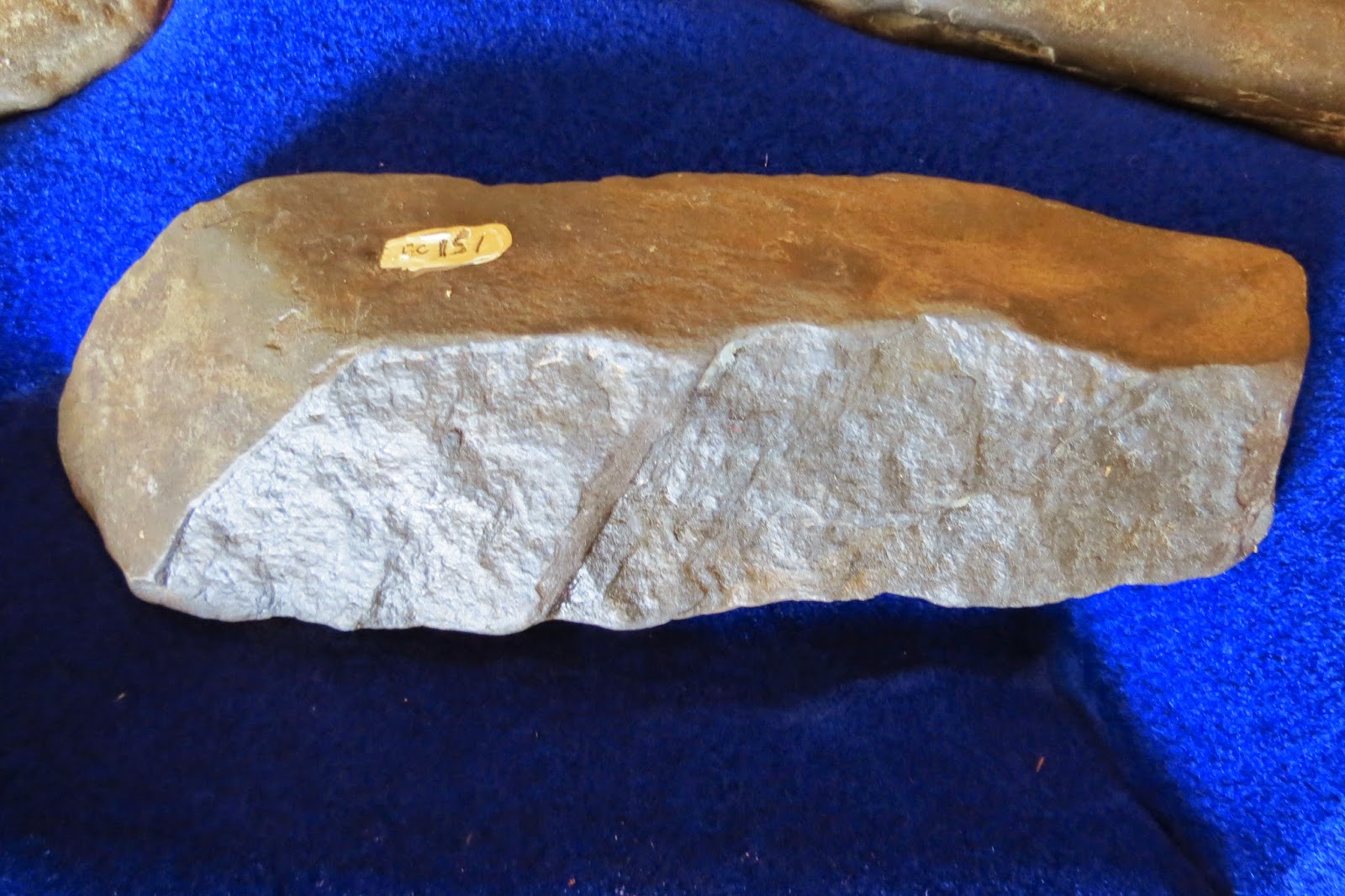 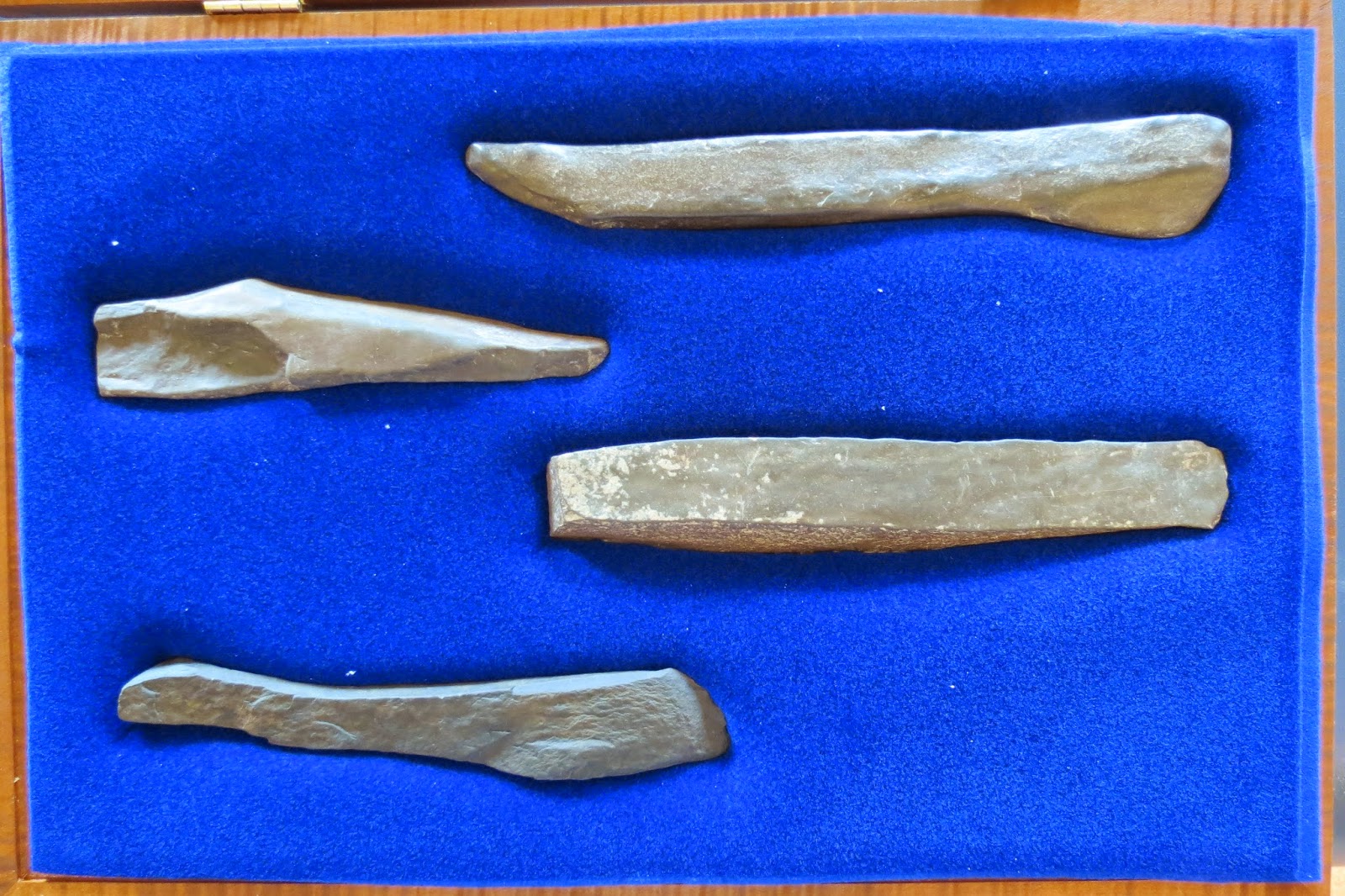 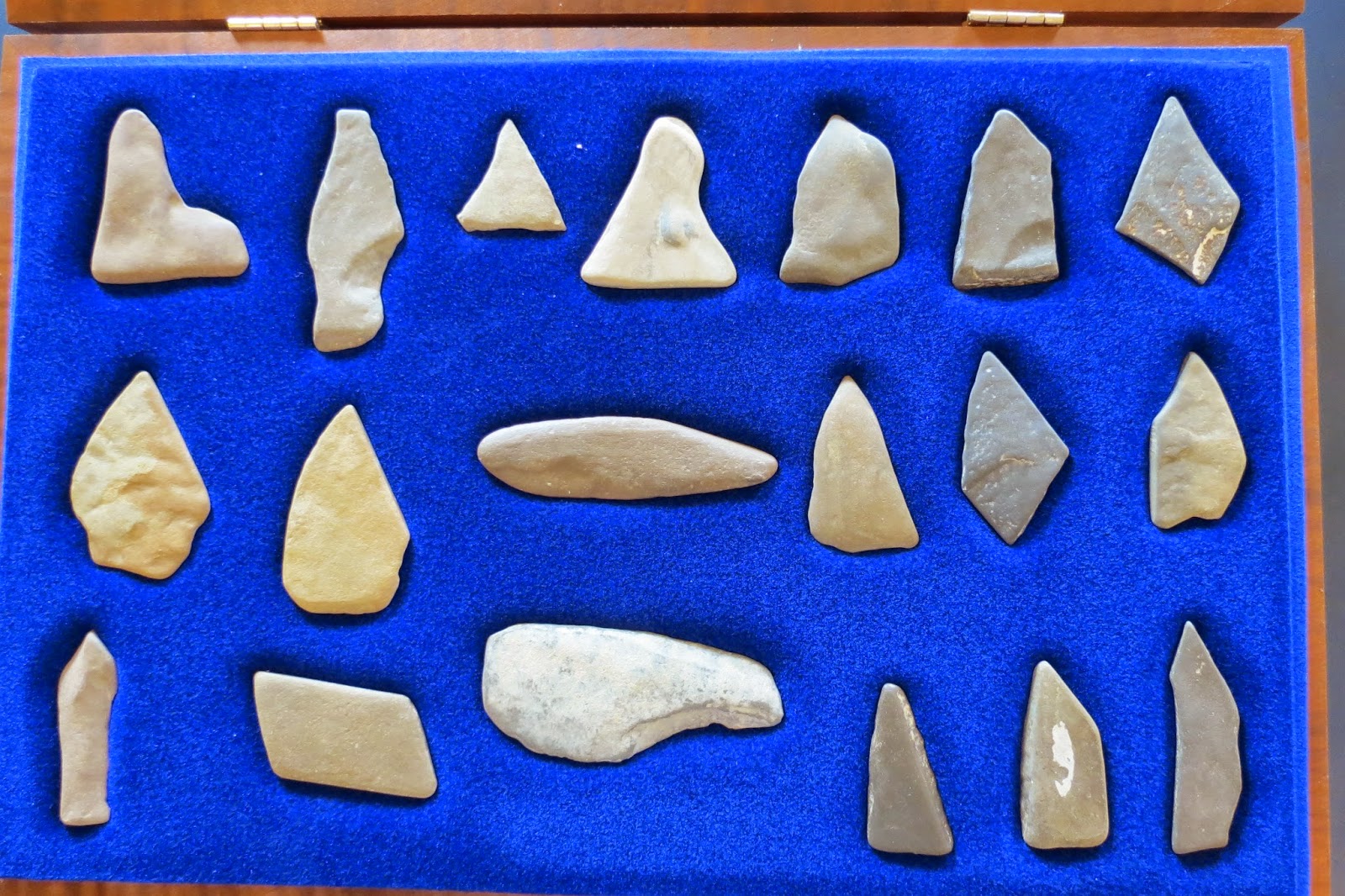 Suspected cultural stone debris from the Arkfeld site
Posted by Ken Johnston at 8:30 AM