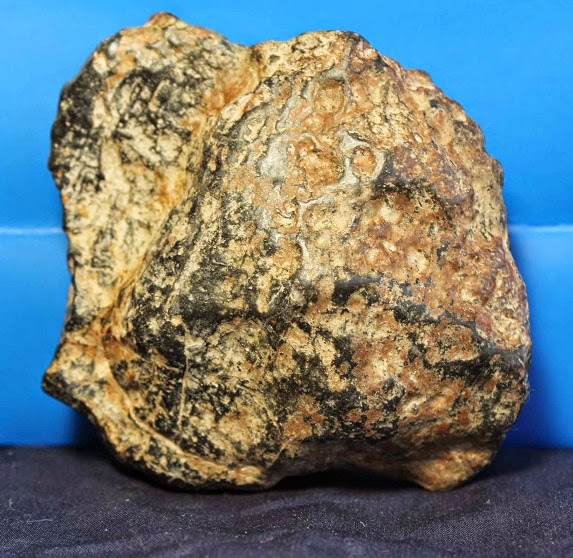 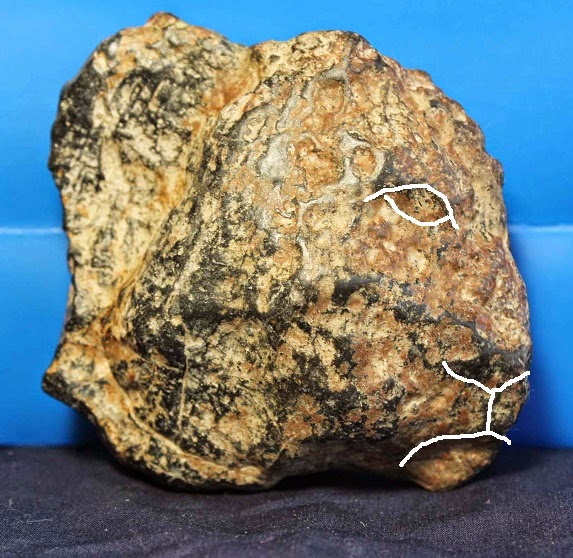 Ken Johnston interpretation of feline head incorporated into the posterior of the mammoth. This may be seen as analogous to the lion sculpture from the Kostenki  I site in Russia pictured below but in opposite orientation with the mammoth facing left and lion facing right 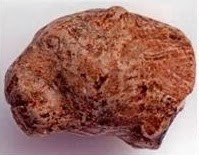 From spiritboat, "In light of the analysis of Herva and Ikäheimo, compare the following two carved figurines, below, from the Ukrainian refuge. (They are from Kostenki 1 site in Russia, representing the Kostenki-Avdeevo Culture, an upper Palaeolithic culture that is dated between 26,000 and 12,500 years before the present.)"

Sculpture at right is a mammoth outline depicted facing right with a lion head incorporated into its posterior like the Virginia example.

"The figurines are a mammoth and a feline, both of sandstone with red ochre. The mammoth sculpture on the left is not elaborate in its detail.  Herva and Ikäheimo say, “Artefacts that play a marginal role in social interaction may be less elaborated than those contributing to the formation of self-image.”  This might mean the carving was for “situated” uses other than ritual ones, for example, as a children’s toy.  On the other hand, owing to the amount of detailed working, we might hazard the guess that the feline on the right is likely to have been executed as a ritual object." 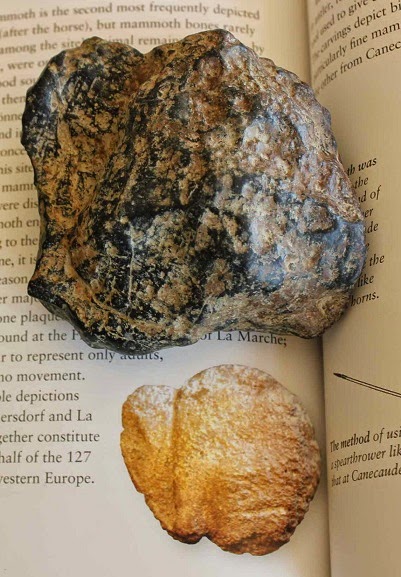 Adam Arkfeld compares this mammoth figure from his site to one from Avdeevo, Russia, seen here in Mammoths: Giants of the Ice Age by Lister and Bahn. 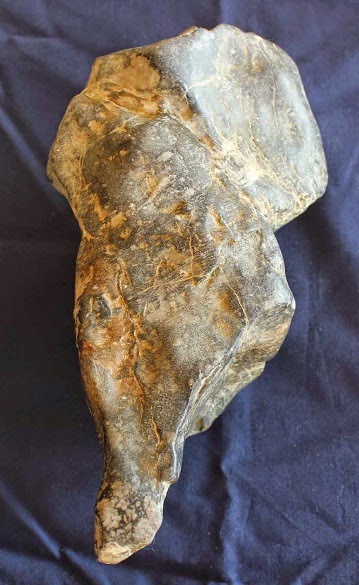 Portable rock art mammoth head and trunk depiction, found by Adam Arkfeld in immediate context of the mammoth and lion head sculpture featured here.
Posted by Ken Johnston at 10:28 AM