A "Feline in Lordosis" sculpture from the Spout Run archaeological site in Bluemont, Virginia

The cat is in silhouette facing left here. It may be encrusted with remnants of a red ochre based pigment.

I found the "Feline in Lordosis" sculpture within about 10 minutes at the Spout Run site. Like the nearby Arkfeld site, this place will likely produce even many more examples of portable rock art in the future. The photos here suggest a rabbit likeness to some who have viewed them. Because of the age and weathering of the artifacts and our lack of all the cultural background including visual cues of the past, exact interpretations of animals are often difficult. Based on my experience, I believe the sculpture was made based on familiarity with, and significance given to, the mating behaviors of felines.
. 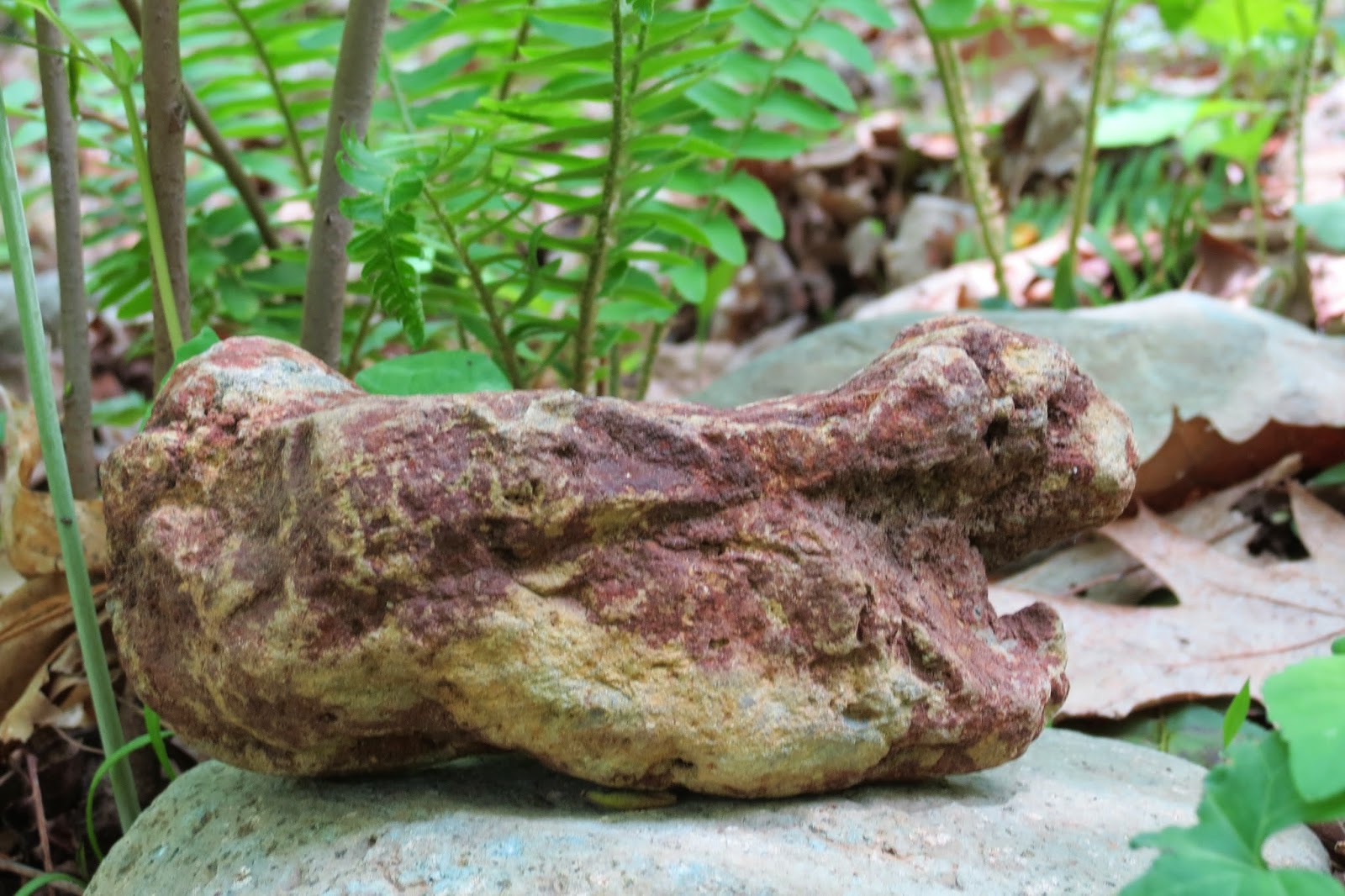 Pigmented Feline in Lordosis, side 2, facing right. The cat's posterior is depicted as raised at the left end of the figure here, ears folded down and leg forward in a display to indicate readiness to copulate. The figure is about 14cm long.

Chris and René White discovered the Spout Run site on their property. Here, Chris shows a stone bear figure he has identified. Having taken bear himself from the property, he is personally very familiar with their appearance and imagery. (photo from the Winchester Star) 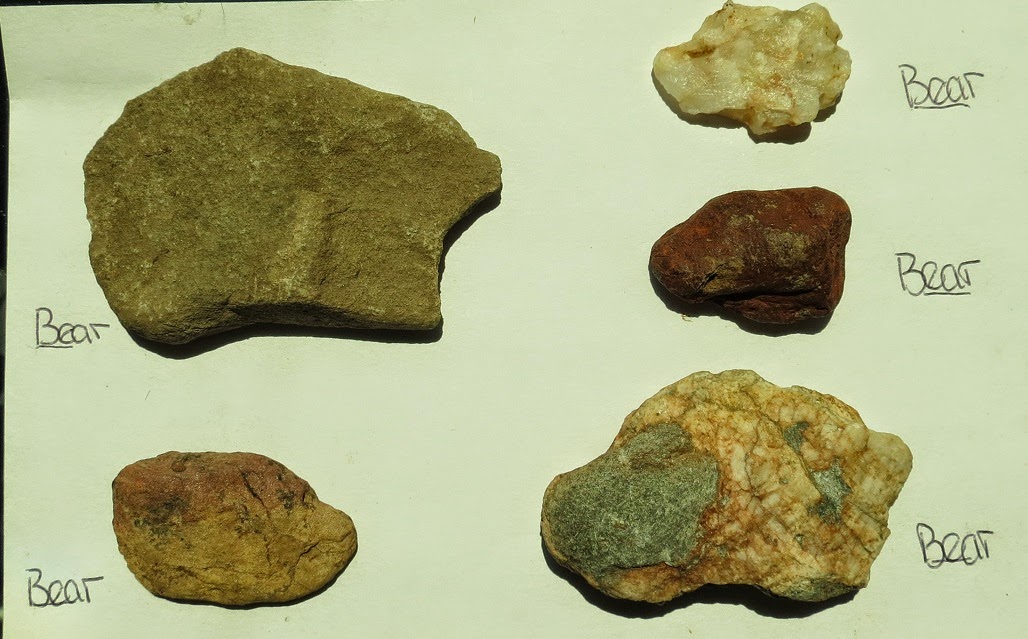 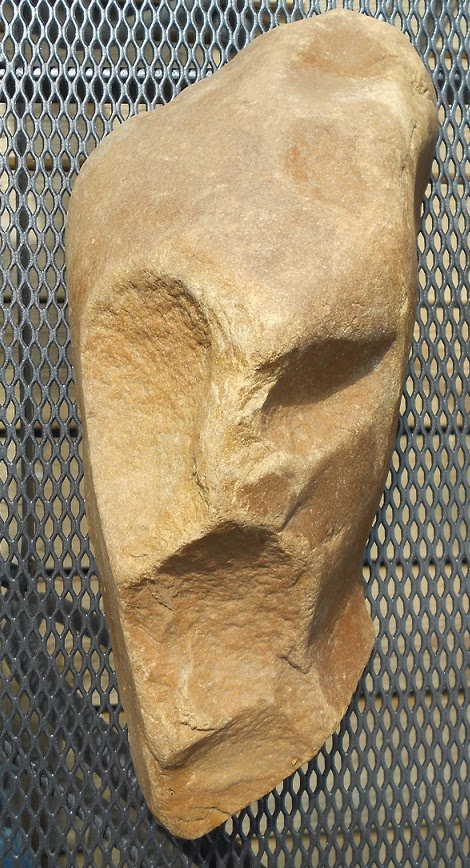 A flaked anthropomorphic face mask figure identified by Chris. I think it is possible the crested dome of a mammoth head is incorporated into the forehead of the human in this "tall face" depiction. This "shared human forehead with mammoth" is seen in other examples on this blog.

René and Chris White survey part of the concentric circles stone works identified at the Spout Run site. A piece of burned jasper from the site was dated at 10,470 years before present so it provides some limited contextual information supporting a Paleolithic human presence at the site location. (photo from the Winchester Star) 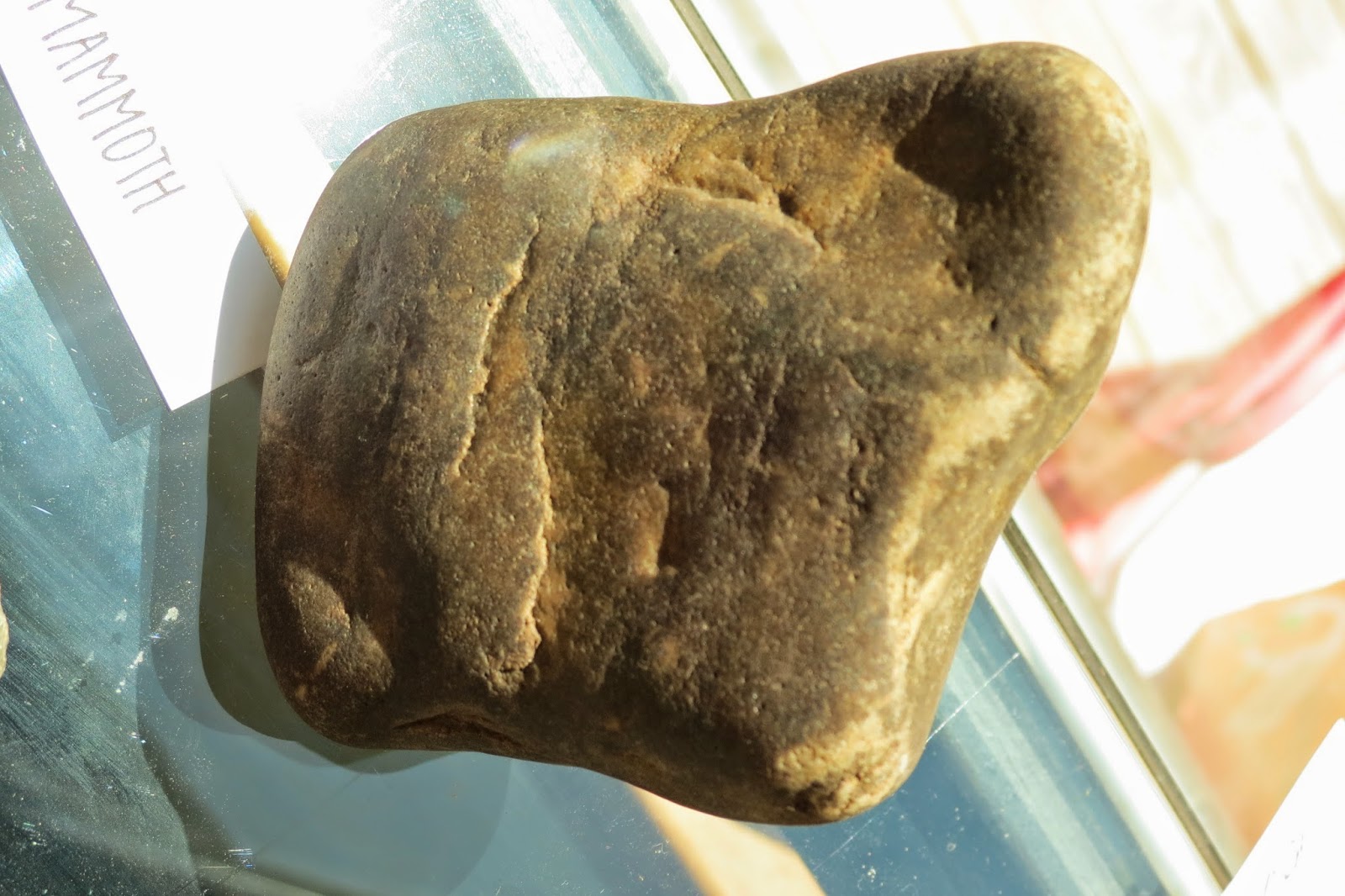 Stone likeness of a mammoth identified by Chris White at Spout Run. The mammoth figure has six vertical marks on its side which could be human made. There are three on the front half of the animal and three on the back half. Other possible mammoth figures have been identified and will be featured on this blog in the future. 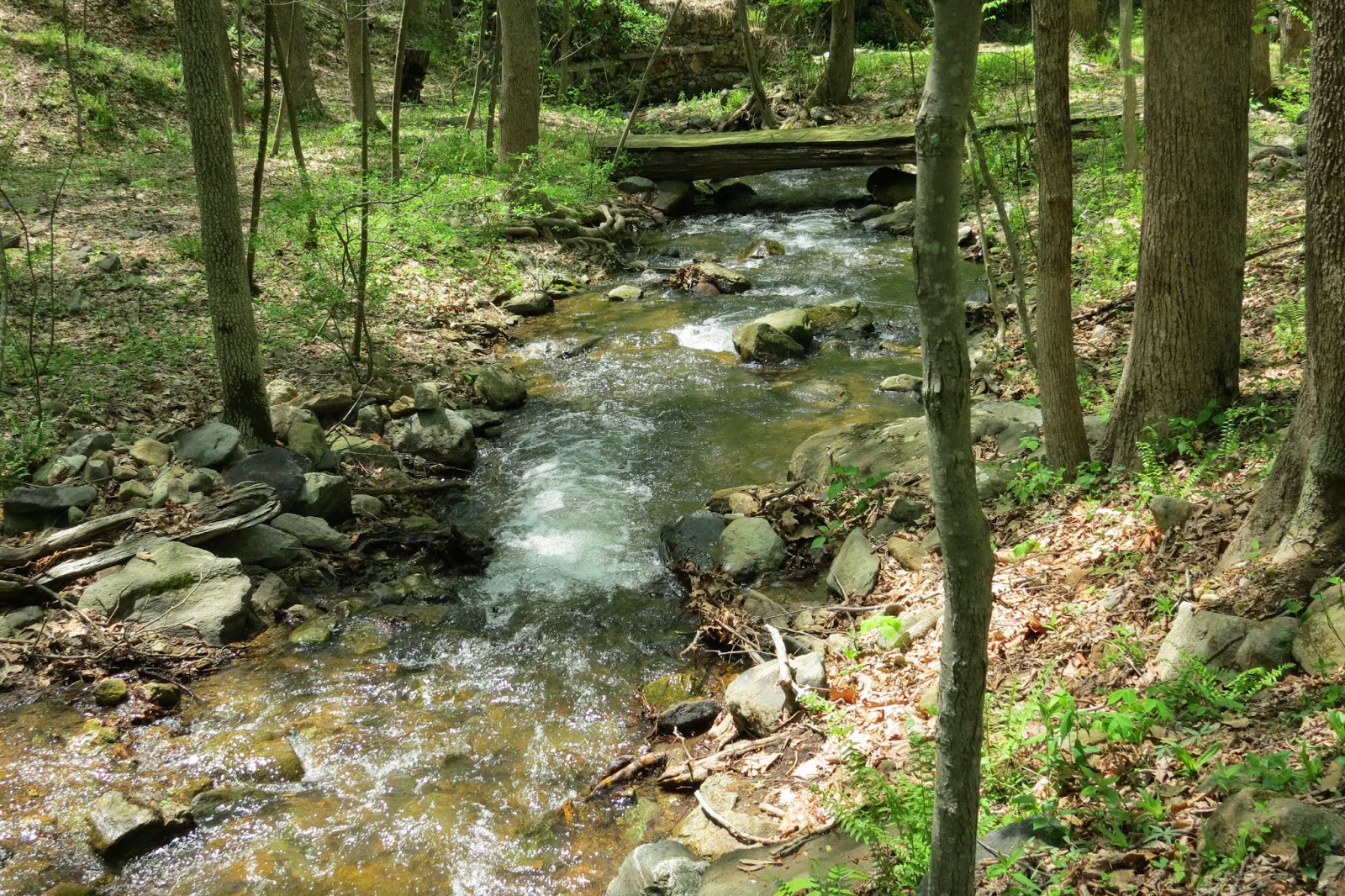 .
Spout Run, a tributary creek of the Shenandoah River, flows through Chris and Rene's property and the stone works and portable rock art finds are located just adjacent.

Spout Run archaeological site is about 17 miles as the crow flies from the Arkfeld farm archaeological site featured recently on this blog. The respective site owners are working together to document suspected tools and portable rock art objects and have already noticed significant similarities in lithic materials from the sites.
Posted by Ken Johnston at 12:00 AM