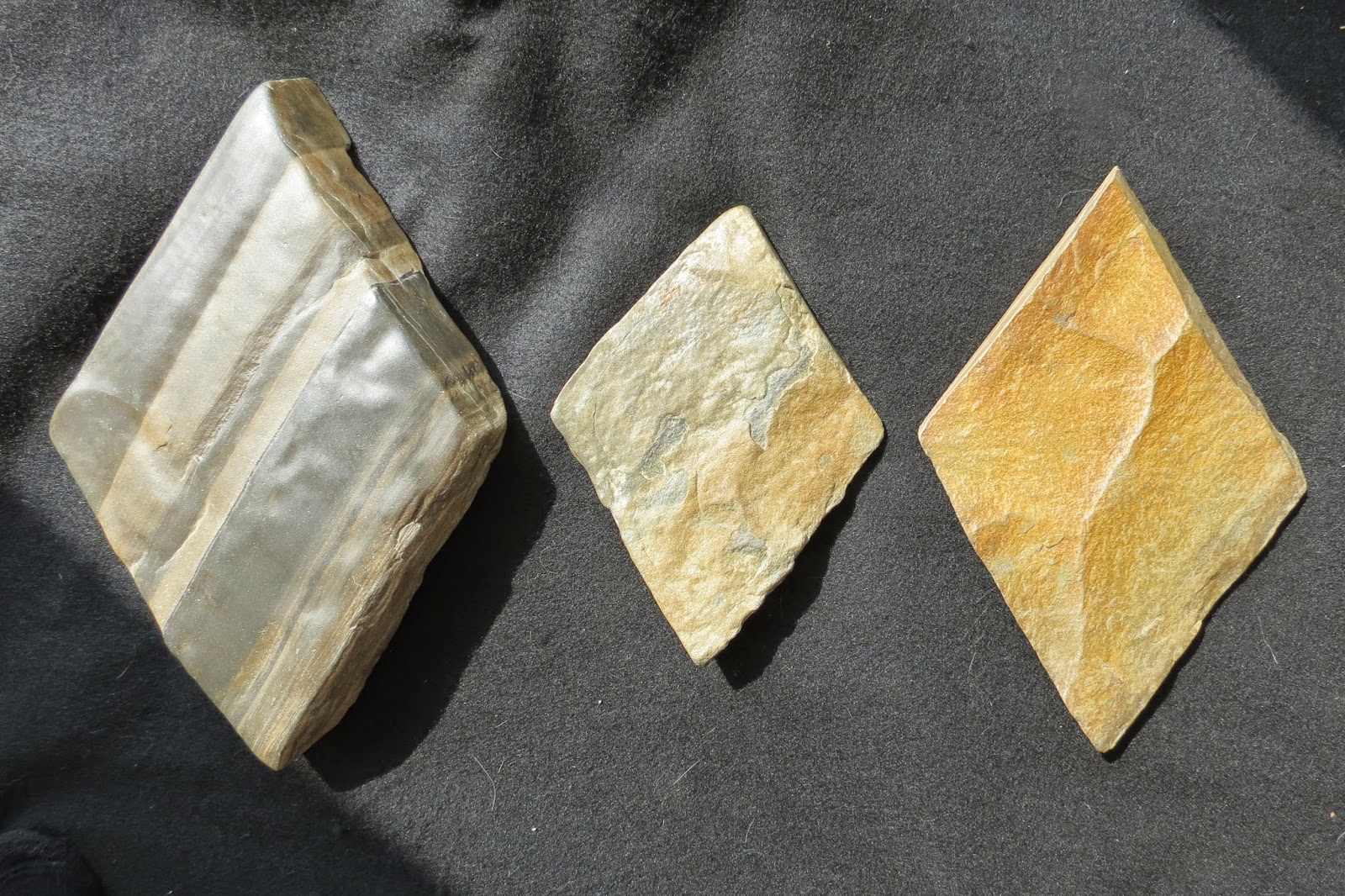 Giant diamond-shaped plaques found by Adam Arkfeld in a context of other portable rock art objects and tools. They have no apparent tool function or wear and are strikingly beautiful. They appear to be artifacts of deliberate manufacture. They were aggregated by human activity (curation of the objects) as they were likely imbued with a cultural significance. The stone material is available and was likely quarried and shaped at the Arkfeld site. 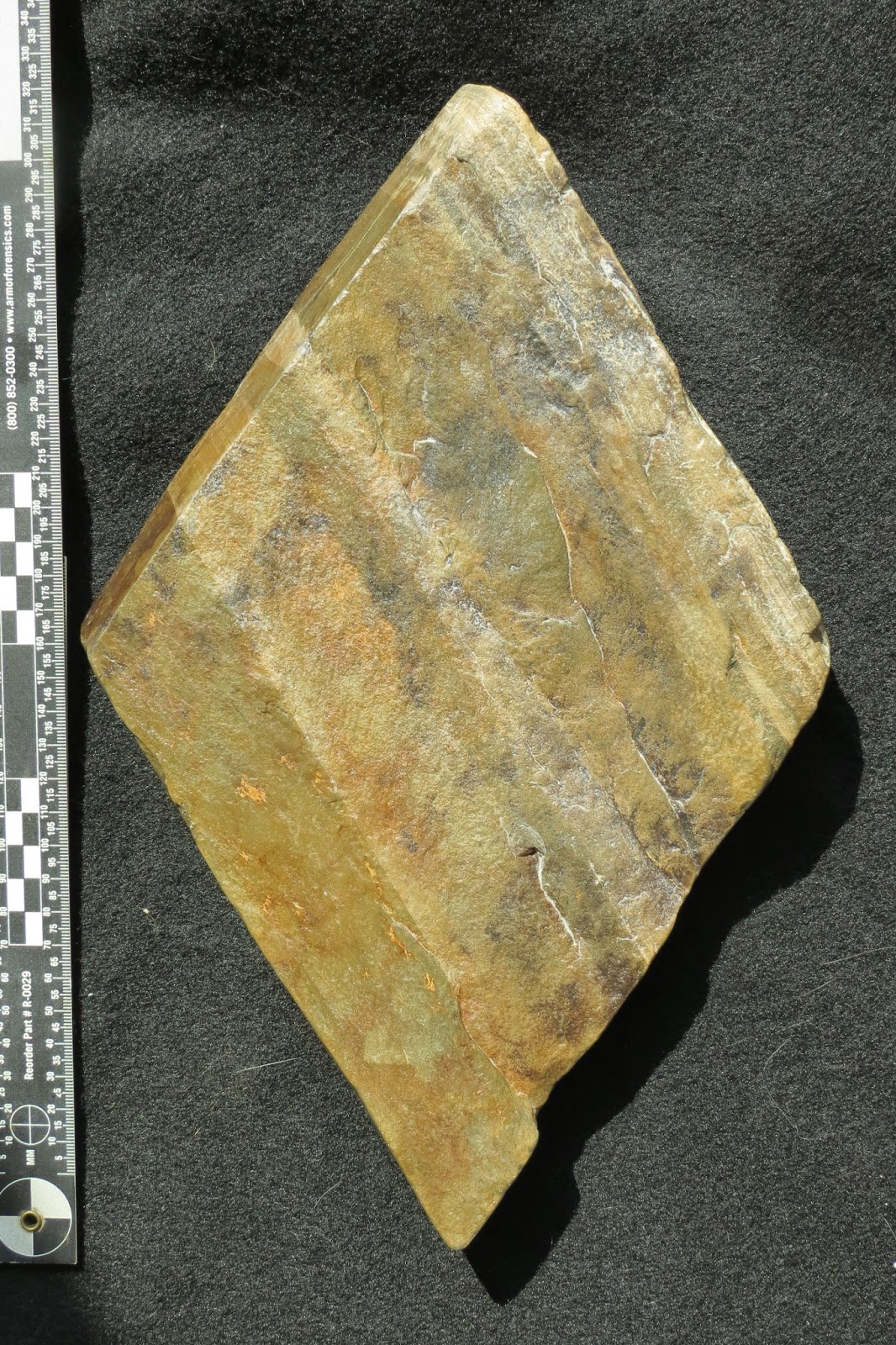 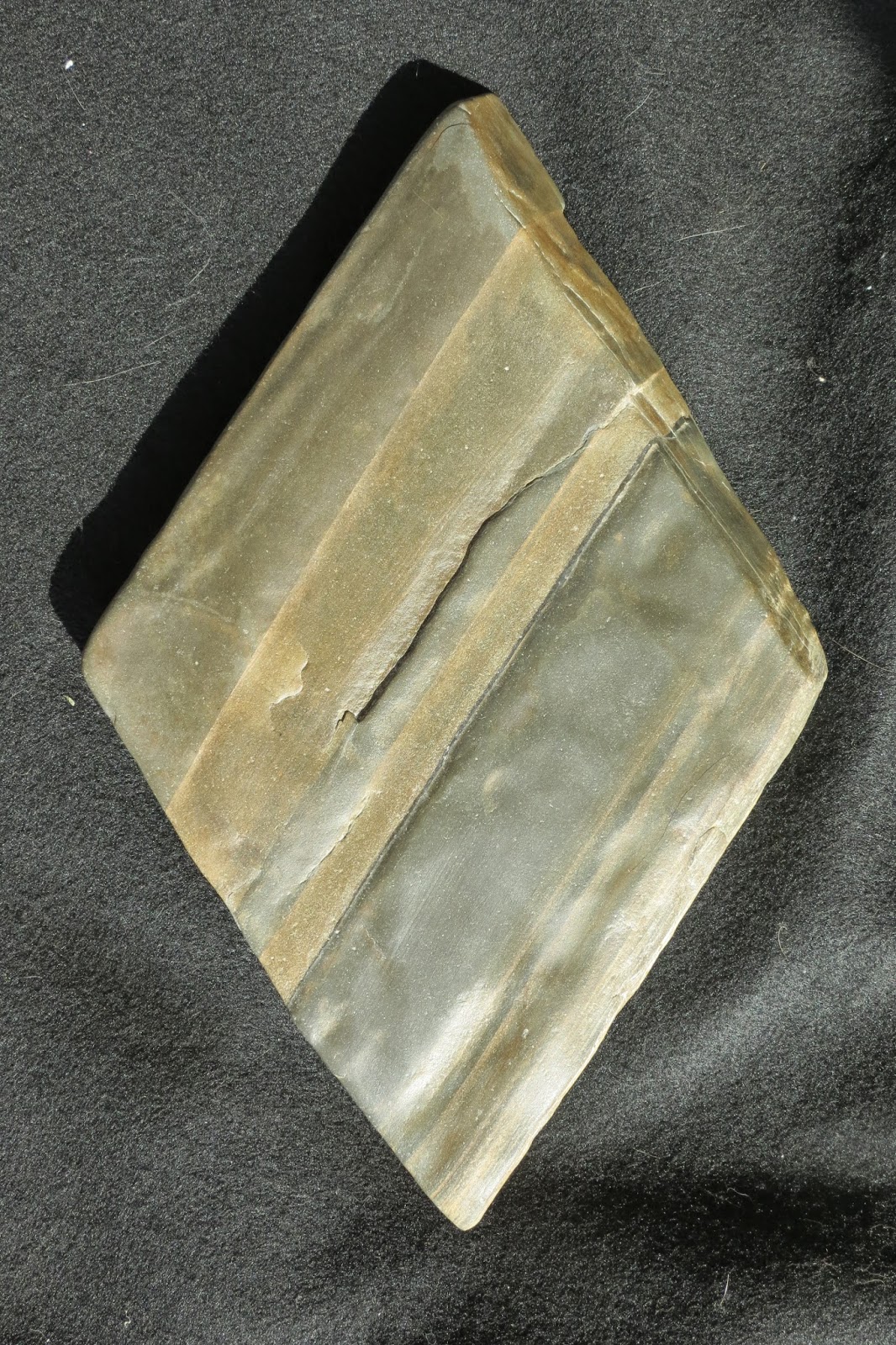 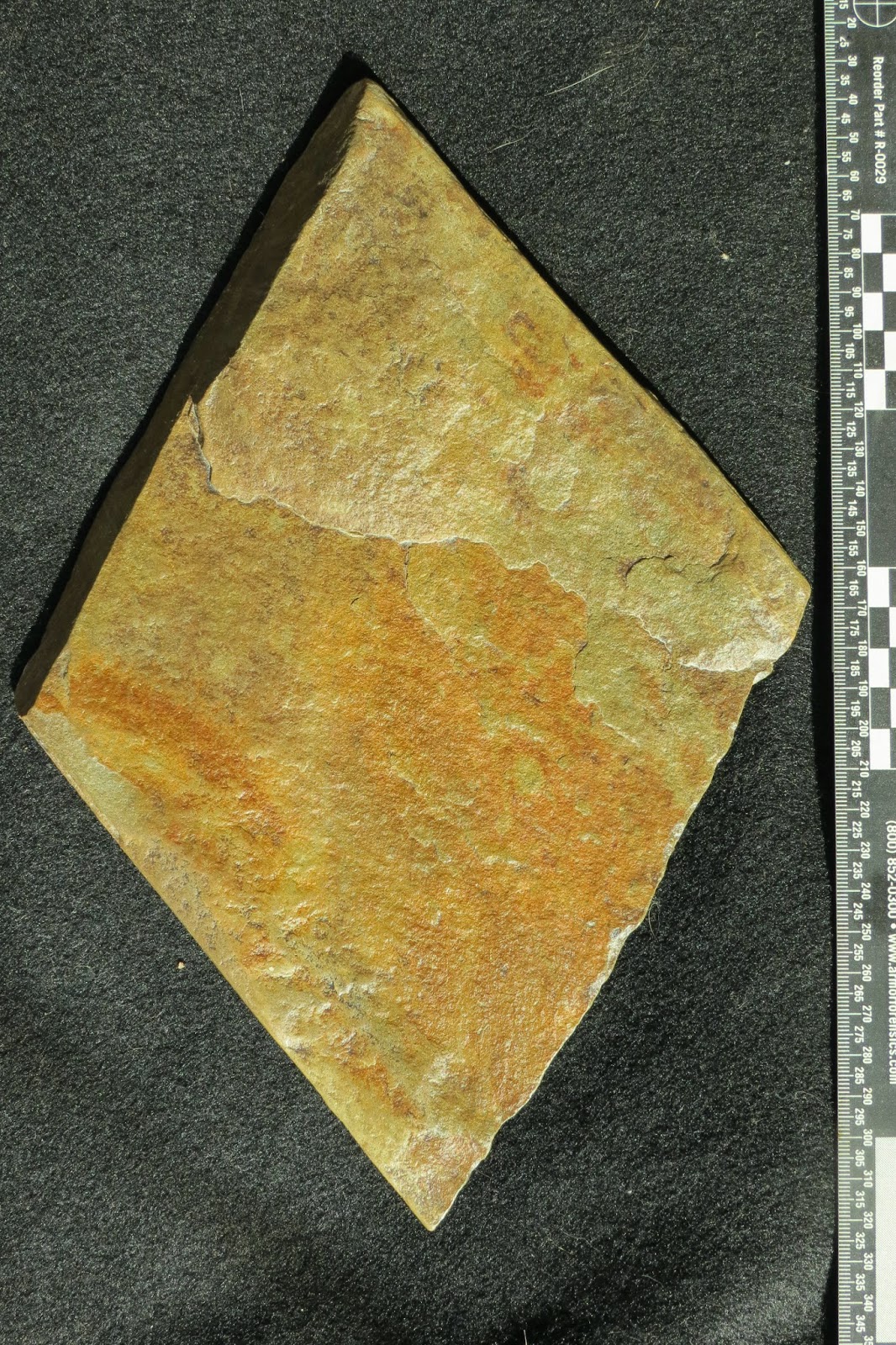 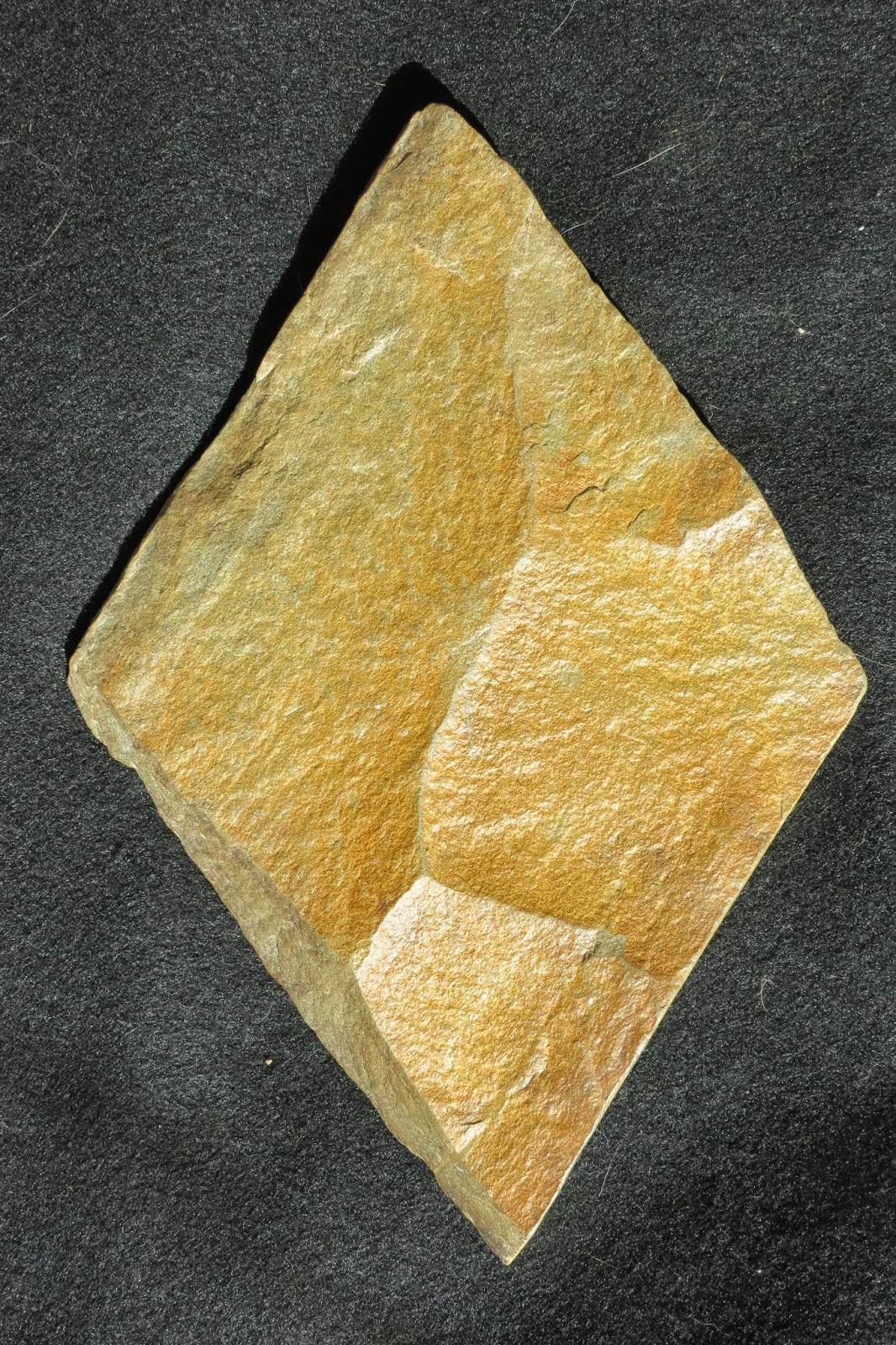 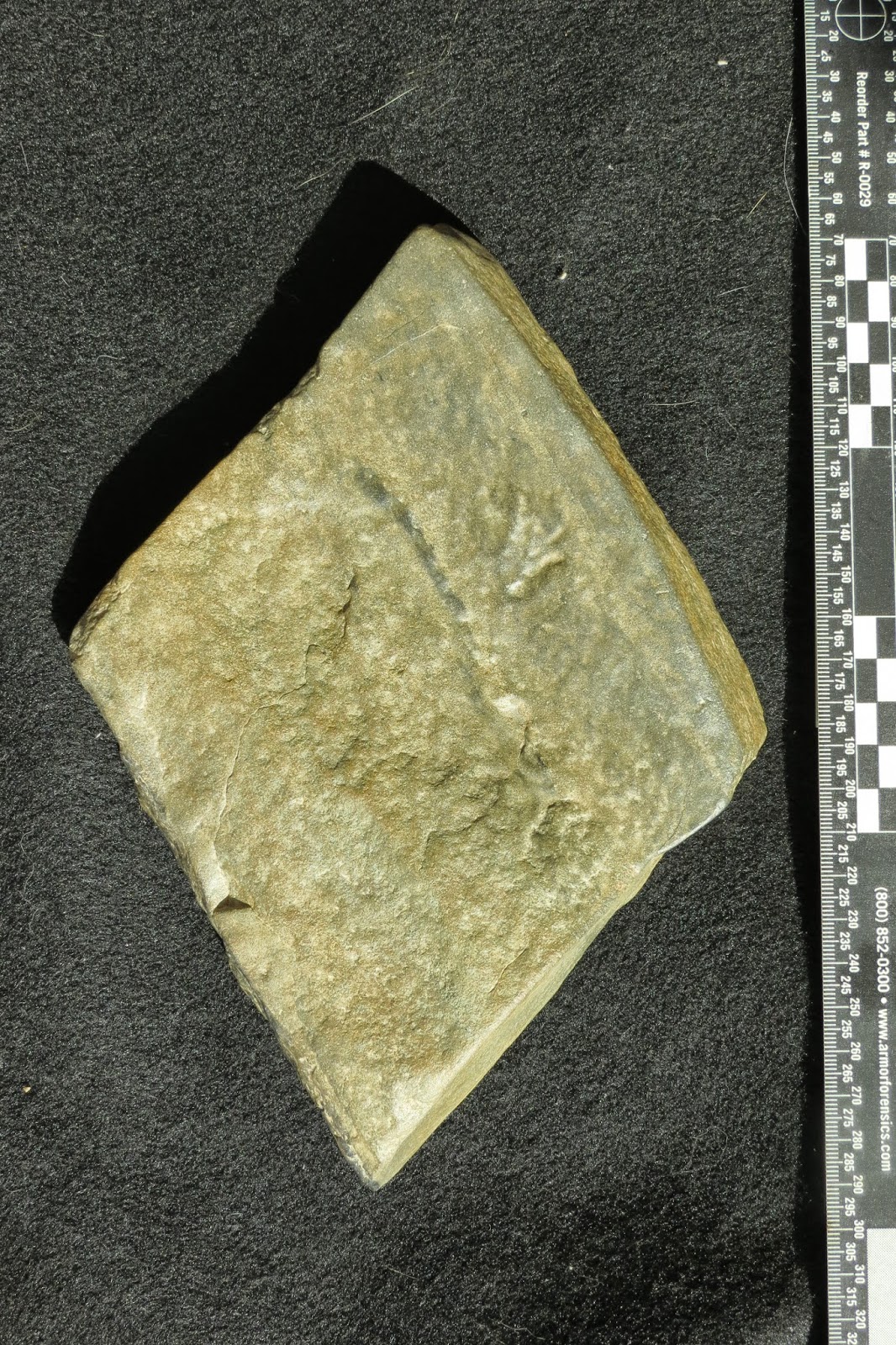 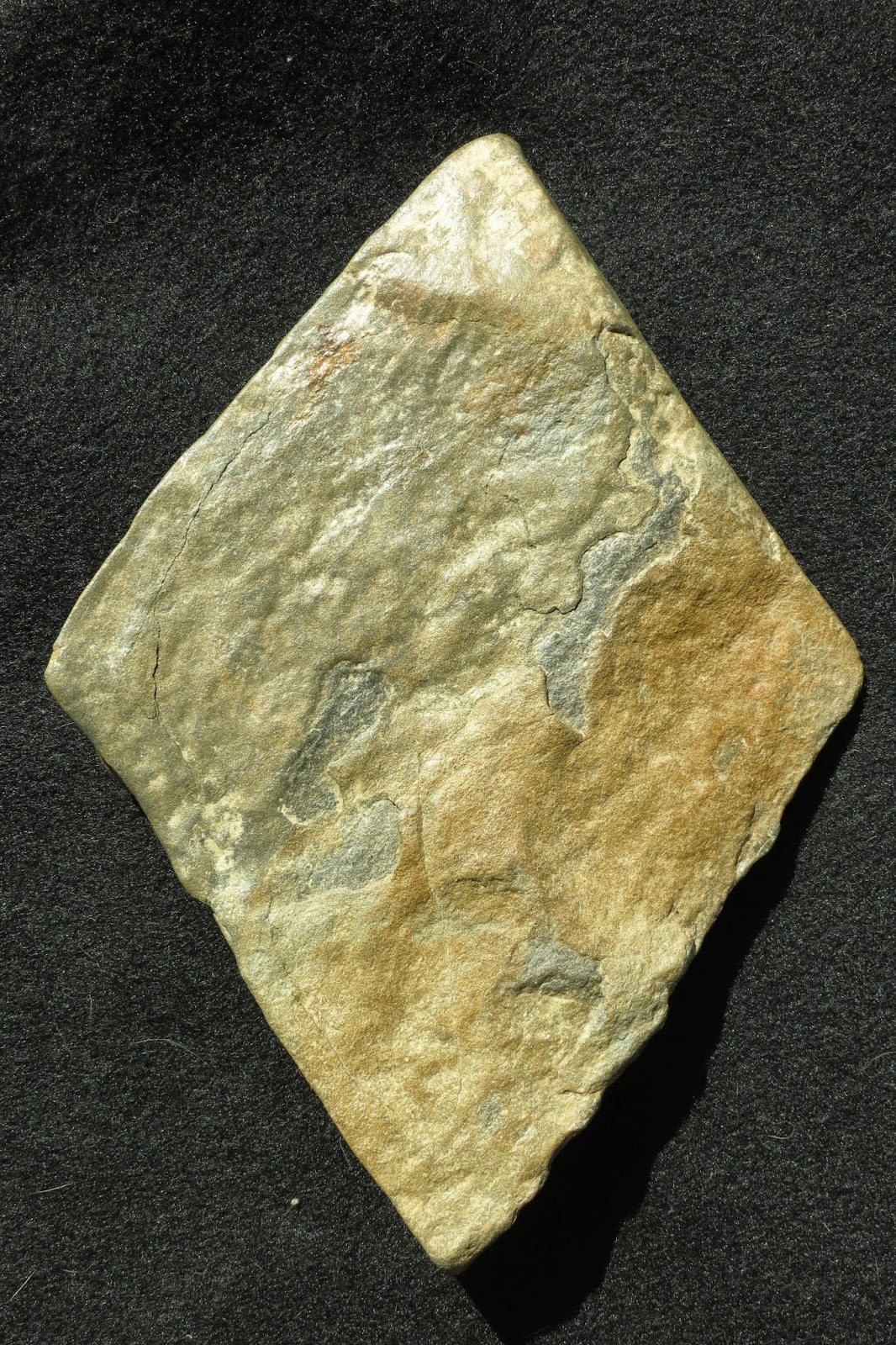 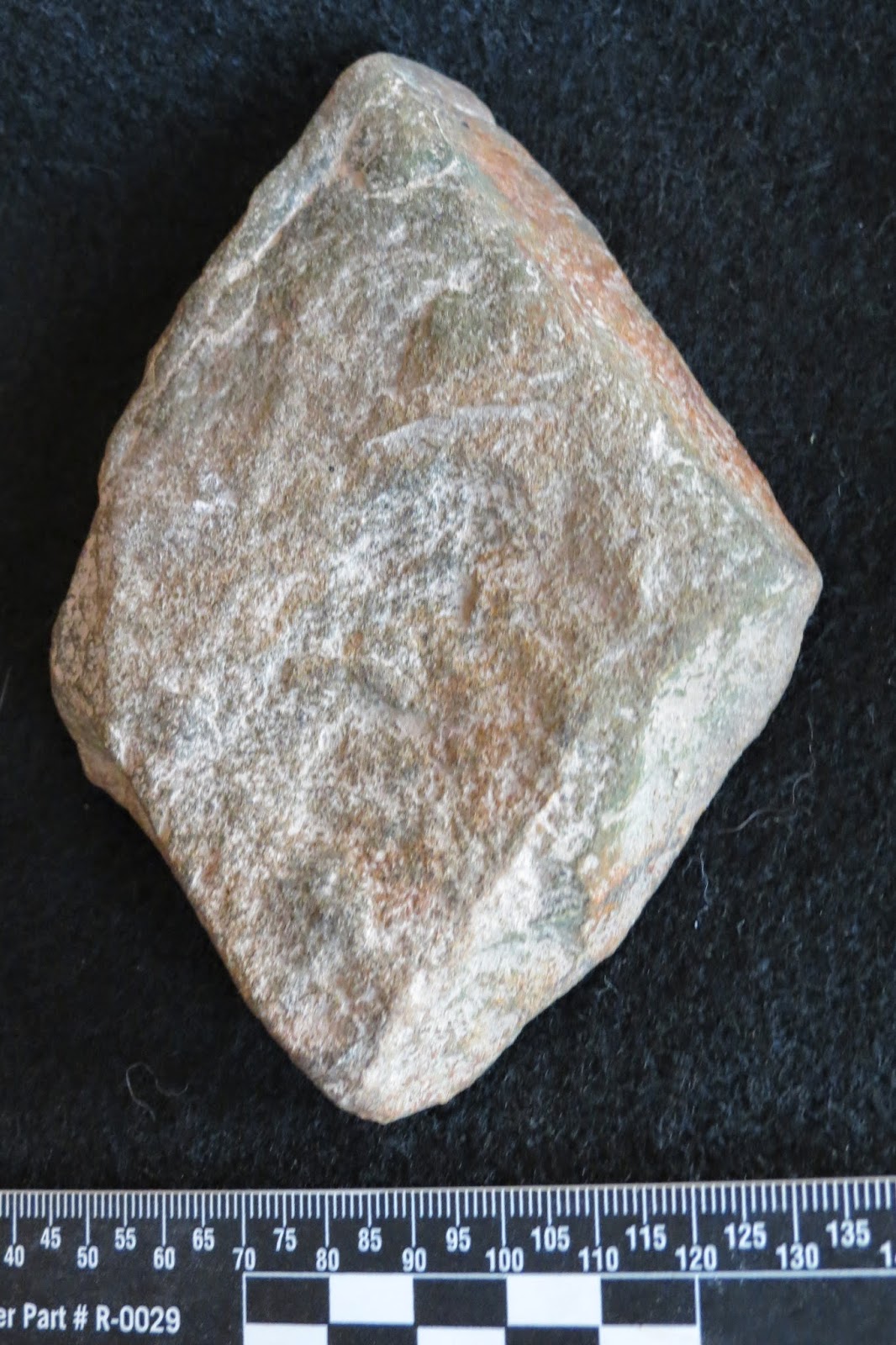 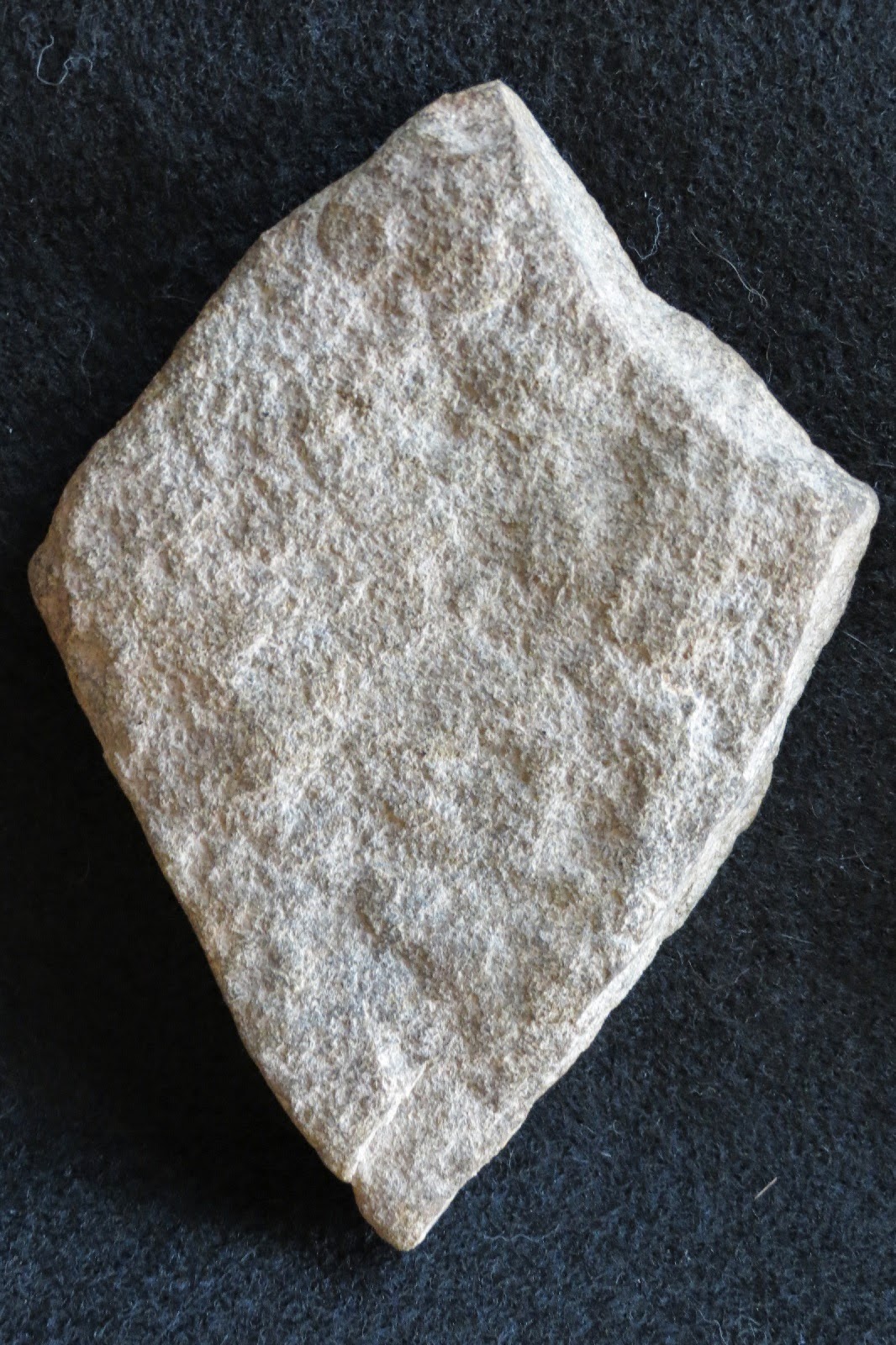 Arkfeld site diamond shaped artifact is similar to ones described earlier on this blog as illustrated below. Some of these objects have a similarity to the German-described tool artifact called Faustkeilblatt from the Micoquian tool tradition of the final Acheulean. There may be a continuum of affinity/significance for the diamond form which passes through tool and art morphologies. 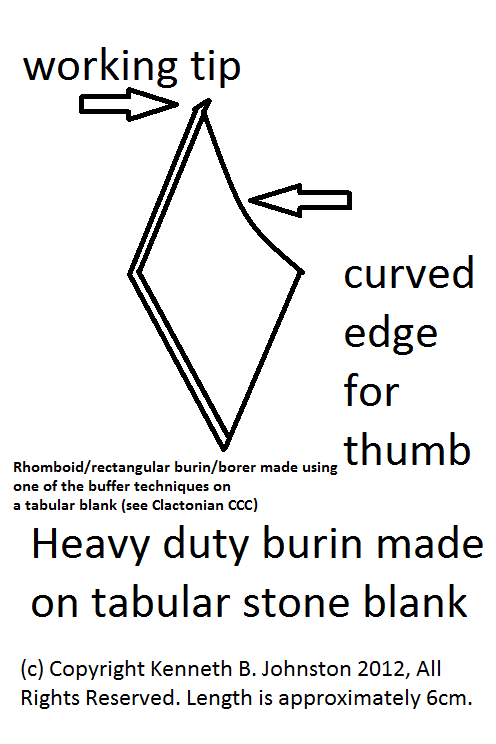 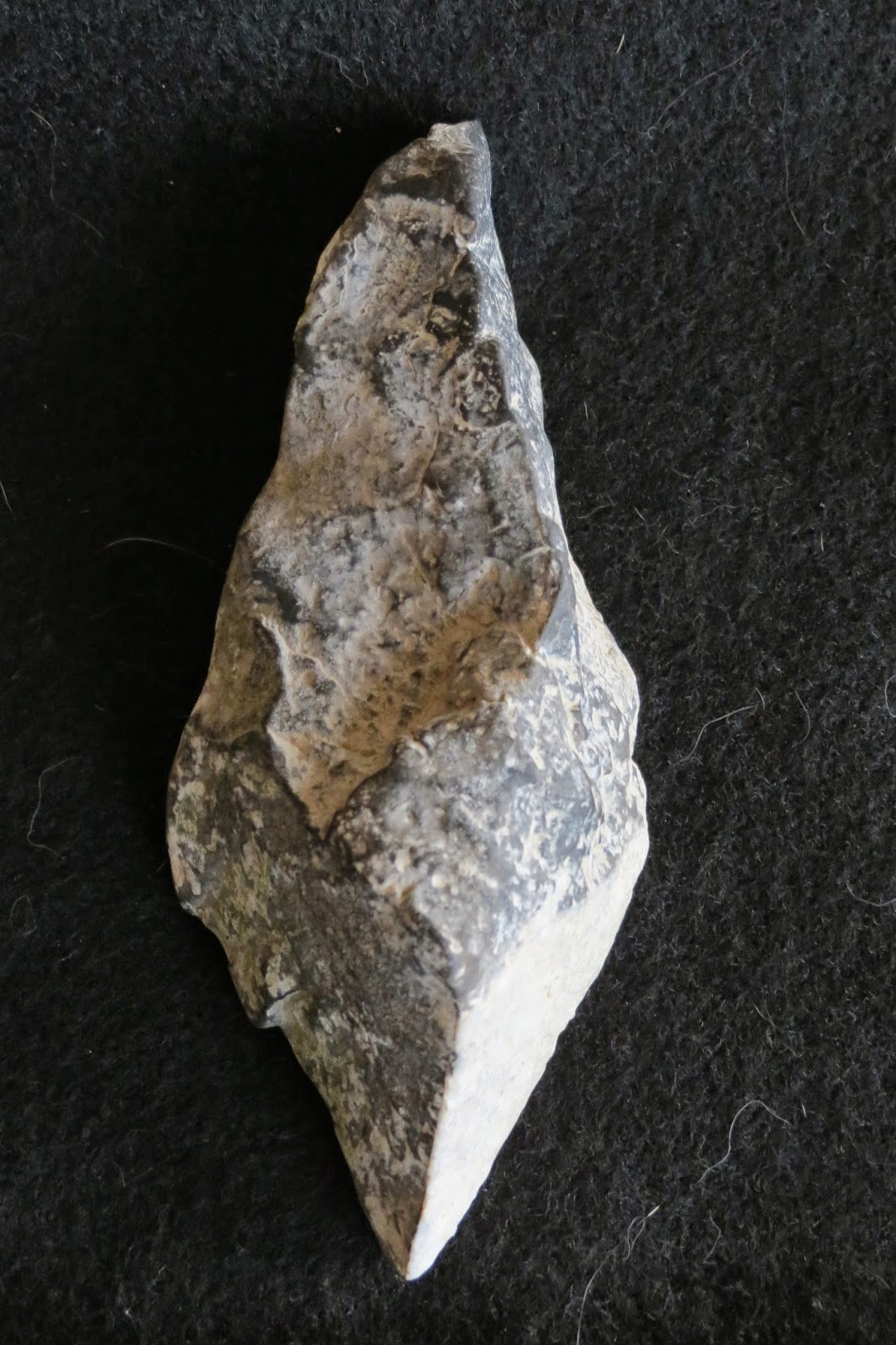 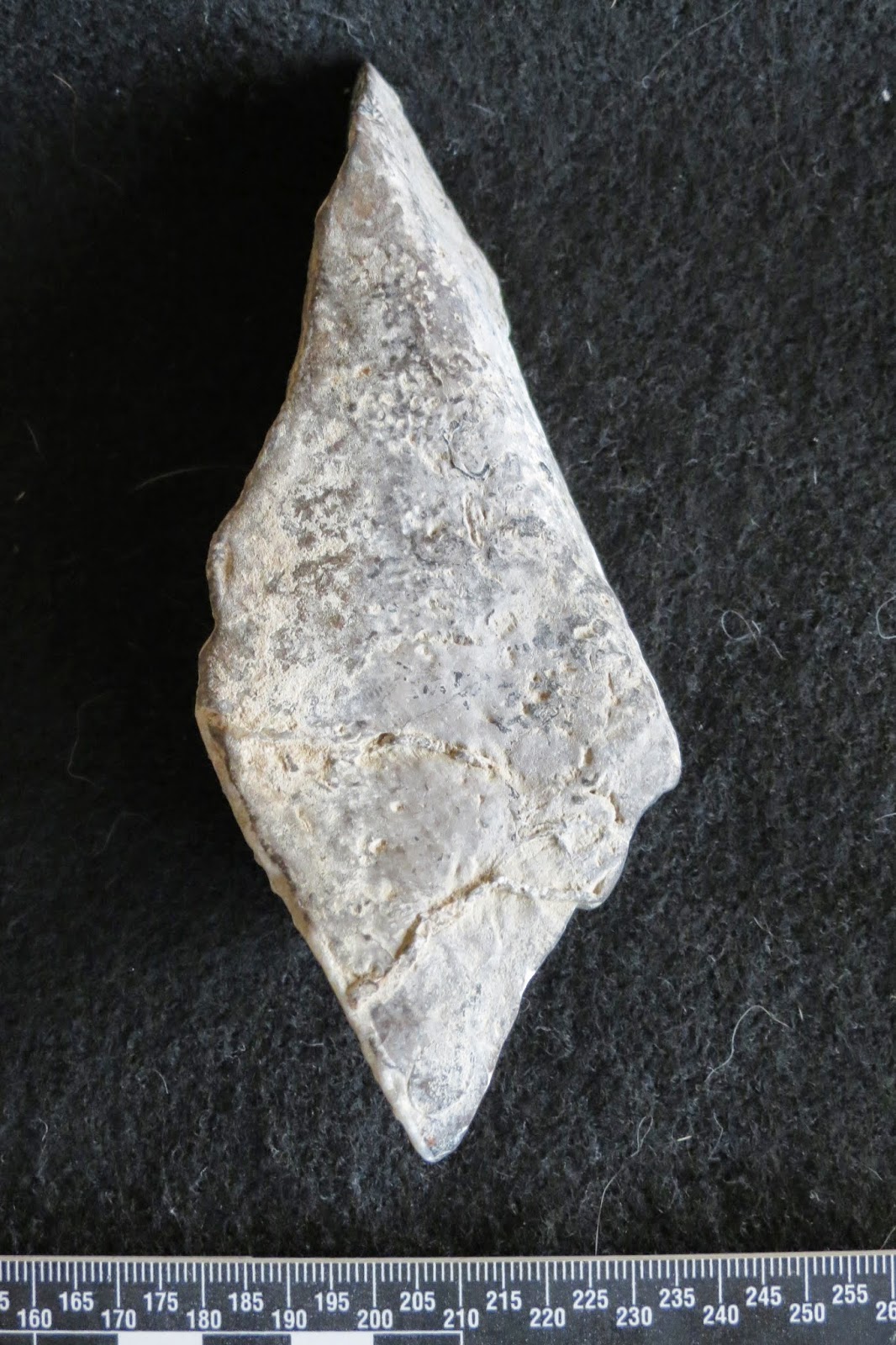 Arkfeld site diamond form artifact may be both symbolic and functional 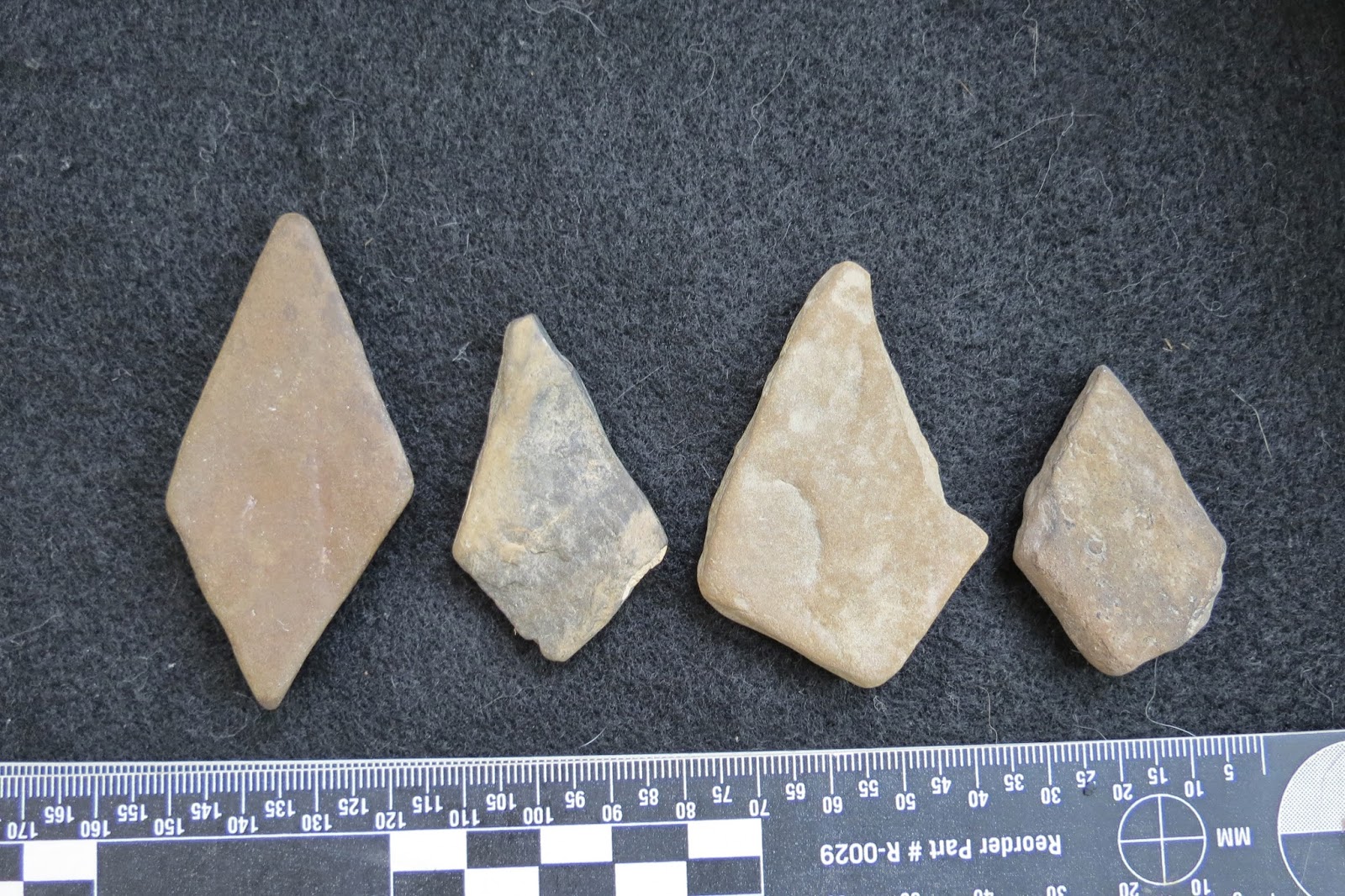 Smaller, rougher, versions like this occur in large numbers at Arkfeld 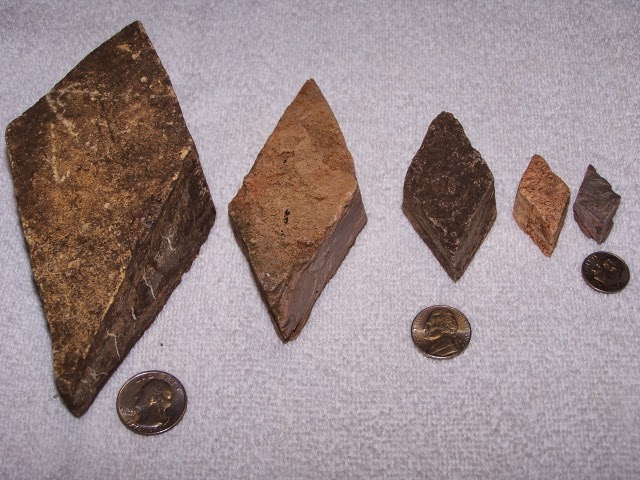 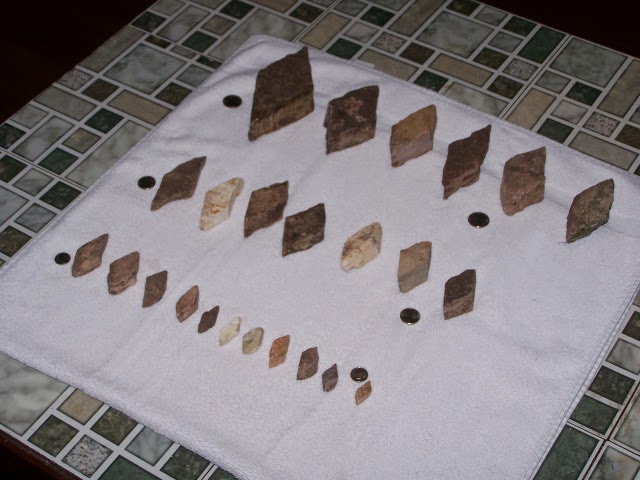 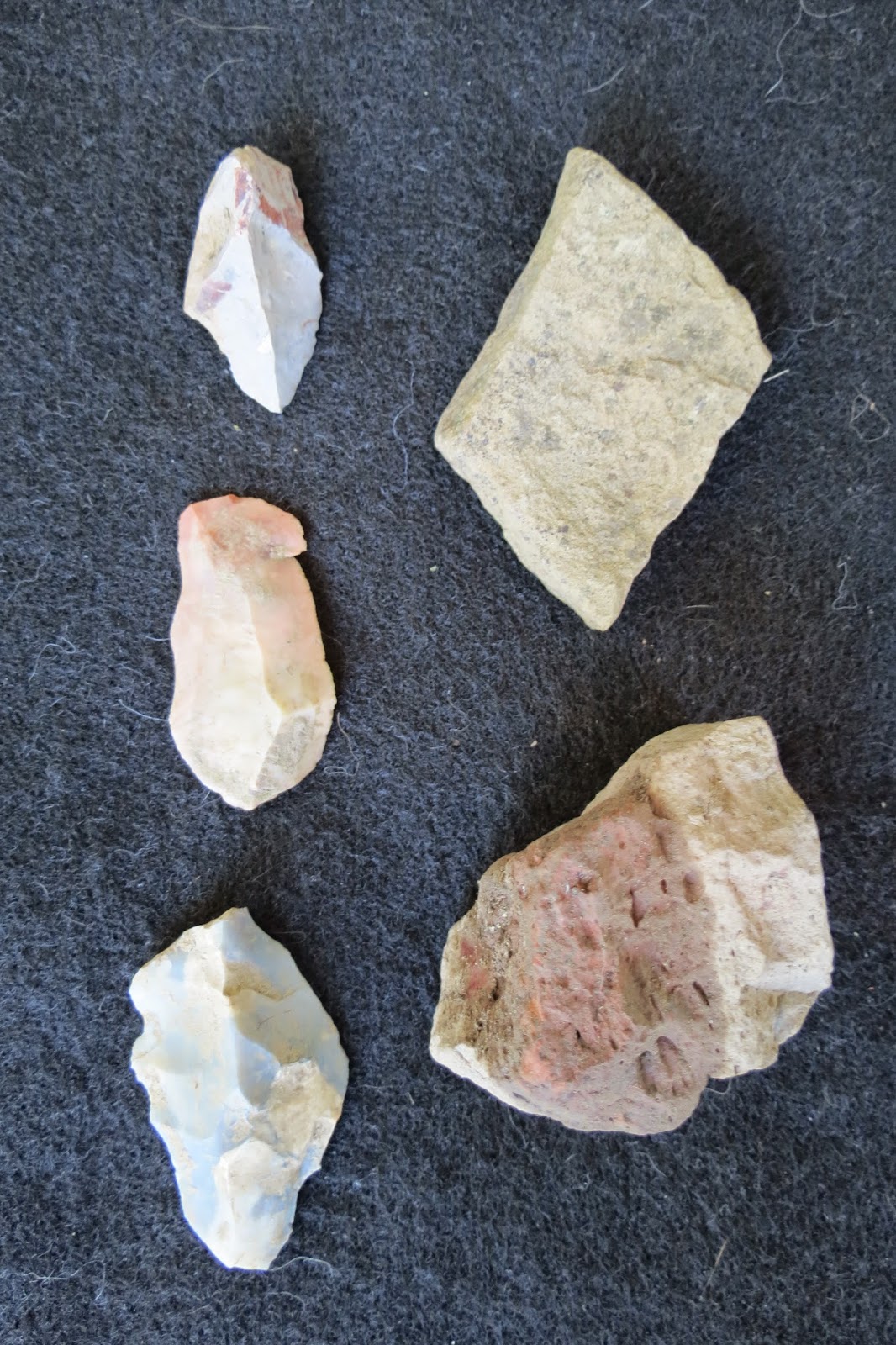 (Top right) The diamond-shaped stone was made on a tabular stone blank using a double-buffer technique where the stone is sandwiched in a vise and edges are broken along the line of tension. These are very common at a suspected Paleolithic site at a spring in eastern Licking County. I set out today with Lyn to find some more and there were too many to count due to recent heavy rainfall. This one is featured because it was found eroding from a hillside within several feet of the three unifacial flint tools (left side) and a utilized red ocher crayon (lower right). 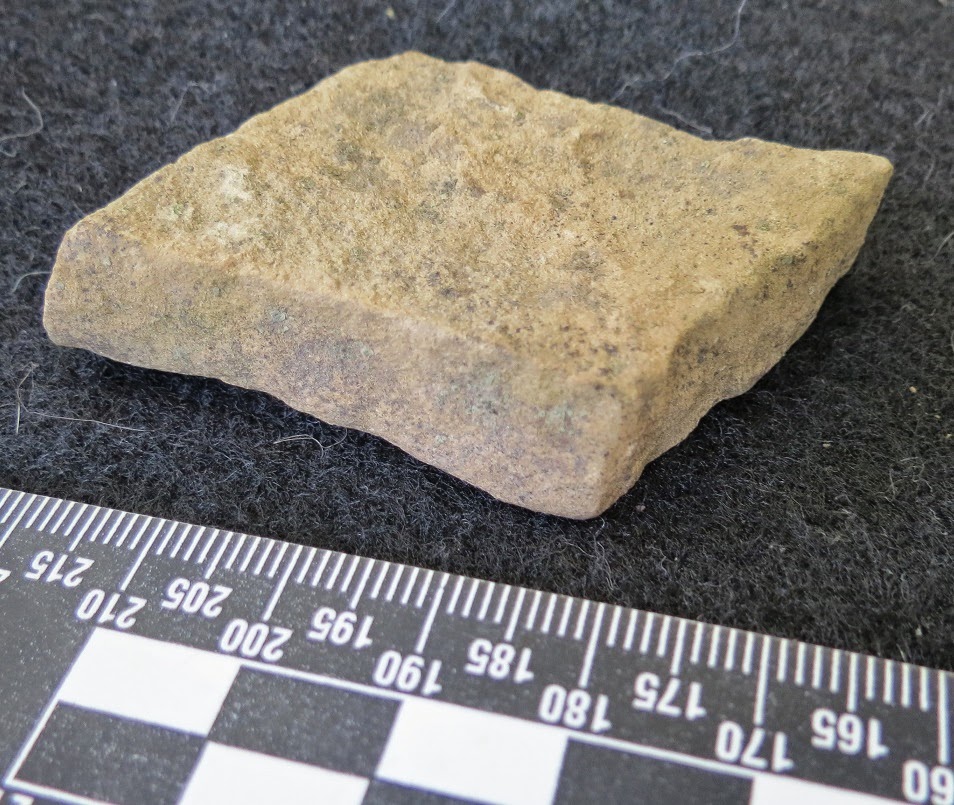 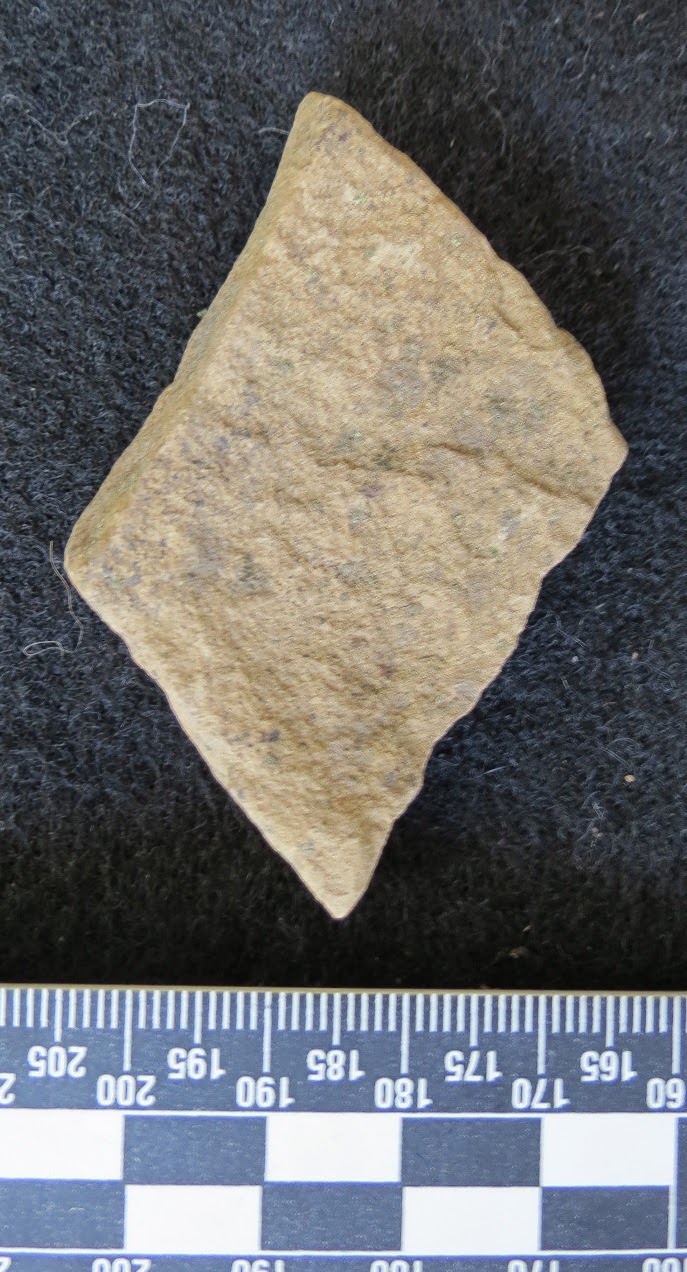 The diamond shapes appear along with pentagons, pendulums and scallop-shell forms at the Licking County location. All are in unnaturally large numbers which indicates human activity rather than natural coincidence. 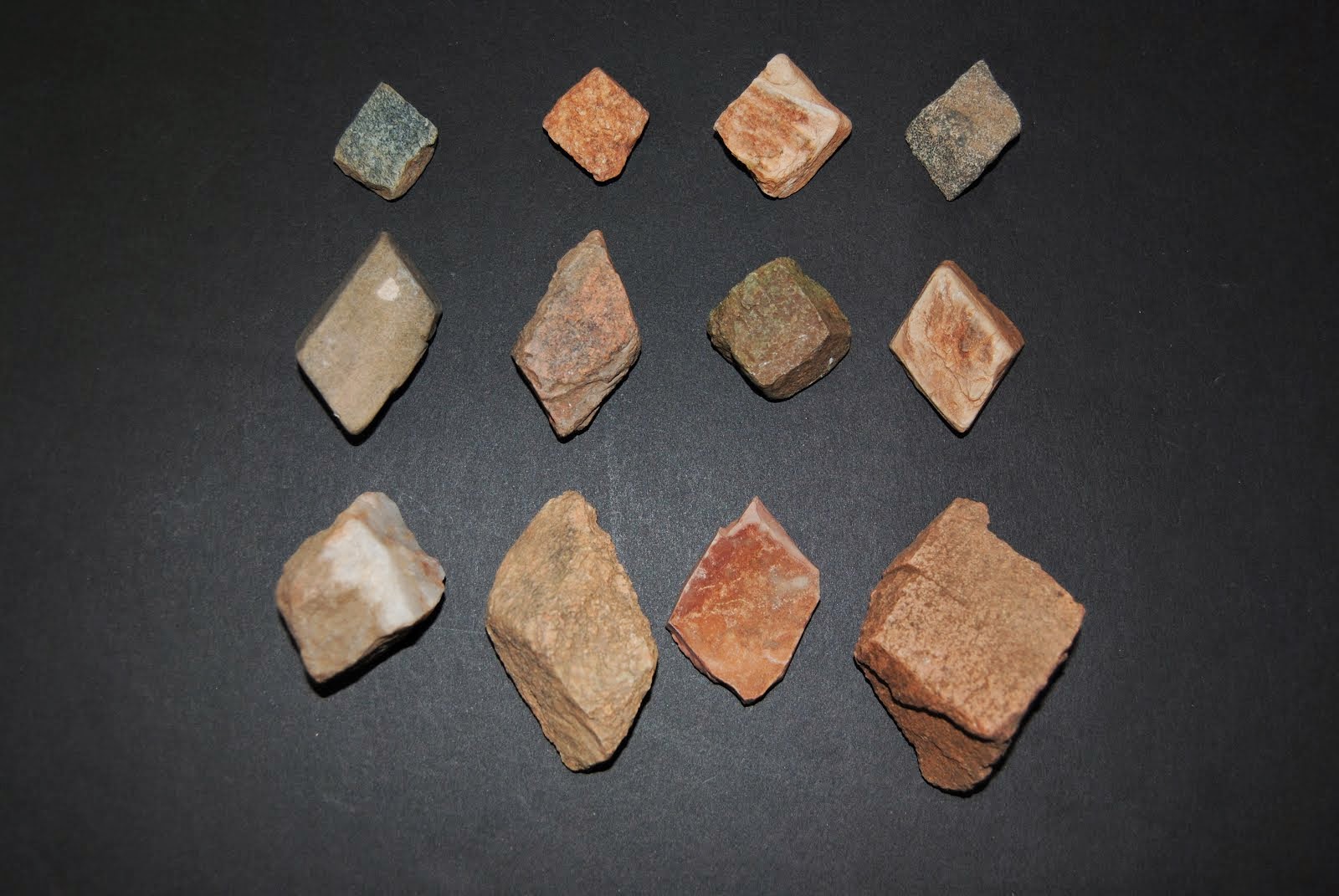 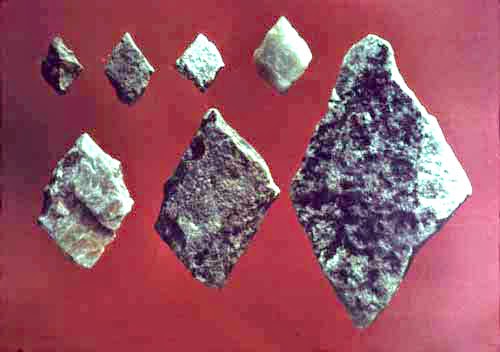 Could the American examples reflect a continuity into North America of an Oldowan symboling and tool tradition? 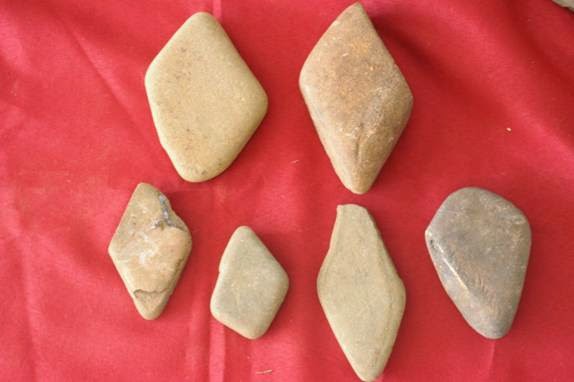 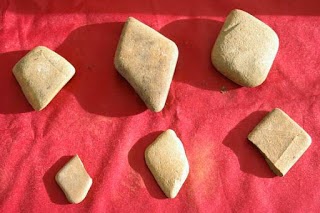 "Most of the stones had no particular apparent function. They were mostly at the size to conveniently fit into a person's hand and the majority of them were diamond-shaped. Some of them were obviously created to be in the diamond shape on purpose because you would find such features as the one with the stripe down the middle at left. Sandra suggested they might be female symbols and indicating the female genitals. She also said some of the diamond shaped stones had "orifices" indicated on them."
Posted by Ken Johnston at 7:21 PM