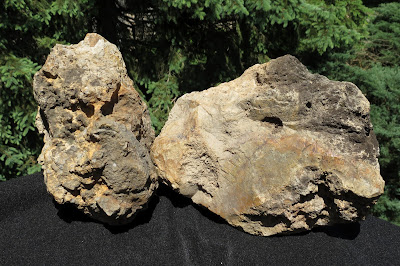 The Buckeye Lake, Ohio, Paleolithic sculpture hoard's figures #1 and #2, of 7 total found together, had been thought to be a compound sculpture where the two depictions, a human head in the round and a lion head panel, were designed to be combined to depict an action scene of the lion taking a bite from the human's head. The Guthrie reconstruction of this same action scene being depicted on a portable rock art piece from Gourdan, France, supports this idea. The human in the Ohio sculpture set is even depicted as glancing away in the same manner as the human in Guthrie's drawing below. 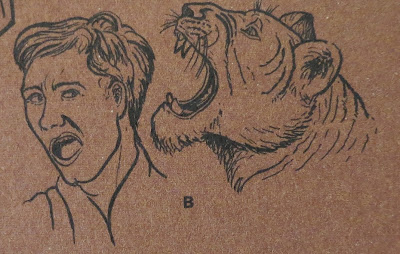 James Harrod, Ph.D., is a religion scholar who has written extensively about the role of early art and symbolism outside North America. In his paper "Four Memes in the Two Million Year Evolution of Symbol, Metaphor and Myth" presented at Harvard University in October 2010, Harrod describes the "bite of predator to the human head" as a primary Oldowan meme. It is based on the first ethos which Harrod describes as a product of the complex and paradoxical relationships of humans, predators, and scavengers. For example, humans appreciate the prey of the lion which has been left with flesh and marrow to provide sustenance, while at the same time they dread being snuck up on from behind and becoming a prey victim of the "provider." This meme may have persisted since Oldowan times, or it could have arisen at different times in human prehistory because of the role of the lion as apex predator and the human role as both dependent on, and prey of, the big cats.

Here are links to the original blog postings made about the human head in the round and the lion head panel. 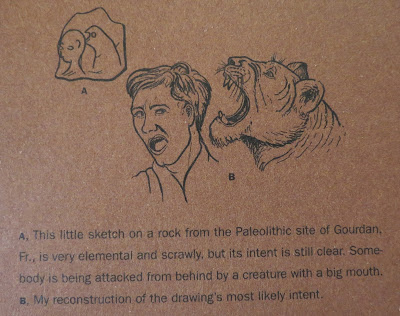 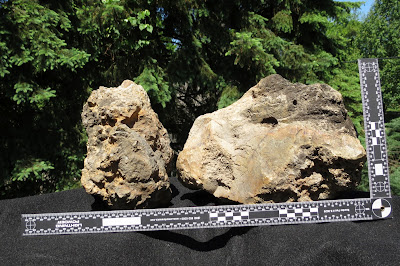 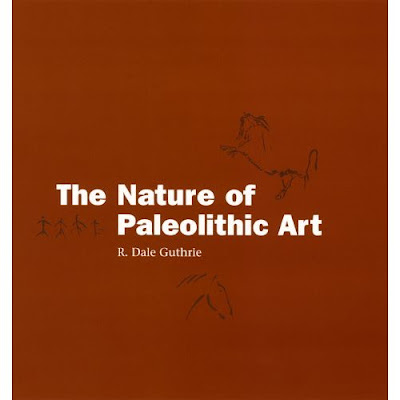