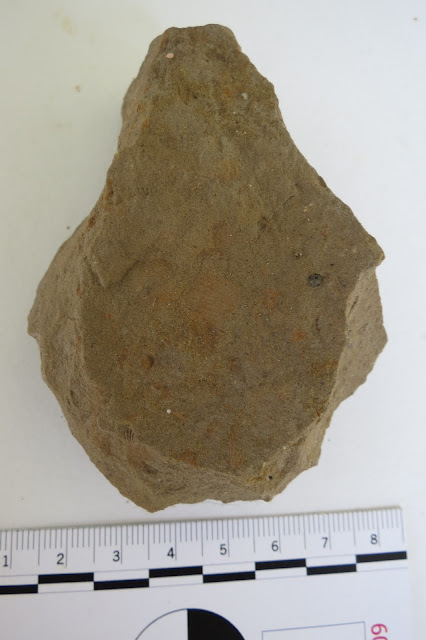 A stone with edges trimmed into the desired shape using a buffer technique. From a hilltop site in unglaciated Licking County, Ohio, find by Ken Johnston. 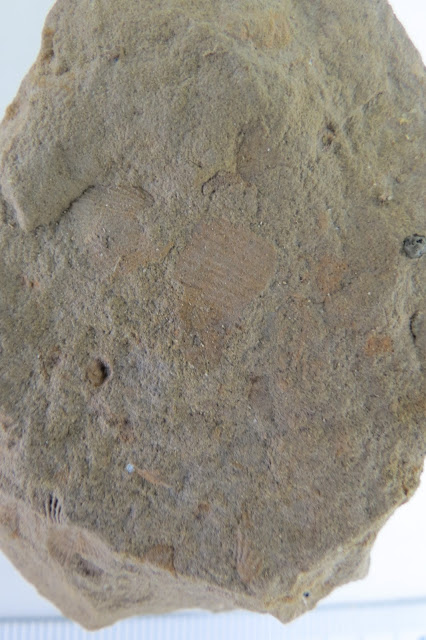 The stone is shaped somewhat like a shell and small shell fossils are visible on one side. The creator may have noticed the fossils when making this artifact. 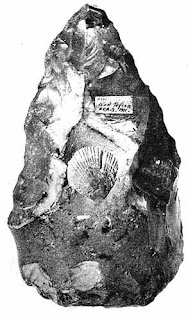 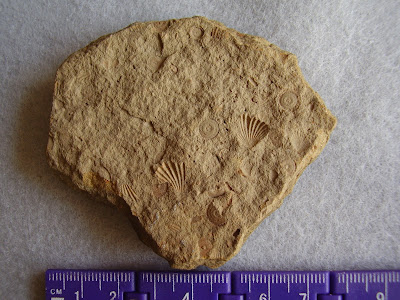 This shell shaped stone from an earlier posting was also worked using a buffer technique. It was found 1/4 mile away from the two pieces featured in this post. 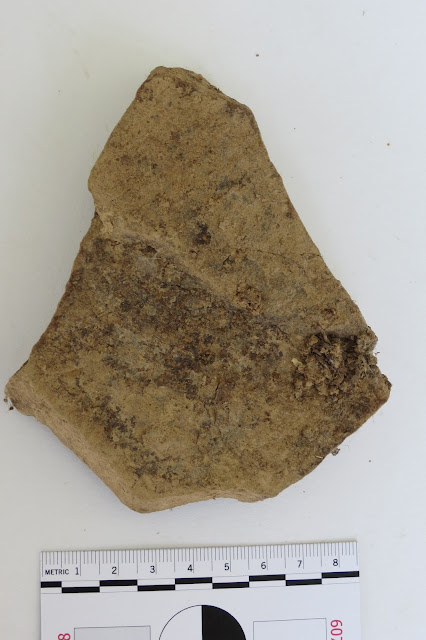 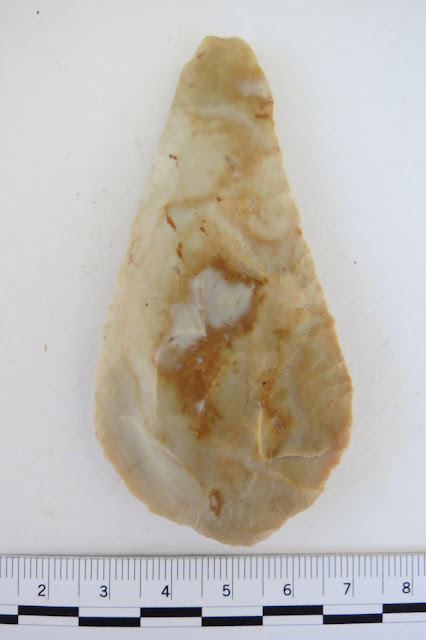 Find by Houck, Knox County, Ohio, the county north of Licking County. It is attributed to the American Archaic period, from approximately 8000 to 3000 years before present. This is more familiar to our visual senses as created by a human aesthetic. The buffer technique which created the "rough looking" artifacts is not as familiar to us, but I argue the same human sensibilities of proportion and shaping are at work here, just expressed in different stone working technologies. The finely worked flint seems to 'feature' or be centered on the creamy, white stone inclusion. This featuring is similar to the what appears to be shell fossil featuring on two artifacts from the same locale. 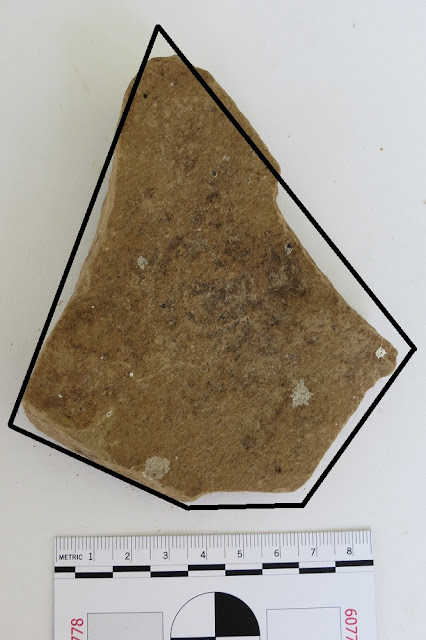 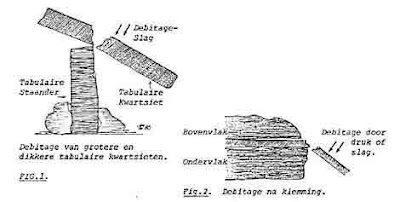