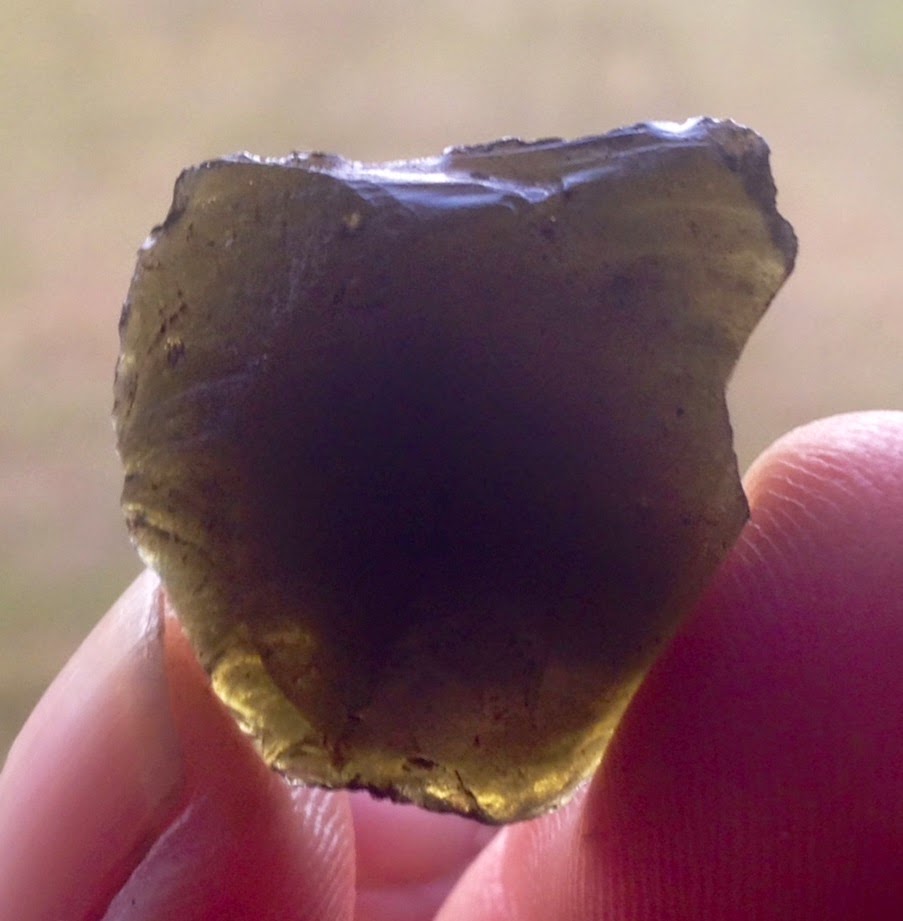 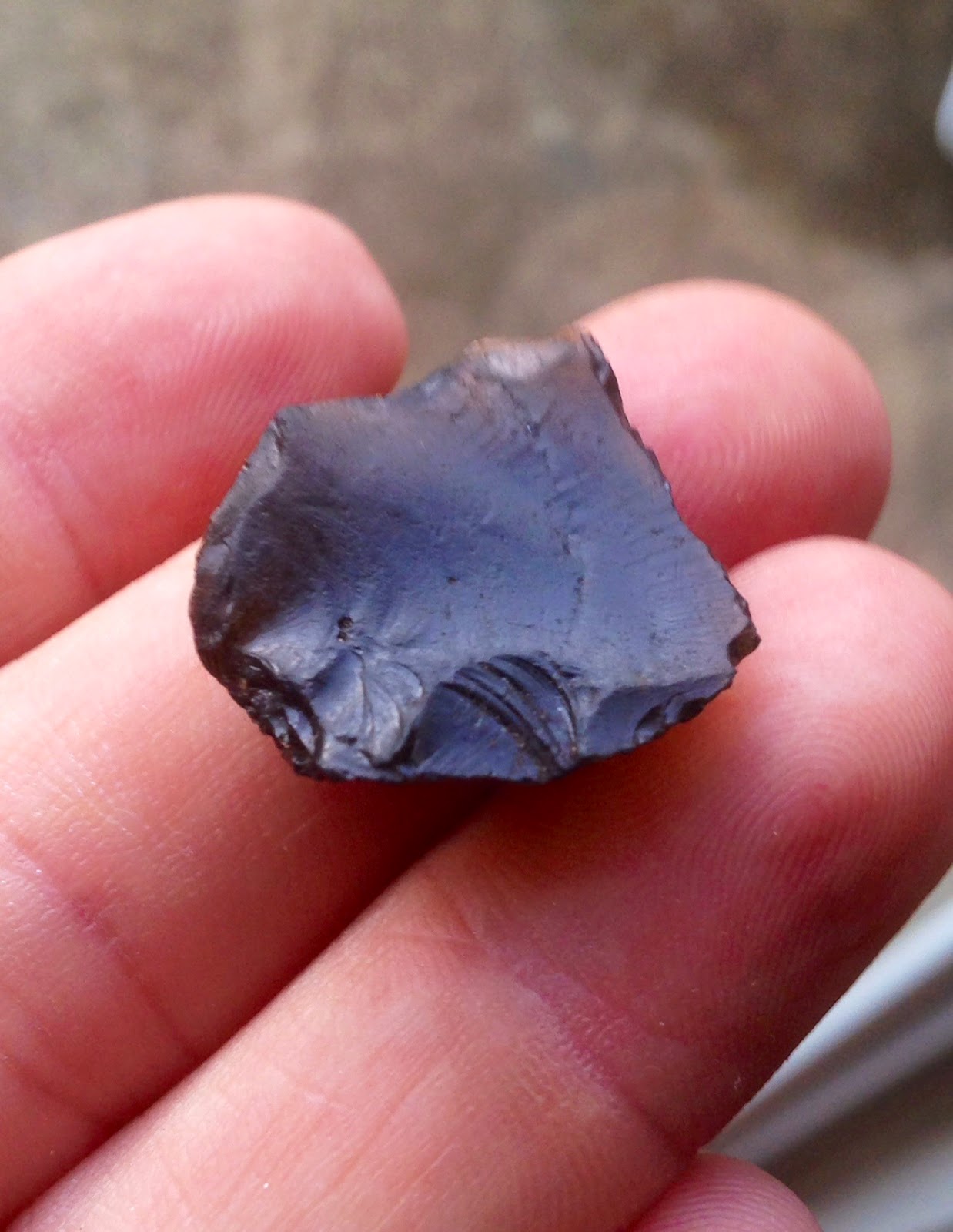 As far as I can determine, there is no precedent for any historical people making micro tools like this out of glass slag. 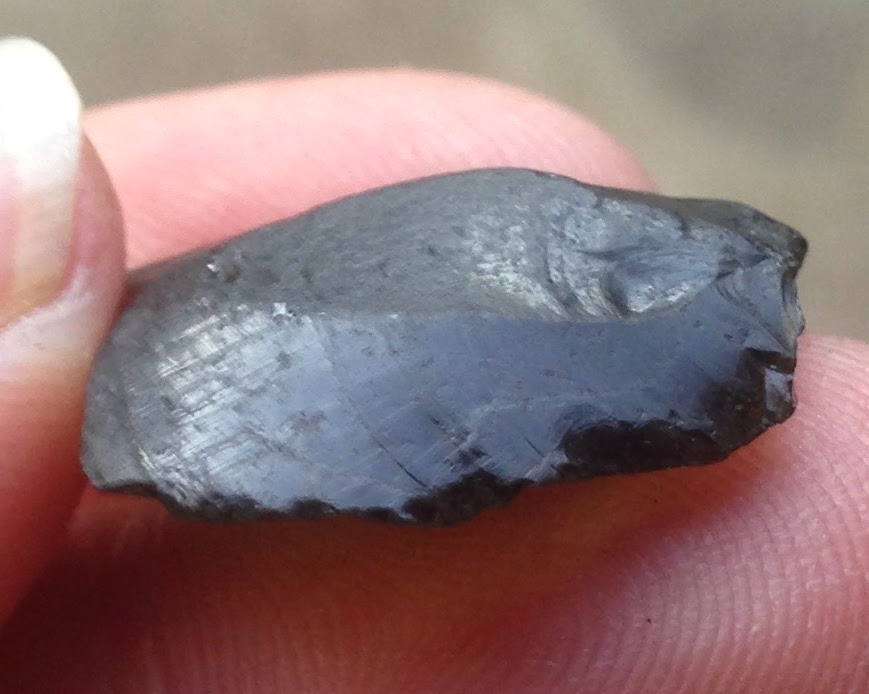 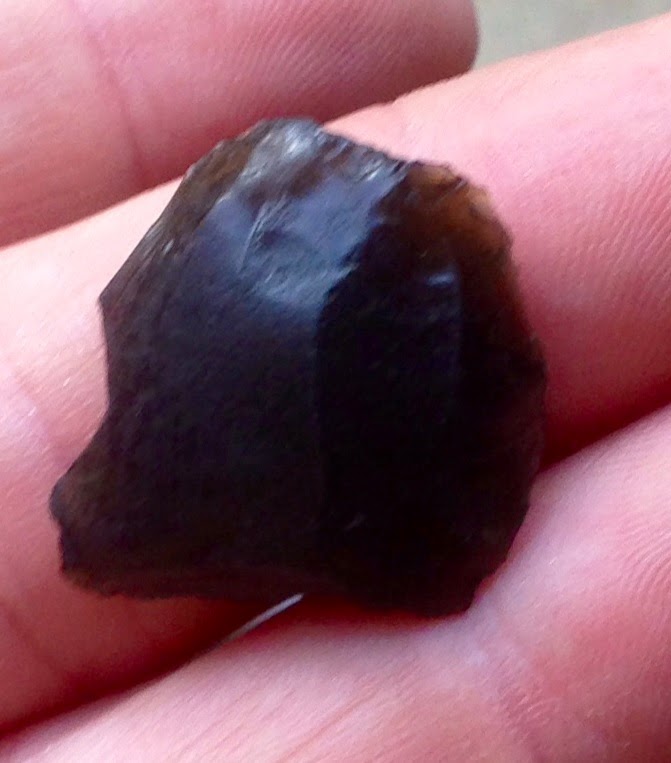 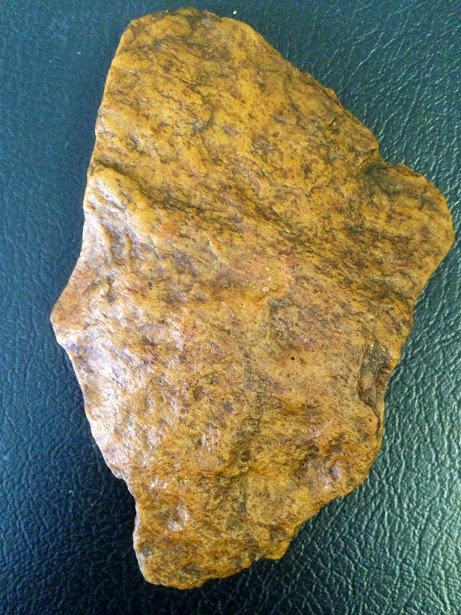 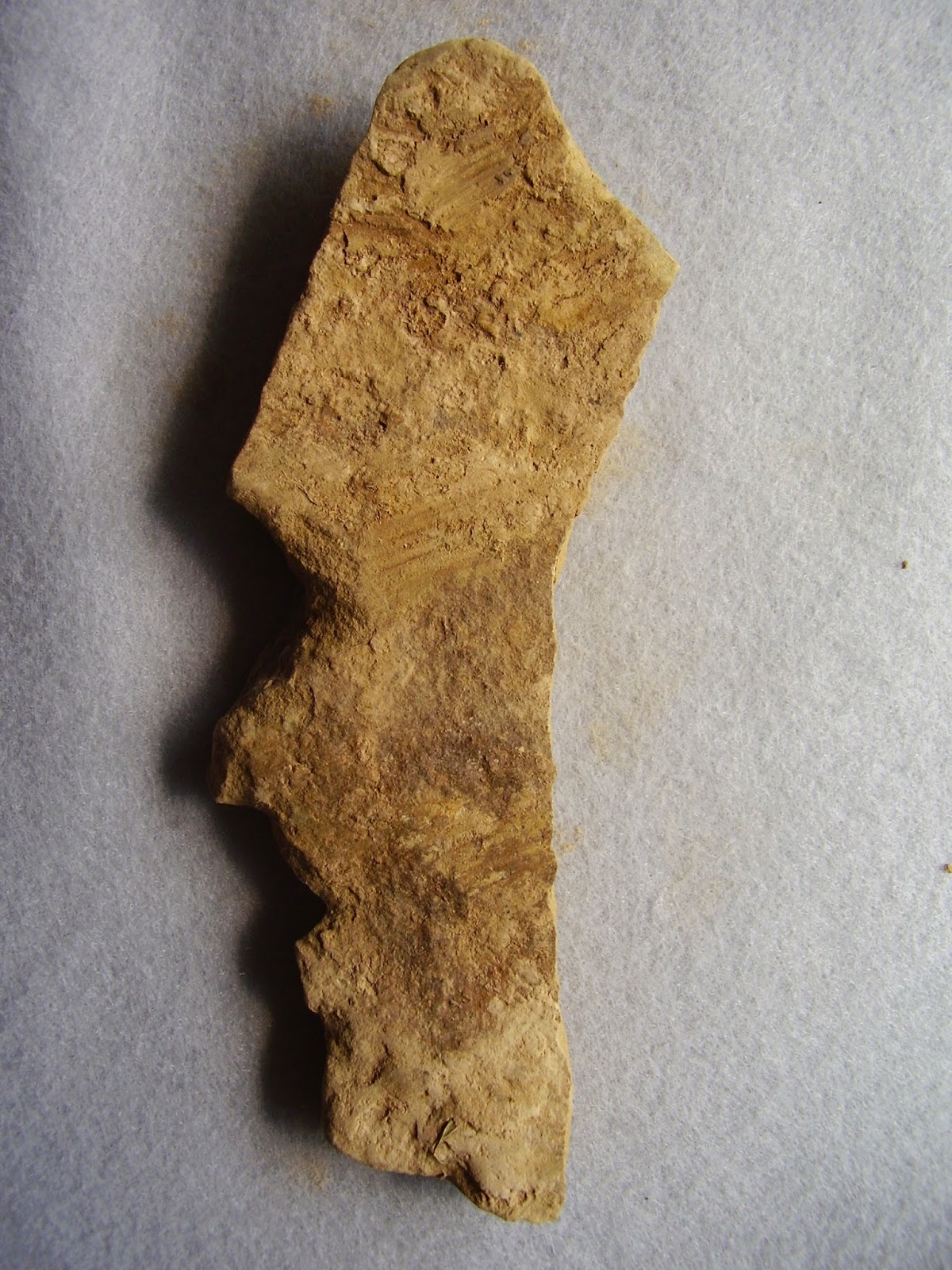 At left is a plaque identified by Lisa Deason as a human left profile featured in a recent post. I interpreted the plaque as incorporating the form of a mammoth profile, as if the mammoth is cresting the person's head. At right is a piece from Licking County, Ohio, which was interpreted in an earlier posting as a human left facial profile also crested by the mammoth head form. Perhaps not a coincidence, worked glass slag has been found in the context of both of these art pieces. 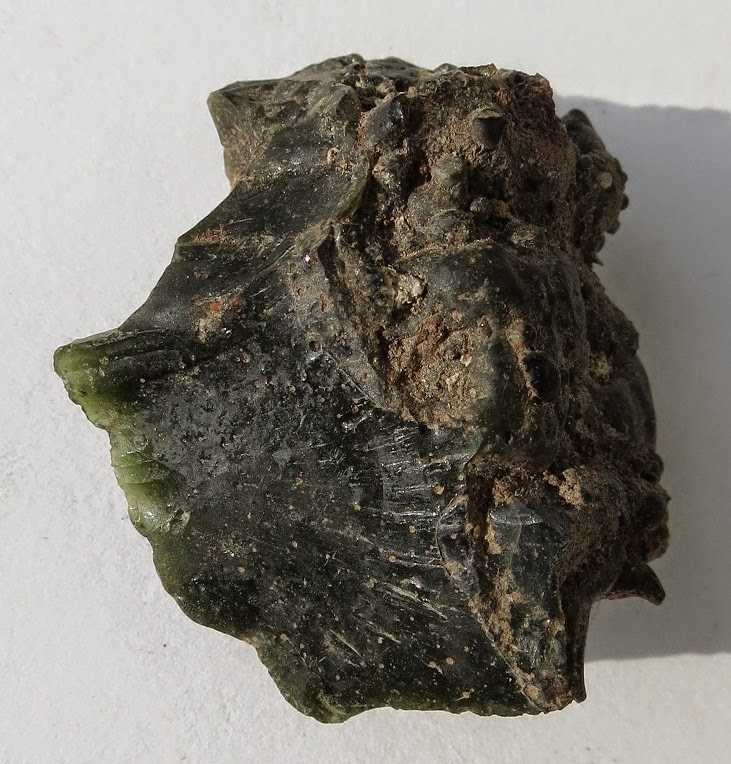 This piece of green glass slag was confirmed as being intentionally broken off of another piece by Ohioan Chris Miller, a world ranked top flint knapper. It too is human made glass which has been further modified. Ken Johnston interpreted this piece in an earlier posting as a human head profile looking left, with a mark made in correct position to serve as the person's eye.

The anomalous slag and metal objects from Alabama, Ohio and the Arkfeld site in Virginia, found in the context of portable rock art raise questions about the possibility of bloomery technology in North America associated with Pleistocene art forms. 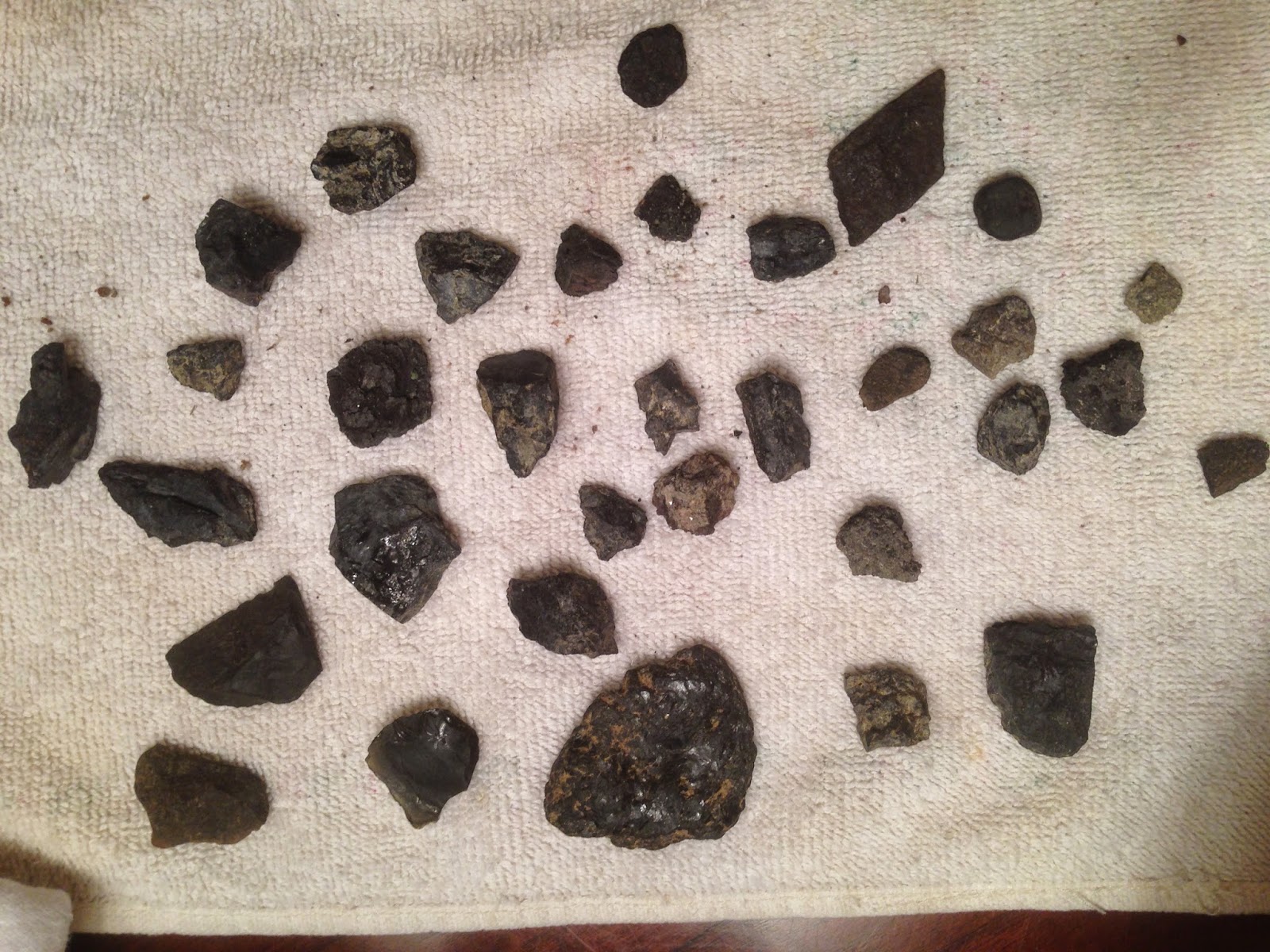 Lisa Deason has identified slag, a by-product of metal and glass production, on her family farm despite no known historical record of smelting at that location.

Bloomery technology may have been an element of the cultural traditions responsible for production of some portable rock art.
Posted by Ken Johnston at 9:22 AM