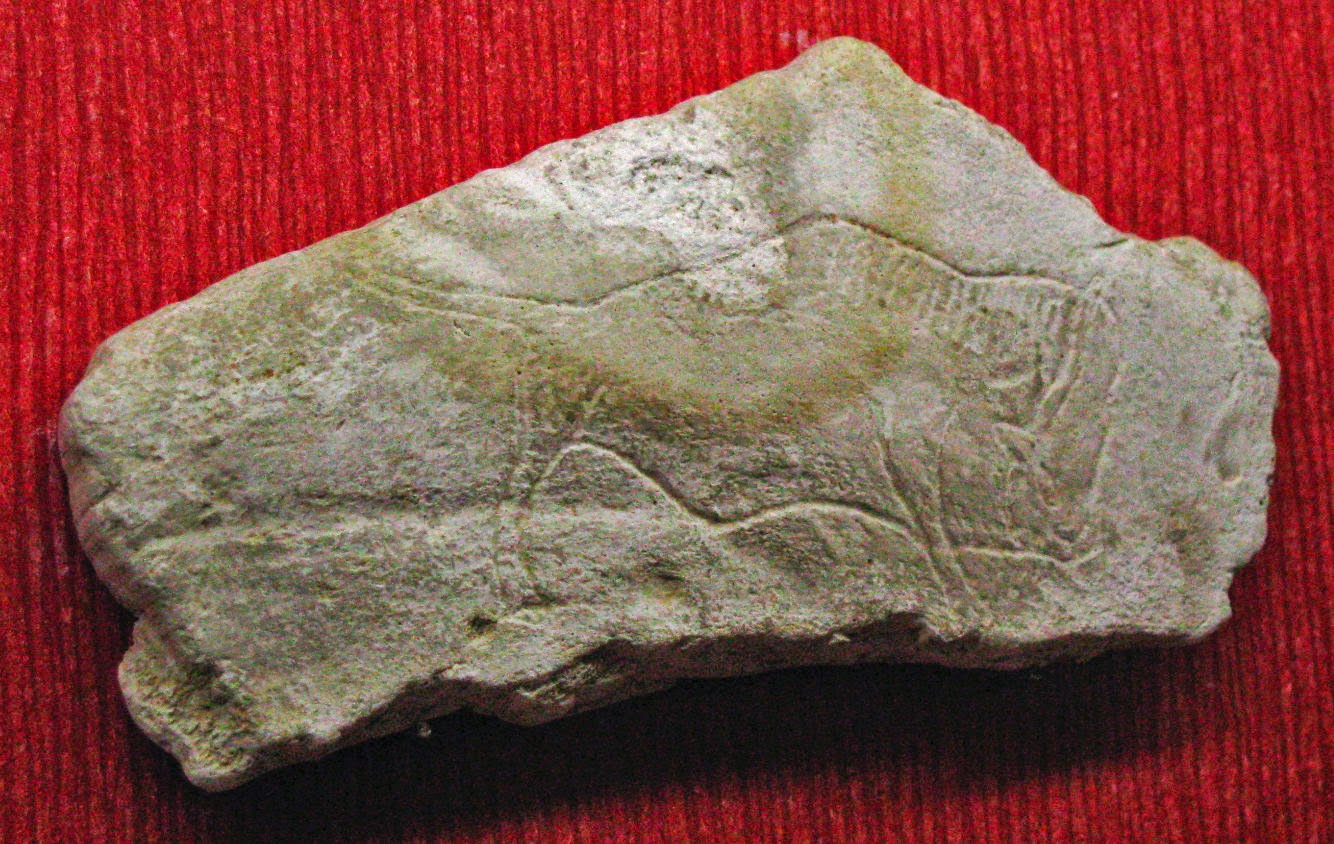 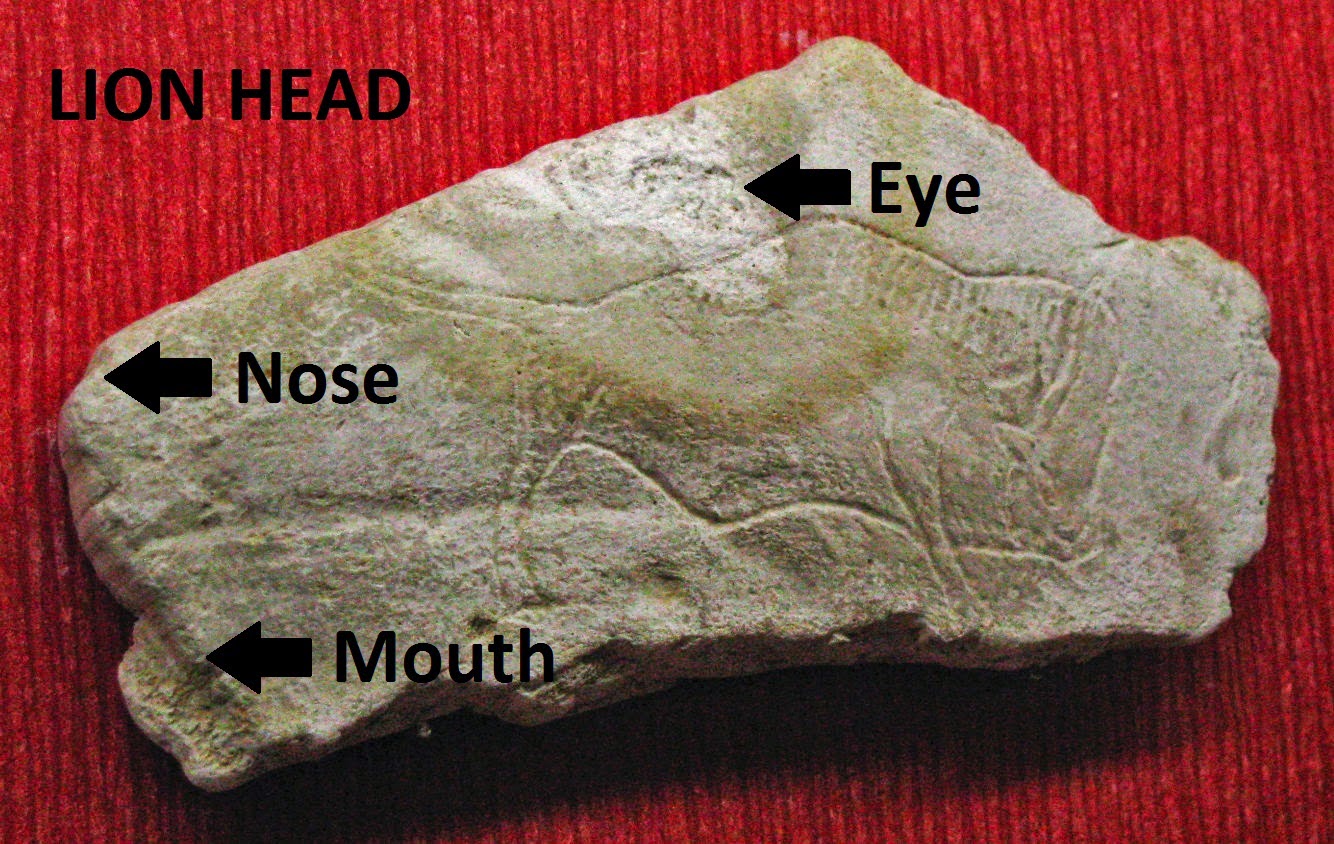 Ken Johnston interpretation of the stone as an intended lion head figure in line with other examples seen on this blog. The stone protrusion at lower left is a classic form of a feline chin as seen in other portable rock art pieces in this theme. Original photo Don Hitchcock, 2008 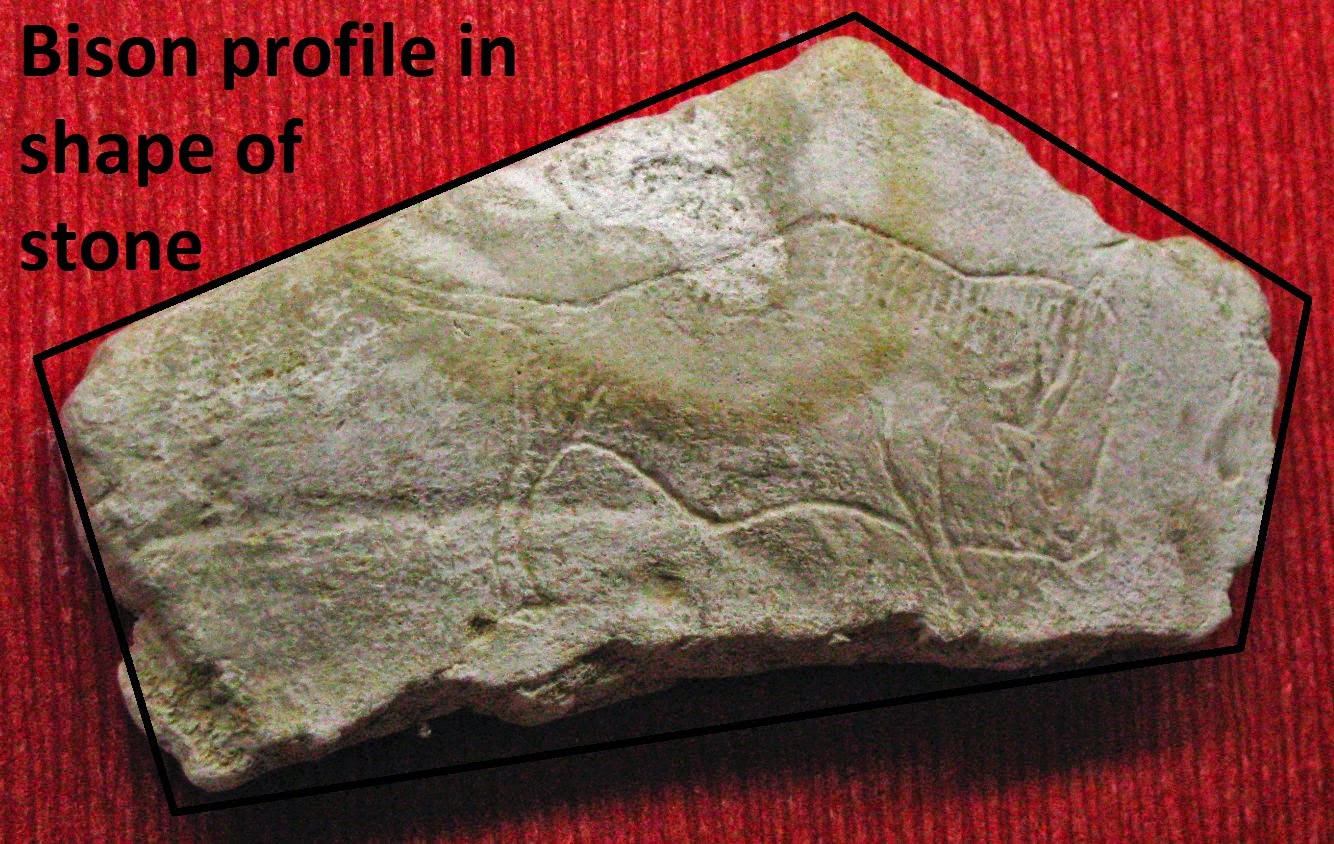 Ken Johnston interpretation of the outline of the stone also reflecting the shape of the bison which is framed within the stone. Original photo Don Hitchcock, 2008

This piece may reflect an expression of the predator/prey relationship observed between these animals.

There can be more than easily meets the eye to these portable rock art pieces with subtle forms we are not accustomed to in our contemporary cultures. While an interpreter may be focused on the more obvious engraving here, the entire object must be considered. The use of simple profile shapes which frame other icons is common in portable rock art. Interpretations like these can likely be made for hundreds or thousands of art artifacts in European museums which contain more information than has been recognized to date.
Posted by Ken Johnston at 12:13 PM