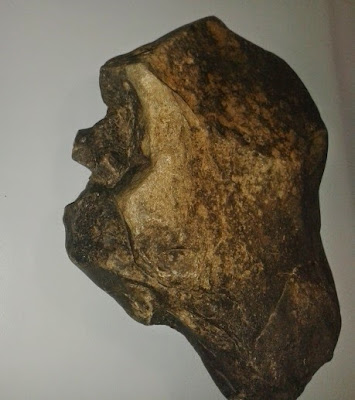 Mr. Valentie writes: "This piece comes from the massive shale Pyrenees in France. I found it in the middle of Lower Paleolithic cleavers. A beautiful left profile. 25 cm / 19.5 / 6 cm. Cordially, Henri" 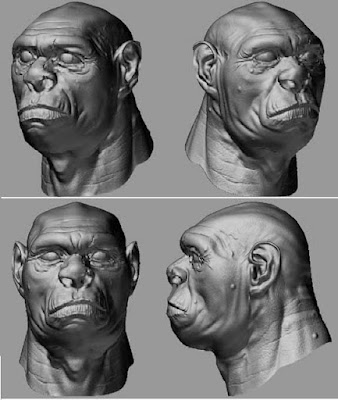 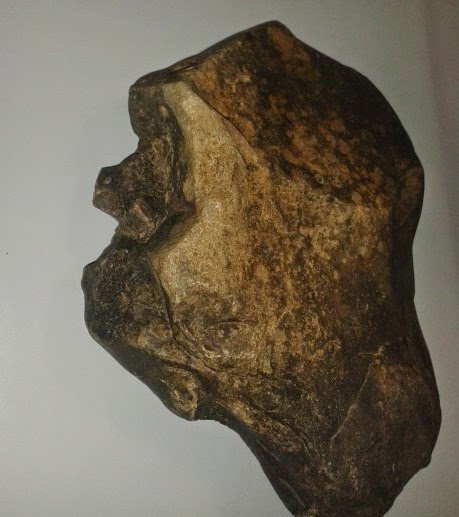 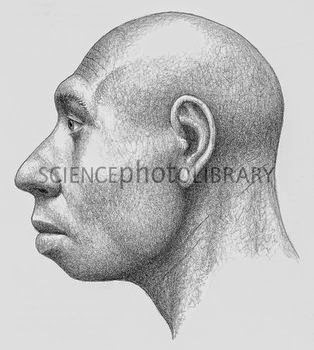 The France sculpture compared to an artist's reconstruction of a Homo heidelbergensis male courtesy of Science Photo Library.

It is important to note that the neck connection to the head and the truncation of the necks into the lower right visual corner in both art images above are strikingly similar despite their being separated by at least 200,000 years of the human aesthetic. 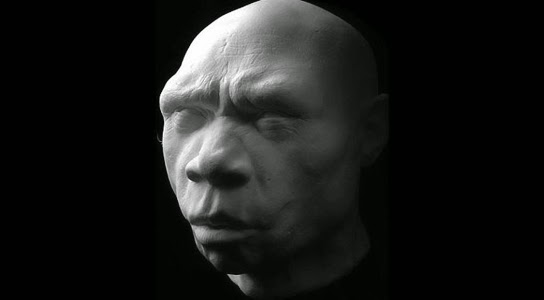 A reconstructed model of a Homo heidelbergensis head 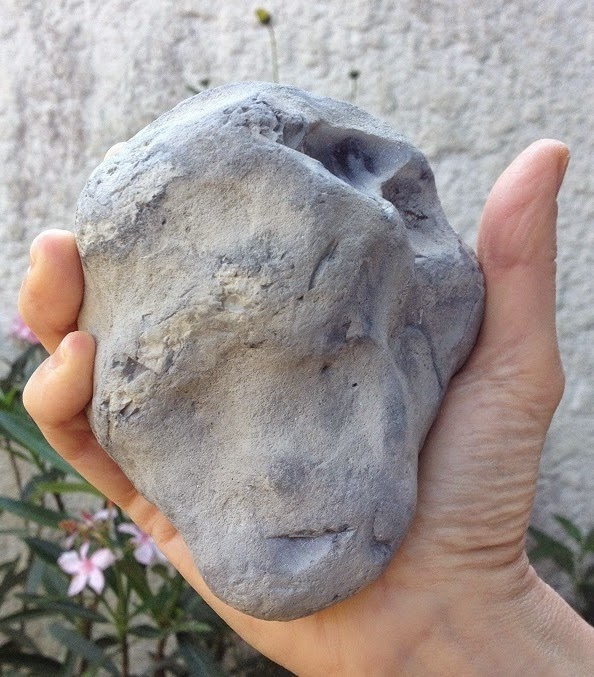 Valentie writes (Trans. K. Johnston): "This stone was found on the foreshore island of Oleron. The mouth too is not natural. This is one of my best pieces. I felt a great emotion when I found it given the patina of the flint is very old on the worked areas of the stone." 12cm / 11cm / 8cm 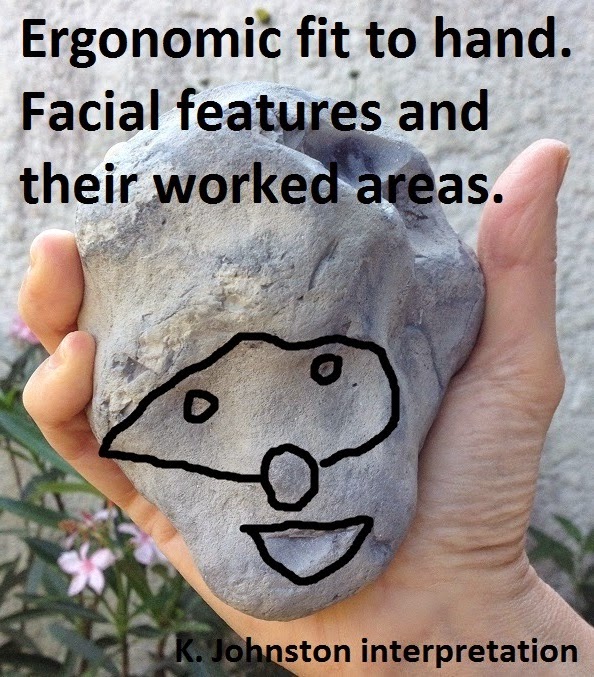 Ken Johnston illustration of interpreted facial features and their worked areas. Original photo courtesy of Henri Valentie.
Posted by Ken Johnston at 12:00 AM