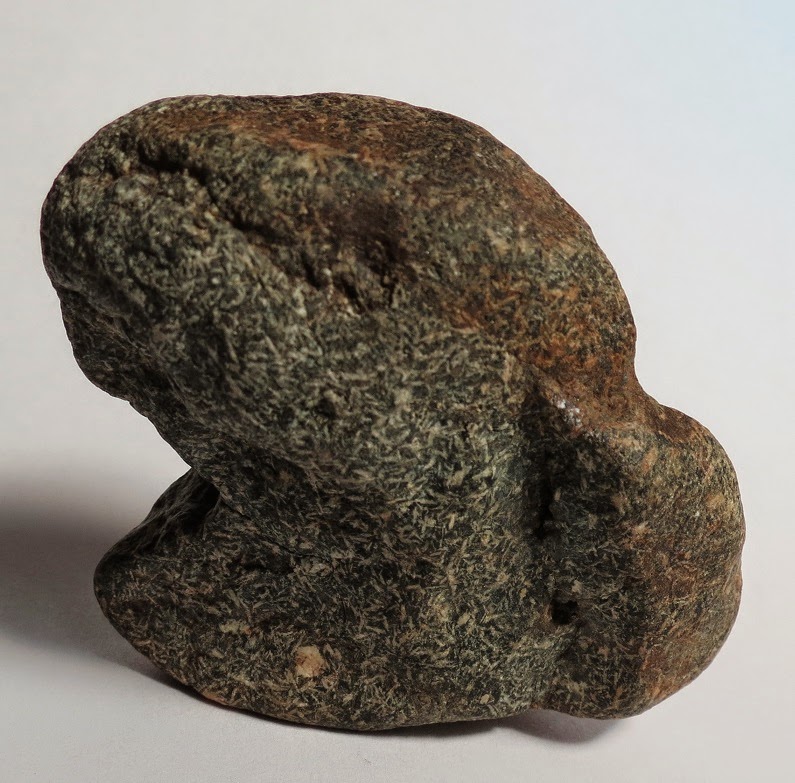 This figure stone was identified by Sherry as a quasi-anthropomorphic piece due the mouth-like notch on its end which results in a simple PAC-MAN like human head form. It stands upright in this position. Another similar find by Sherry was featured earlier on this blog and has been compared to finds from other sites. A recent posting also covered finds similar to Sherry's from Denver, Colorado.

I discovered a rabbit head and neck profile looking left while rotating the stone inspecting for areas of human modification. I think this stone is a combination of the "Shout" motif and a hare or rabbit. This may be interpreted as a combination of predator and prey symbolism. A "Shout" flint stone from the Pleistocene (proto-) Thames River valley, U.K., was also interpreted as combining a possible prey animal and may be seen as comparable to Sherry's find. 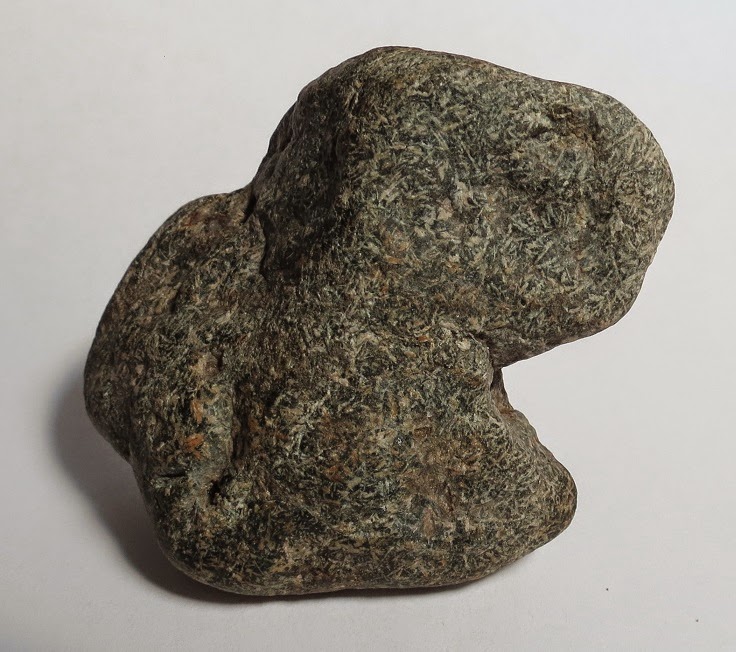 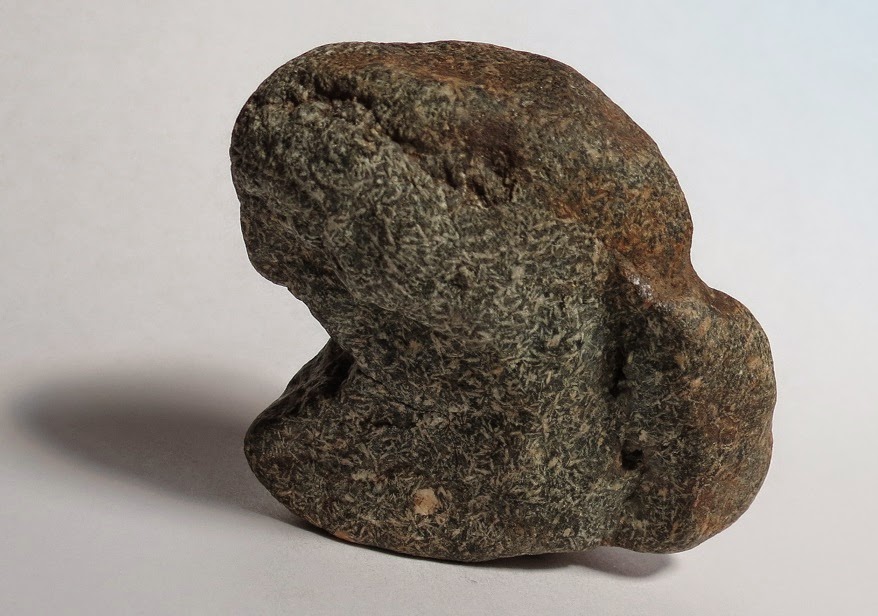 Interpretations of the eye, nose and mouth of the rabbit image and the area of the stone which has been sculpted. 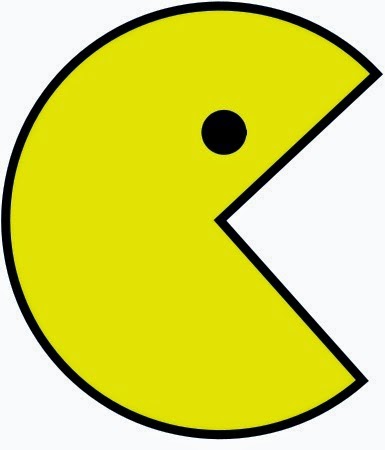 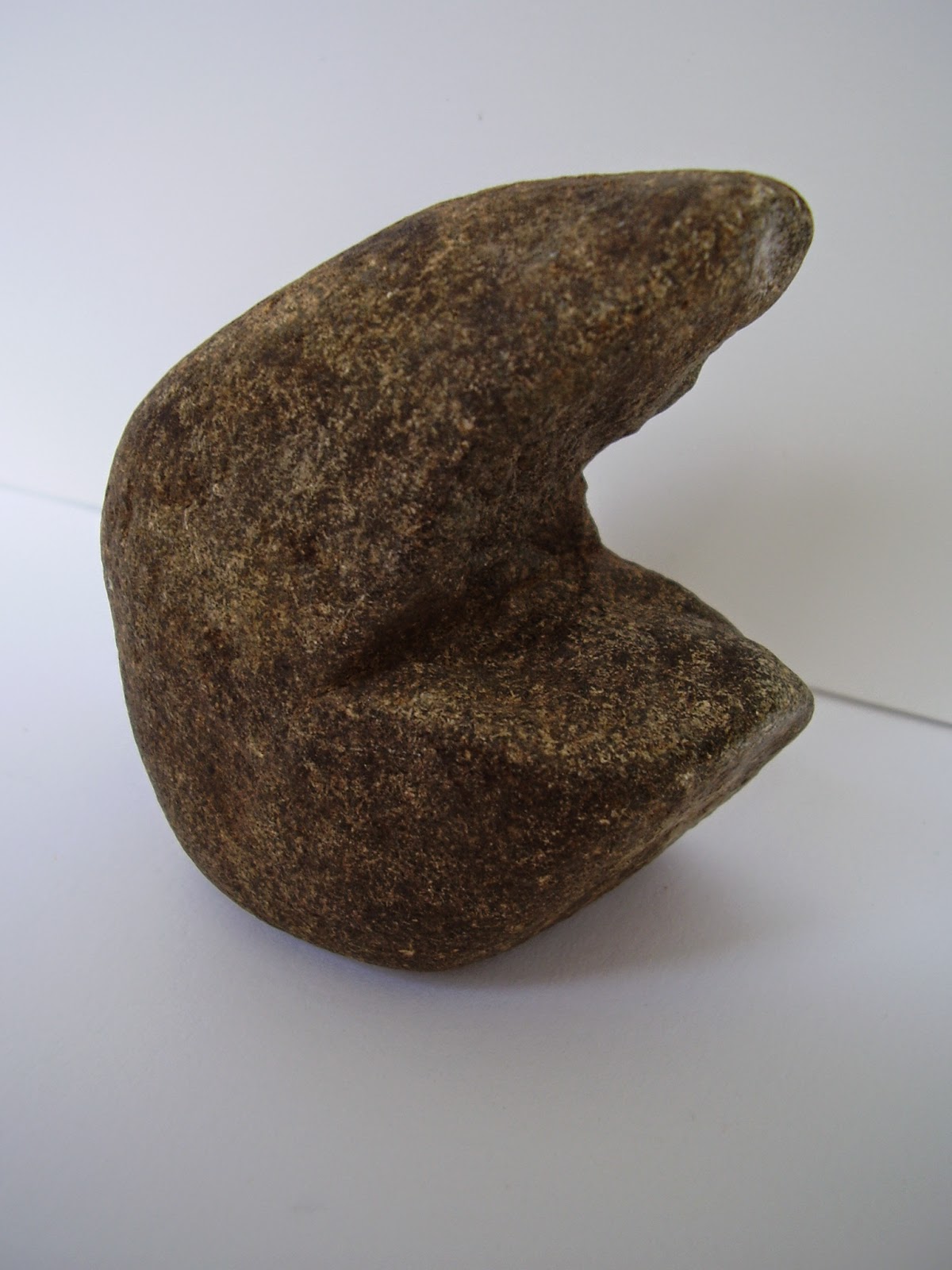 PAC-MAN and another "Shout" motif worked stone identified by Sherry Hill in the same context, 12cm, seen in a 2011 posting Side 2 of the Tennessee figure stone illustrating an eye feature composed of a circular shape in a similar position to the PAC-MAN eye.
Posted by Ken Johnston at 12:41 PM