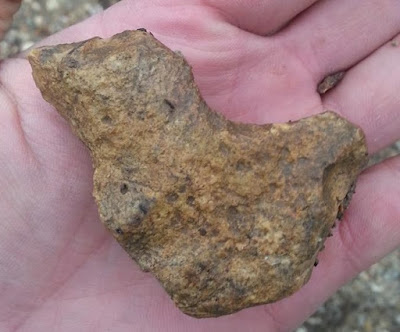 "I found these and many many more on my 100 acre property in southwest Missouri. These were just a few pics I had on my phone. My property is located where two creeks and hollows come together and my house is on a mound above a spring." --David Smith 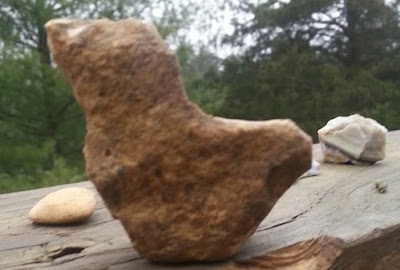 Same bird figure standing upright on its flat base

"But Boucher de Perthes... ...also secured his position as a paid-up member of the lunatic fringe. Alongside his perceptive observations of stratigraphy and artefacts in the gravel pits of Abbeville and Amiens he also illustrated many stone sculptures. His claims for heads of birds and humans in natural lumps of gravel undoubtedly delayed the full acceptance of his scientific observations."  Professor Clive Gamble, University of Southampton

Open note to Professor Gamble: We can now see mainstream archaeology as the real lunatic fringe for never having scientifically pursued the topic of figure stones despite over 165 years of amateurs' calls for it starting with Jacques Boucher de Perthes.

Countless world archaeology sites have been missed or destroyed by academicians and professionals because there was no consideration or accounting of iconic stone sculpture material like this that would have contained substantially more cultural information about the past than technological tool sets.

Because it is fundamentally dysfunctional as a science, Archaeology is not able to 'walk out on limbs' like most other sciences which welcome novel hypotheses. In the case of portable rock art, they prefer to cut the limb off at the trunk based on long-standing dogma rather than pursue what could be a major new branch of archaeological inquiry. 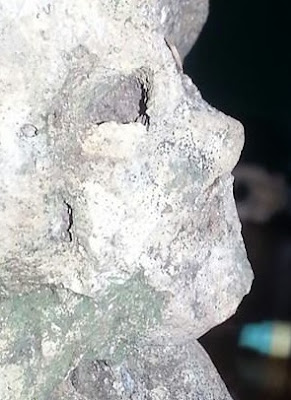 Statue of a bust perhaps depicted with tall hairdo, wrapping or hat. Also, sometimes secondary creatures are represented on top or at the forehead of human heads in portable rock art. The statue stands upright on its flat base in this position. 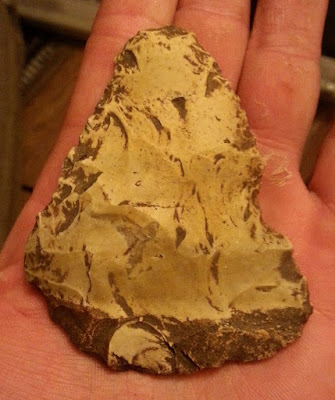 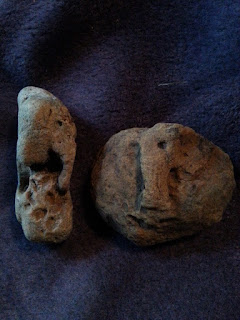 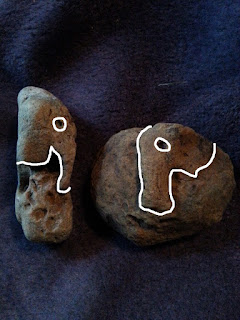 2 mammoth or mastodon heads in bas relief, both with 'eyes' in correct positions in similar stone material from David Smith at Barry County, Missouri. 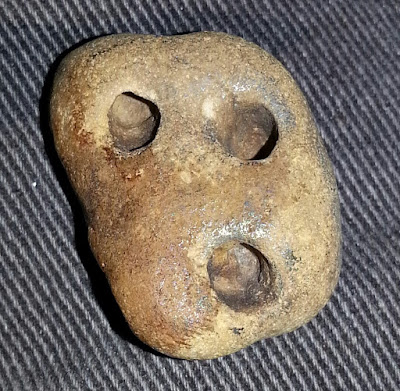 A Missouri simple stone face like those identified at Arkfeld Site in Virginia and at Fontmaure, France, just recently featured on this blog. 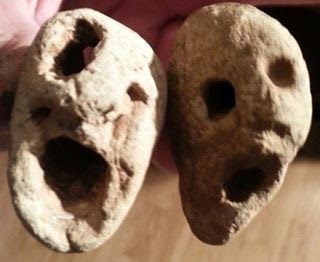