Mammoth sculpture from site 23JP1222 has now faint lion glyph incorporated into its back, which along with other examples demonstrates a Paleolithic art theme 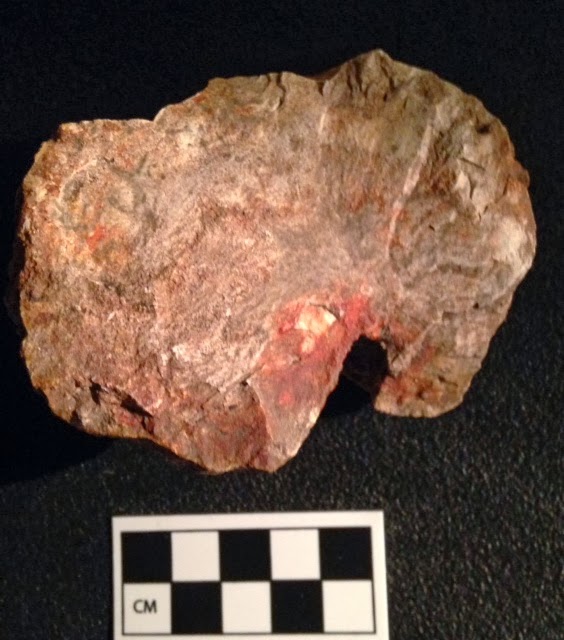 Identified as a mammoth sculpture by Stacy Dodd. From 23JP1222, "The Old Route 66 Zoo" site near Joplin, Missouri, Rod Weber, landowner. This is the second mammoth sculpture from "The Zoo" featured on this blog.

This artifact presents a fairly simple "big picture" icon of a mammoth form where the entire perimeter of the stone in this view resembles the profile of a mammoth- in a seemingly simple cookie-cutter outline. This art object depicts two extinct Pleistocene creatures, mammoth and American Lion.

Missouri Archaeological Inventory site OR66Z "The Old Route 66 Zoo" This amateur discovered archaeological site has produced many dozen examples of deliberately worked iconographic flint and limestone objects and is available for professional archaeological investigation. It is a palaeoart megasite which presents a unique in situ opportunity for archaeologists and art scholars. 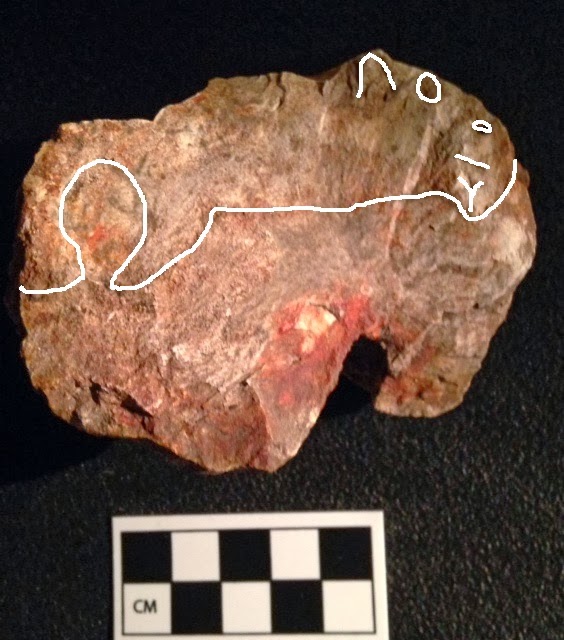 (click photos to toggle and compare original to markup)

Faint lines faded with age in the soil can still be detected and define the body of the lion interpreted by Ken Johnston, including rear leg and tail. The definition of the lion's body has been etched into the stone. Several art pieces with this motif have been seen on this blog, enough to establish "lion atop mammoth/human/bison" as recurring depictions in United States portable rock art. 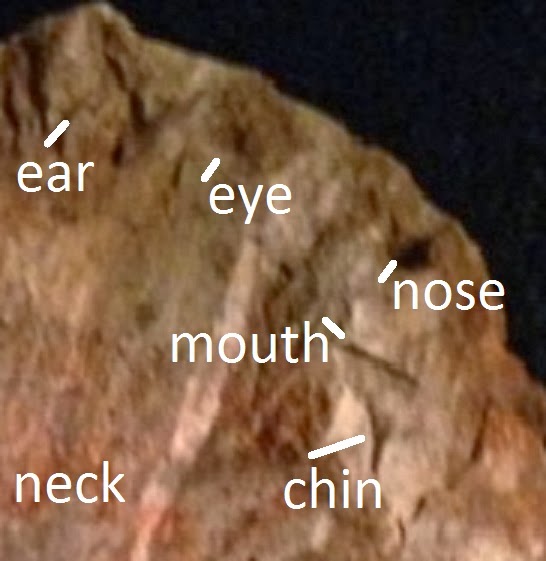 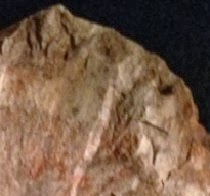 Lion's head looking right. This is a depiction of the now extinct American Lion, Panthera leo atrox. Actual size in microsculpture is about 2cm. 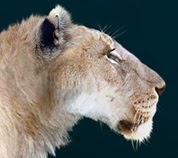 Some early Americans may have had paradoxical relationships with lions, where humans lived in constant vigilance against predation and surprise attacks by lions while at the same time being dependent on lion kills of fauna to leave flesh and marrow meats behind the humans could exploit for nutrition.
Posted by Ken Johnston at 12:00 AM