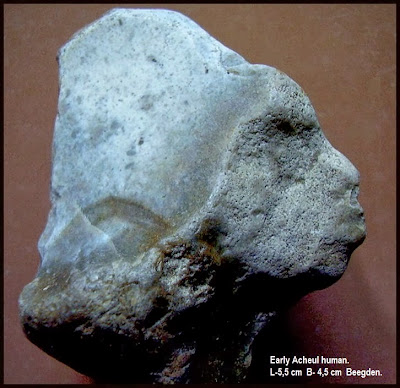 Early Acheulean human from the Beegden archaeological site, Jan van Es, 6km west of Roermond, The Netherlands. Suspected to be an  image by Homo erectus.
Posted by Ken Johnston at 8:01 PM