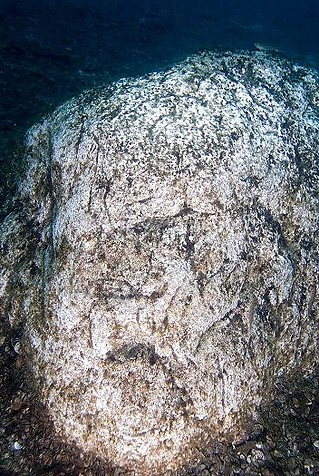 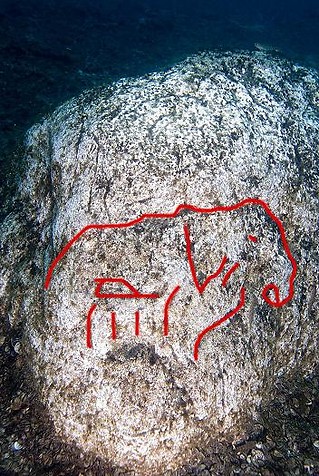 
This is a petroglyph on a fixed boulder currently underwater near the modern day shore of Lake Michigan at Grand Traverse Bay, Michigan. So, not an example of portable rock art but one of importance to the prehistory of human contact with megafauna in the Americas and of relevance to rock art studies in the mid-west and Great Lakes areas of the United States.  Archaeologists have speculated that it depicts a spear sticking out from the side of the animal.


Only a small number of images of proboscideans (mammoth, mastodon) are recognized in the Americas at this time.  The two primary ones have been identified in the past few years. First is "The Old Vero Beach Mammoth" studied by Dr. Barbara Purdy, et.al., and a Utah double mammoth image studied by Ekkehart Malotki and Henry D. Wallace. The current recognition of elephant-like images is of petroglyphs only with apparently no accounting of any portable proboscidean sculptures or figurines.  This blog has already, and will in the future, introduce multiple suspected examples of proboscidean art as they are brought to my attention and verified to my satisfaction.

This petroglyphic image was made during the Pleistocene more than 13,000 years ago when lake water was tied up in the glaciers and this boulder was above ground near the former shore of Lake Michigan. It appears to show the animal's trunk in the curled drinking position, so maybe this is a recognition of a drinking spot of these awesome animals which was also a good place to spear them. It may be the species here is a mastodon because of the relative horizontal plane of the back. Columbian mammoth are usually represented with a more sloping back and a more prominent "bump" on the top of the head. This image was discovered by archaeologists doing unrelated survey research in the water near the shore. 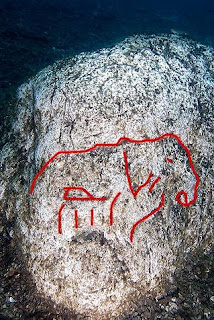 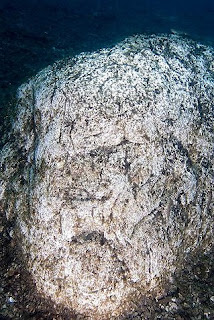