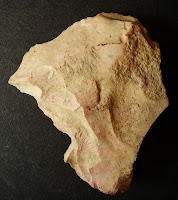 A winking turkey figure stone
This flint resembling a turkey head was found at a Licking County, Ohio, site which has produced a number of pieces which resemble bird heads and the heads of a few other animals.  Find by Ken Johnston, on the north shore of Buckeye Lake.  Please see the suspected Belted Kingfisher head posting just recently for another example from this site.  Additional examples of suspected flint animal heads will be introduced over time on this blog. (click photo to expand) 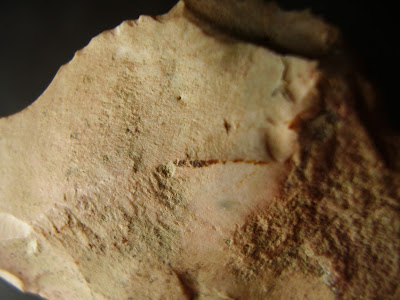 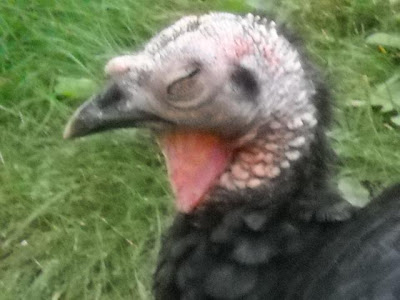 Photo of turkey head left profile with eye closed (wink).  This turkey was described as walking around with its eyes closed, perhaps like the subject of the figure stone. 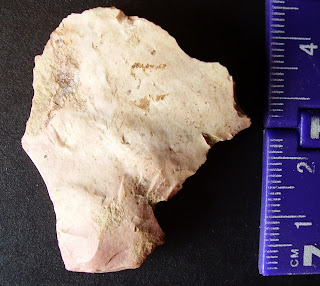 Side two, shown with scale 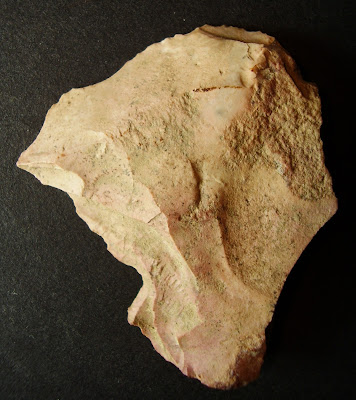 A winking turkey
-kbj
Posted by Ken Johnston at 3:34 PM