Cairo, Egypt, area portable rock art find may be an amulet example of the mythological "All seeing eye"

Ahmed Aggag found this stone 20 years ago at age 10 and has kept it since then. It appears to have been a mimetolith, or a rock resembling something else. In this case, the stone's formation resembled a human eye. It has been incised with a number of lines forming a simple hash pattern so it is an artifact and the likeness to an eye was likely appreciated and enhanced by its maker.  The lines appear like 'eye lashes' on the two eye figures.

Although I cannot confirm from the photos, it looks like the irises could have been created by application of a black pigment to the stone. Interestingly, the iris on Side 2 seems to be in an octagon shape, with eight definable segments which create the roundness.

This stone eye could have been an amulet in the Egyptian mythic tradition of "The Eye of Horus" or the "All Seeing Eye." Side 2 of the stone also resembles an eye. The iris has eight sides. 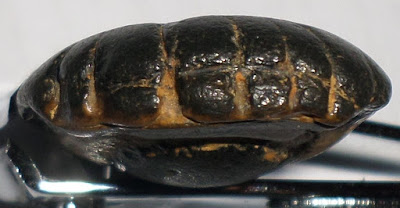 Incised lines on the eye confirm its status as an artifact 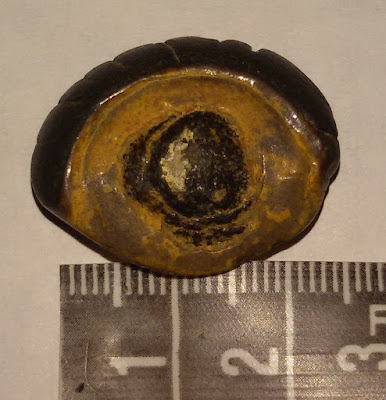 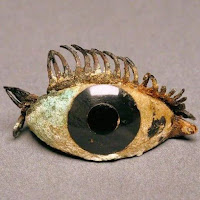 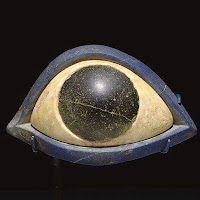 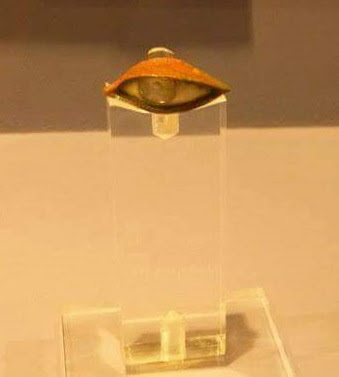 Examples of eye figures from the Cairo Museum provided by Ahmed Aggag
Posted by Ken Johnston at 10:59 AM