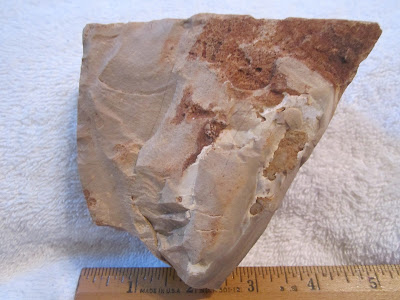 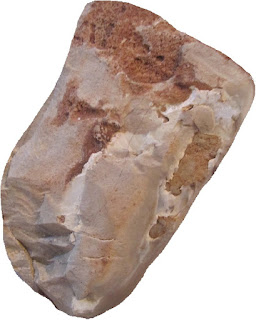 Isolated human face worked in the flint while retaining and exploiting the stone's cortex as hair and eyes background. This human portrayal has hair, a forehead, two eyes, a nose, lips, chin, cheeks and ear with ear lobe. 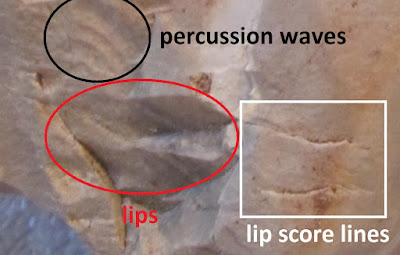 Note the flint work to create a full set of lips on the face portrayal. Just to the right of the lips in the photo are two roughly parallel incised lines in the flint. These are remnants of the scores etched into the flint by the artist to set up the fracture lines in the stone for the two lips.

David Boies has identified many similar portable rock art pieces in the Austin area and some have been featured on this blog. 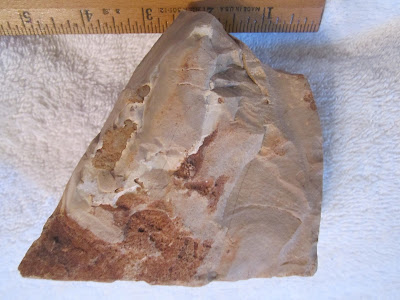 When the stone with the face figure is rotated 180 degrees it has a shape close to some stylized mammoth icons in portable rock art. Human and mammoth icons are sometimes combined as is likely the case here. 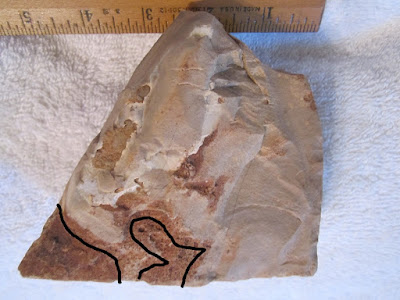 Illustration of mammoth bust in left profile which may have been more clear many thousands of years ago. 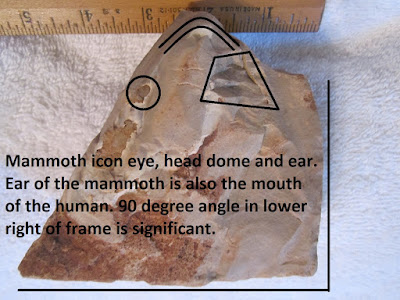 Perhaps the human is symbolically talking to or calling to the mammoth in this piece.
Posted by Ken Johnston at 12:00 AM