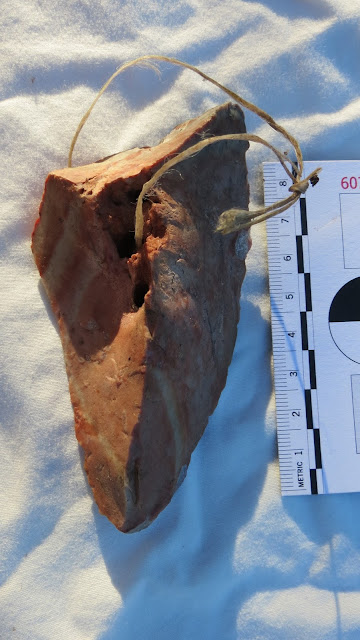 Prepared core Levallois-like point is centered on two natural crystal pipes through the flint and was likely hung as a pendant. Lithics scholar Blane Ensor has described a Levallois-like industry in the Southeastern United States. 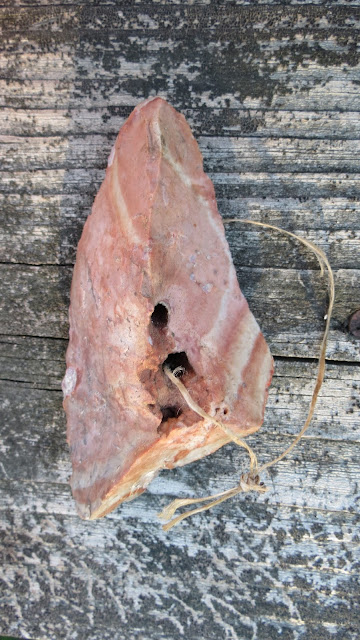 The top two of the three holes in the flint are crystal lined pipes which penetrate the rock. 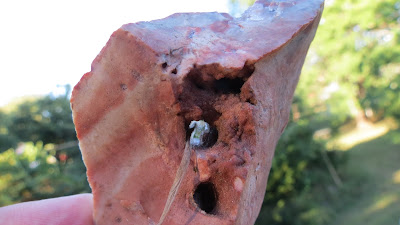 The top hole has use wear in the places one would expect to see wear created by suspension of the point on a cord. It may have been worn as a piece of jewelry. 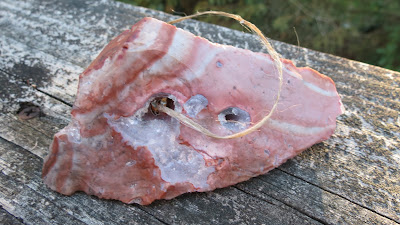 Ventral surface of the prepared core point. This surface has been retouched to open access to the crystal lined pipes which run through the stone and to smooth sharp edges on the proximal end of the point. 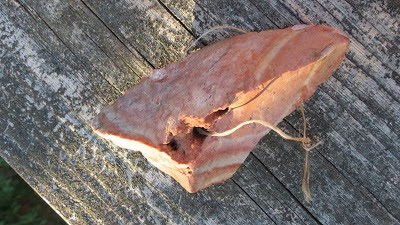 Animation of Levallois point core preparation and removal from the core 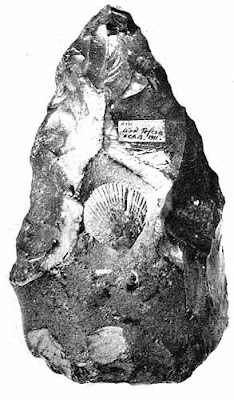 The famous Middle Paleolithic West Tofts, U.K., handaxe attributed to Neanderthals was centered on a scallop shell inclusion in the flint in a somewhat similar manner of the centering of the crystal pipes in the Licking County, Ohio, example. 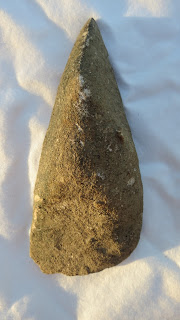 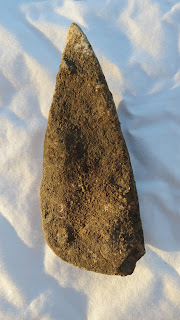 Many Ohio coarse stone tool types are overlooked by collectors and archaeologists. This limestone piece may have been created using a prepared core technique and then was smoothed out by heavy handling. Here, pointed and spatula ends provide two tools in one. Wear on the stone indicates both ends were used. 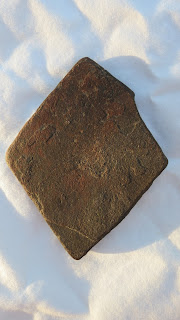 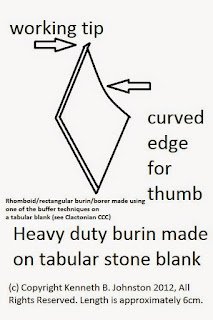 Another example of a recurring form at some portable rock art sites. I described them in the 2012 illustration above. 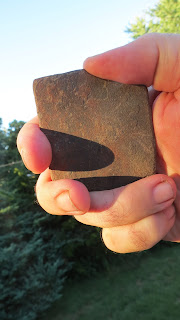 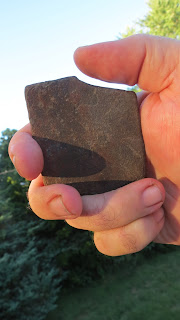 Resting spot to facilitate the thumb in an optimal grip on the tool.
Posted by Ken Johnston at 7:55 PM