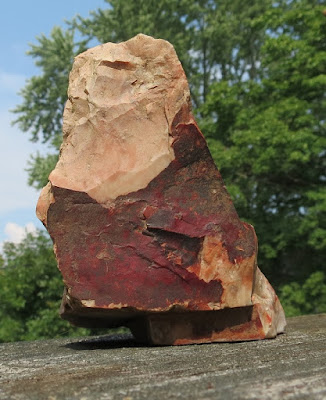 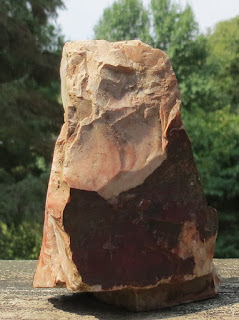 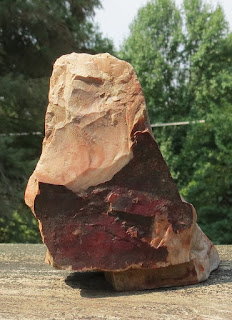 The raptor, presumably an owl, in other perspectives 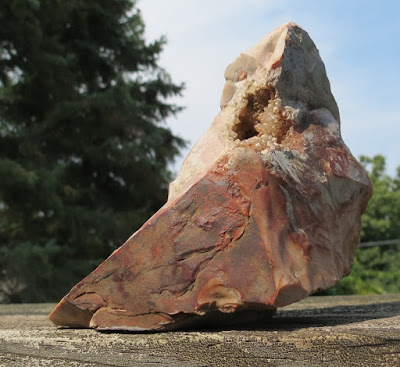 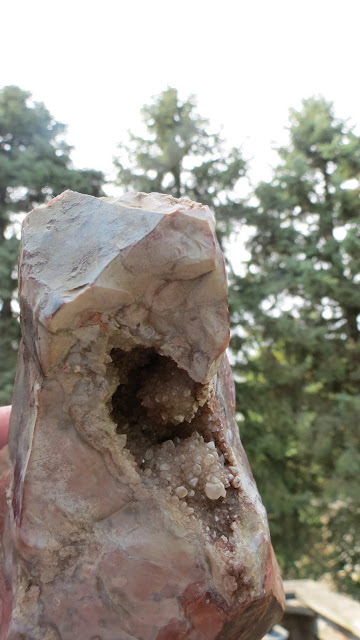 Crystal cavity in the stone worked into the left profile of a bird figure depicted at the owl's beak with its own beak pointing to the upper left. It has worked split tail feathers upon close inspection of the stone. 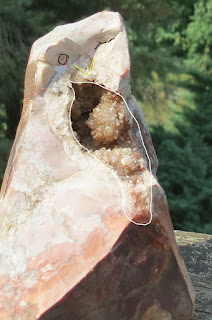 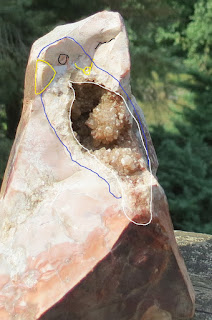 Illustration #1: Owl face with crystal bird shaped cavity outlined at its yellow marked beak. Its right eye is circled and the left eye is marked with a line. Illustration #2: 'Three birds in one view' with blue highlights and yellow beak added to the third bird form. The right eye of the owl is also the left eye of the blue bird. The blue bird has the crystal bird as it wing and tail. 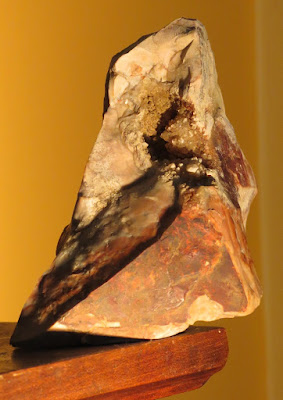 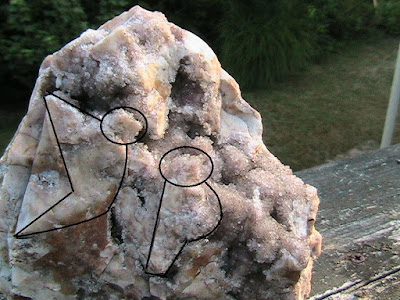 This owl sculpture in flint and quartz crystal was found as part of the Buckeye Lake Paleolithic Sculpture Hoard. It is depicting a perched or still bird at its beak and a bird in flight at its right eye.

The find locations for the two owl sculptures are 11 miles apart, from Harbor Hills to Flint Ridge. The red line on the map crosses Interstate-70 and U.S. Route 40, The Old National Road. Buckeye Lake is about 25 miles east of downtown Columbus, Ohio.
Posted by Ken Johnston at 12:31 AM