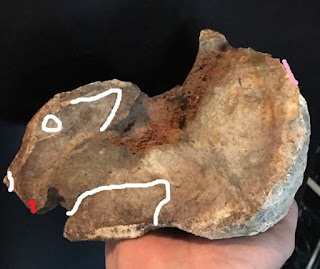 Illustration of the interpreted feline in an exaggerated crouching position. The cat's tail is depicted as a stub as if the rest of it is draped over the right side of the cat and outside viewer perspective. 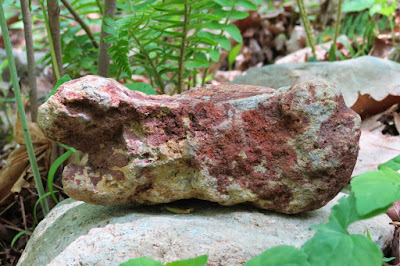 An ocher-caked feline in coital crouch position I found at the Spout Run Paleolithic site in Bluemont, Virginia. This art motif is seen in several examples on this blog.

A house cat in estrus in the feline coital crouch position
Posted by Ken Johnston at 10:09 AM