Polymorphic symbolism in an Acheulean cleaver at ca. 400,000 years before present nullifies popular idea of a human "creative explosion" 40,000 years ago 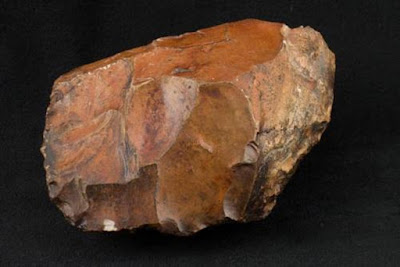 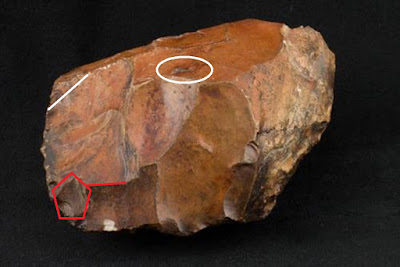 When I saw this photo I recognized the artifact followed a subtle and simple template for a feline head (looking left here) as seen in many other examples on this blog. Eye, nose and mouth features are illustrated. The 'mouth' of the lion is the bit edge of the cleaver and the possible symbolism and irony is noted. 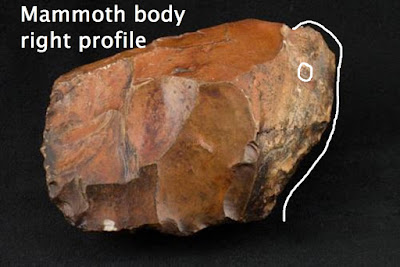 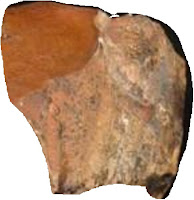 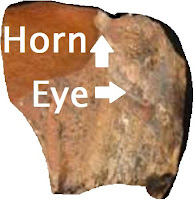 A cut out of the head of an interpreted 'wisent' or European wood bison facing right which is nested together with the mammoth's head. The wisent and the mammoth share the same worked eye feature in the stone. The left eye of the human (see below) is the dark muzzle of the wisent. These two creatures are intertwined throughout Paleolithic art and are related to humans by their combinations in polymorphic sculptures like this.

It is long past time for Archaeology to recognize the significant amounts of cultural information which may have been recorded in stone materials in the most subtle and sophisticated ways by our early ancestors. 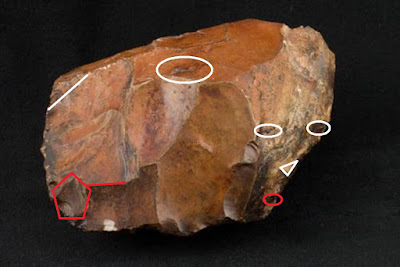 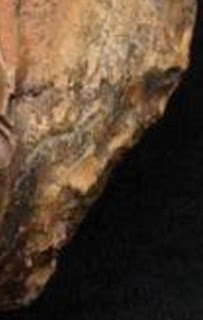 A human face is carved on the lower part of the mammoth's head and trunk. The human, mammoth and wisent are all depicted together opposite the cleaver's bit on what would be the 'handle' of the tool. The predator has its place opposite its three prey species.