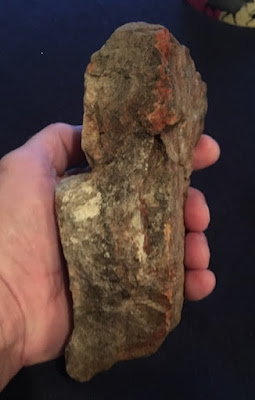 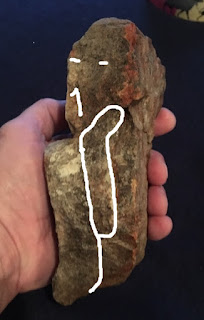 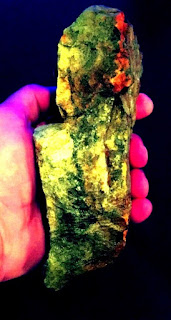 Illustration showing the interpreted legs with knees at chest and arm raised to the head with eyes and mouth marks showing the worked features. Stacy Dodd illustrates the piece using D-stretch rock art photo processing. The red coloration on the figure's 'head' may depict a wound. The overall depiction may be a human in fetal position with arm raised up to a head wound.


"Limb flexion is also characteristic of Late Middle Paleolithic burials. Legs are usually strongly flexed while hands are placed either near the head or lap. This is often described as the 'fetal position.' This was not accidental nor was it the most convenient way to lay out a corpse. It requires forethought, effort, and a degree of haste to lay out the body before the onset of rigor mortis."  (page 189, The Origins of Religion in the Paleolithic, Gregory J. Wightman, Rowman & Littlefield, 2014.) 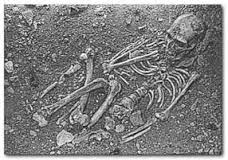 Neanderthal flexed burial from The Old World
Posted by Ken Johnston at 12:00 AM