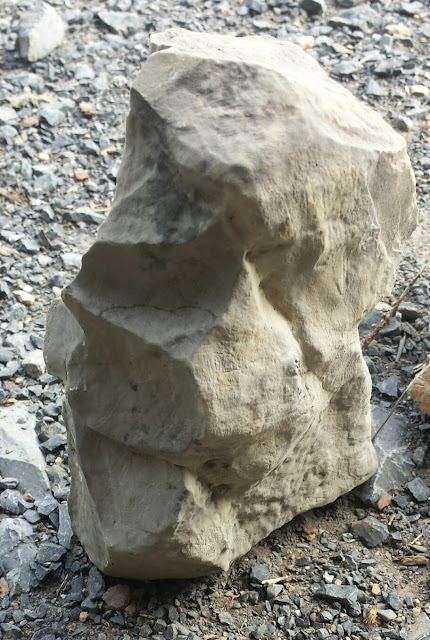 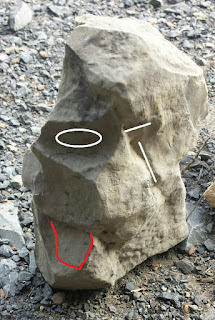 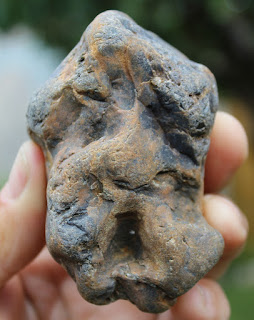 Illustration of the Arkfeld Site human head in the 'left eye missing with distortion to left side of the face' art motif compared to  an example from the France coast featured a couple of postings ago. The Virginia sculpture appears to a have a tongue feature in its mouth which I have illustrated in red. As mentioned first in 2012, I think this motif is illustrating a lion's bite to the left side of the face in a moment of horror and causing a disfiguring injury. This 'meme' was likely a part of folk tale culture, a mythology or the religious beliefs of many early peoples. 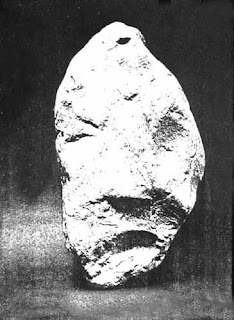 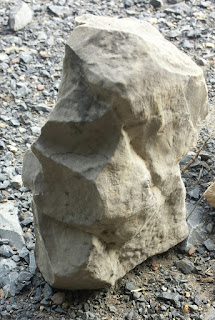