Mammoth cresting human forehead is second such example this month from Arkfeld Site, #44FK732, and was found a few feet from the first 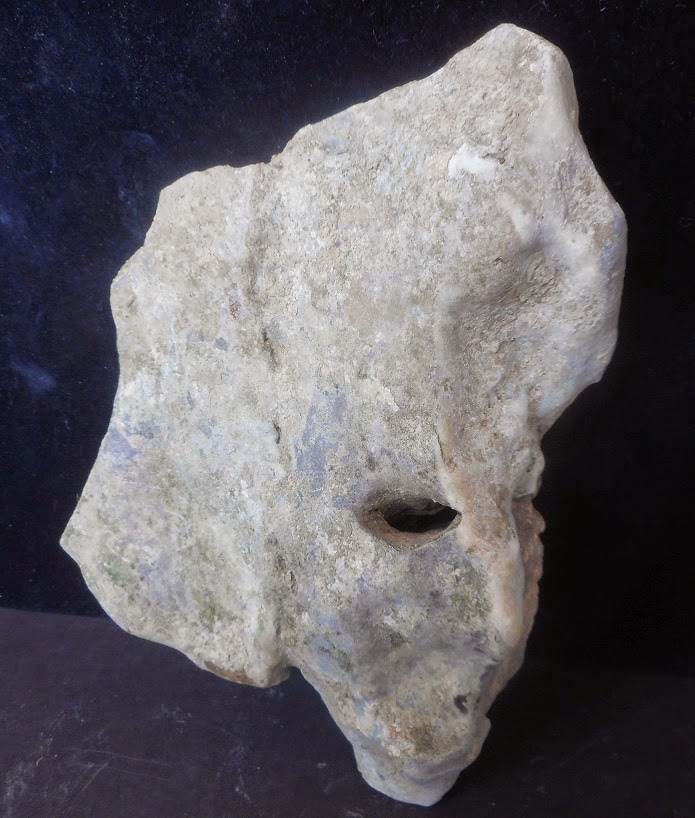 Mr. Arkfeld found this sculpture just a few feet from the (April 3) stone interpreted as a human or human skull face mask with a mammoth cresting its forehead and with the mammoth sharing an eye with the human. This sculpture and its proximity to the first helps validate the interpretations of intention to combine human and mammoth imagery in sculpture at Arkfeld.

These two are in addition to more than a dozen such human+mammoth sculptures from this remarkable Pleistocene site located in the back yard of The Smithsonian Institution.

Adam Arkfeld writes: "It maybe worthwhile to point out that their "rep" was not qualified to evaluate artifacts. He was a retired geologist that spent his career studying volcanoes and such. He dismissed my site based solely on the lack of flint.  His primary diagnostic tool was a metal nail. (no kidding) His test for any potential tool stone was to score the sample with the nail. According to him, if it left an impression in the stone, its not an artifact. The stone is too soft."

Pebble tools, including simple hammers, choppers and awls are frequently found at productive portable rock art sites and no North American archaeologists seem capable of recognizing them but their Old World counterparts are indeed able to include them in the universe of stone technologies they study. 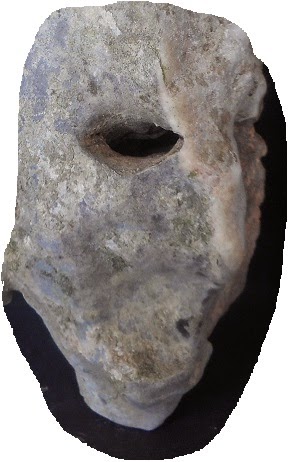 Isolation of the interpreted human face in the sculpture. It presents a face in right 3/4 profile perspective. 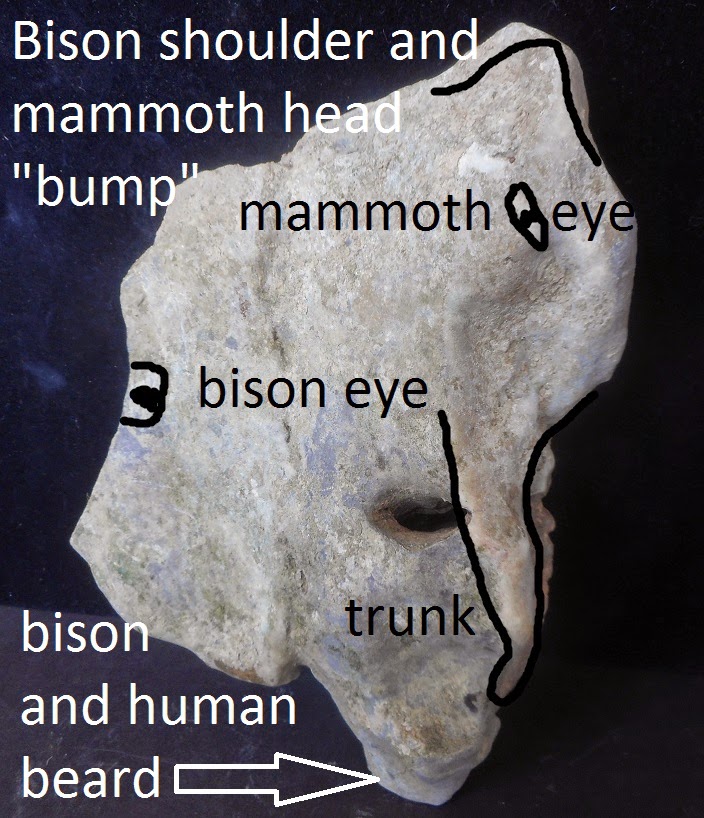 In addition to the mammoth form cresting the human forehead, this illustration demonstrates the presence of a bison head profile facing left on the posterior of the mammoth.

1) the "bumps" observed in nature on the bison shoulder and on the mammoth head are shared elements of the figures in this sculpture.

3) like the shared mammoth and human eyes in the April 3 posting, the mammoth's trunk is also the nose of the human in this sculpture.

4) the bison head figure is sharing its "beard" with the "beard" of the human head figure.

The polyiconic combination of these three beings and the depicted visual inter-relatedness of their body elements implies a special higher level meaning for the artists who sculpted them.

A Russian archaeologist on mammoth and bison combinations in Upper Paleolithic art: 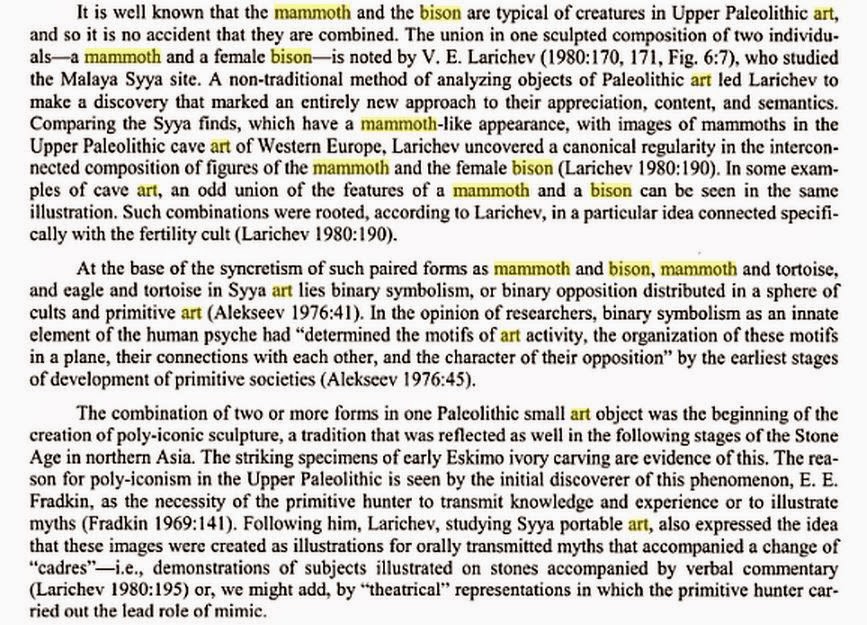