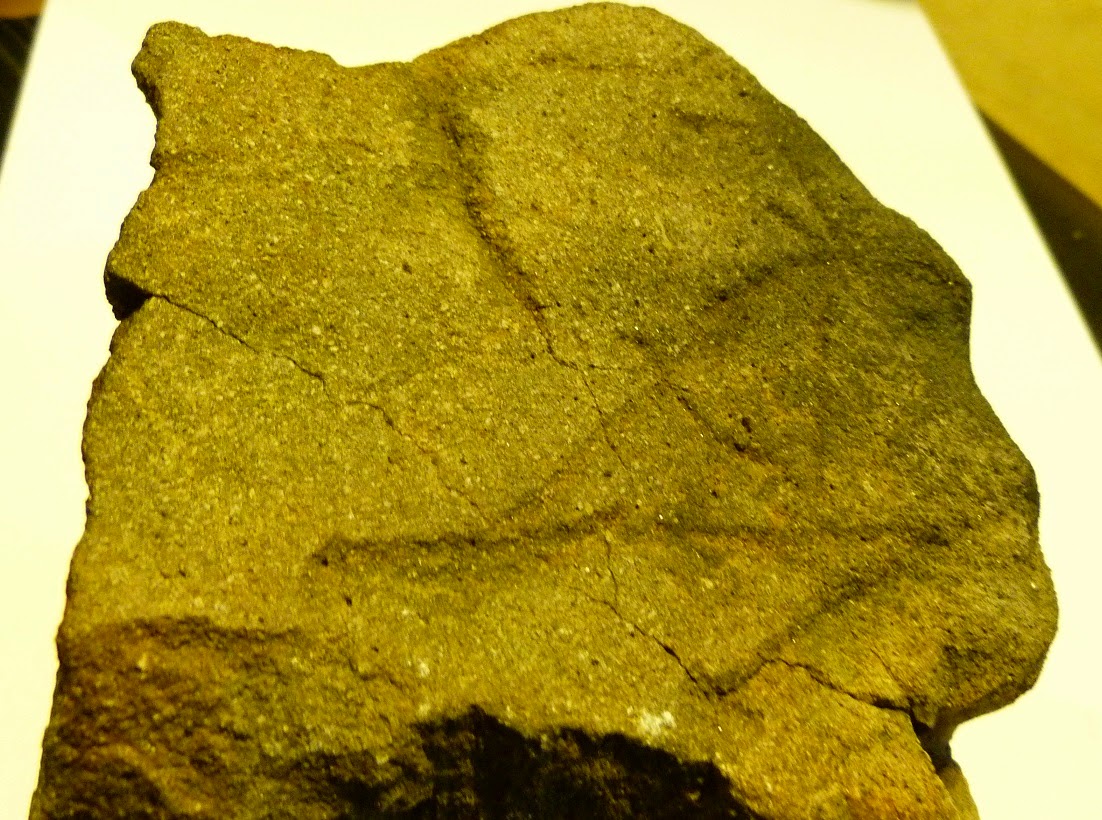 Mr. Mackintosh sent the photos to the Paleolithic proto-sculpture and sculpture author Pietro Gaietto who is familiar with portable rock art of the Italian and Swiss Alps. Mr. Gaietto writes:


Dear Mr. Mackintosh,
I reply to letters of 12/2 and 02/27/2015.
The photos you sent me are all interesting, some depicting the head of Homo sapiens neanderthalensis and others are intermediate with Homo sapiens sapiens (intersections ), so it is likely to have an age between the 50,000 and 30,000 years. Certainly should be seen better, but I do not have time for unavoidable reasons.
The place where you found it is good, they have a process clearly visible. Should see the proportion of height of the place and if there are caves in Switzerland with finds of cave bear skulls, collected by Neanderthals as hunting trophies or religious . .
kind regards
Pietro Gaietto 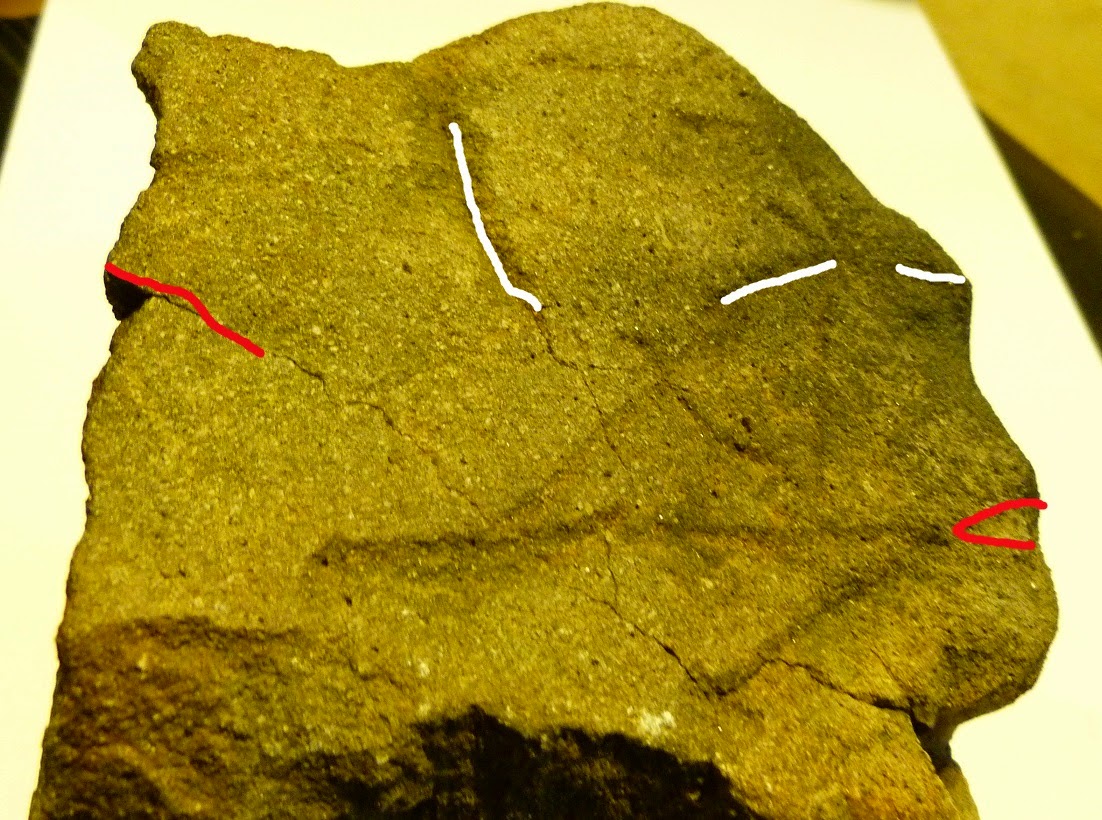 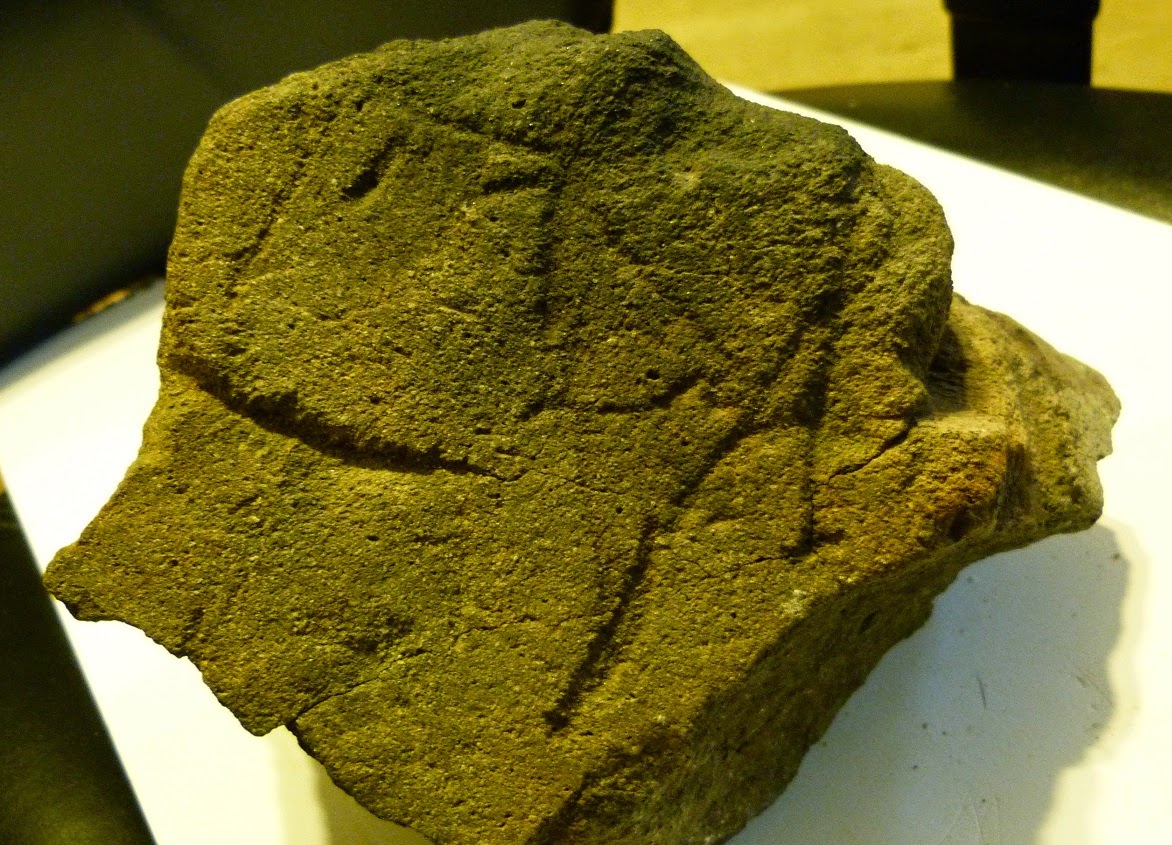 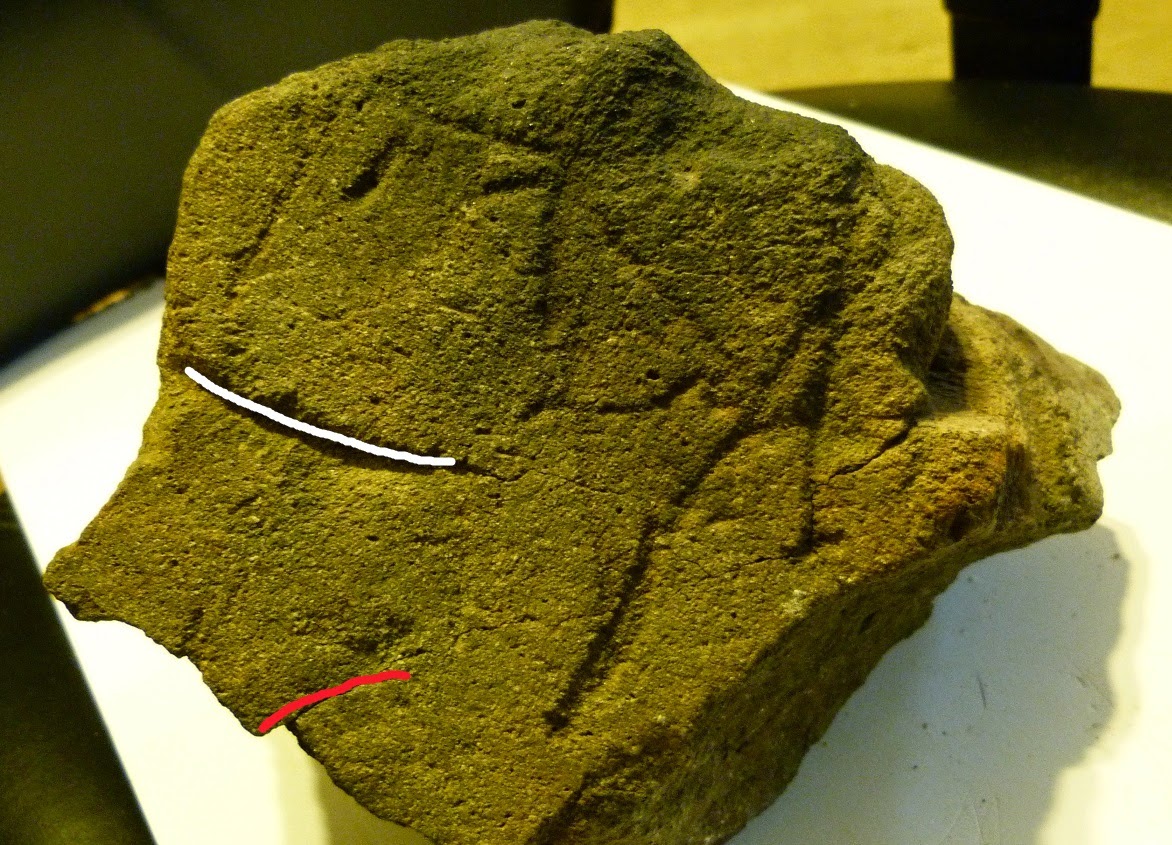 Illustration of eye and mouth of stereotypical Neanderthal portable rock art profile including a recessive chin. 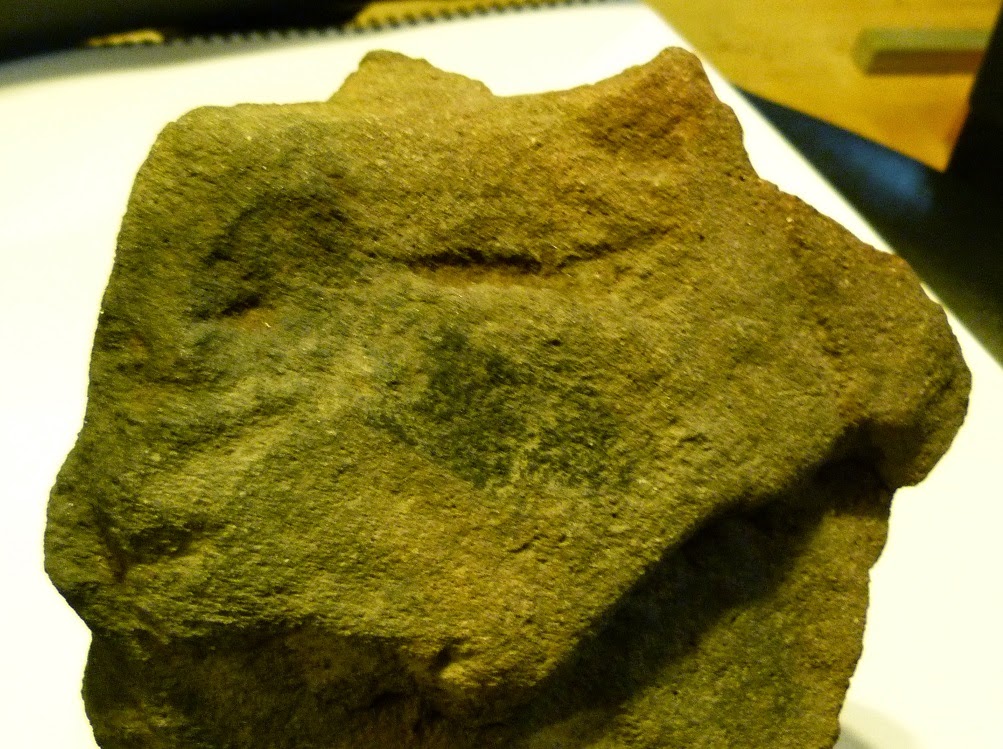 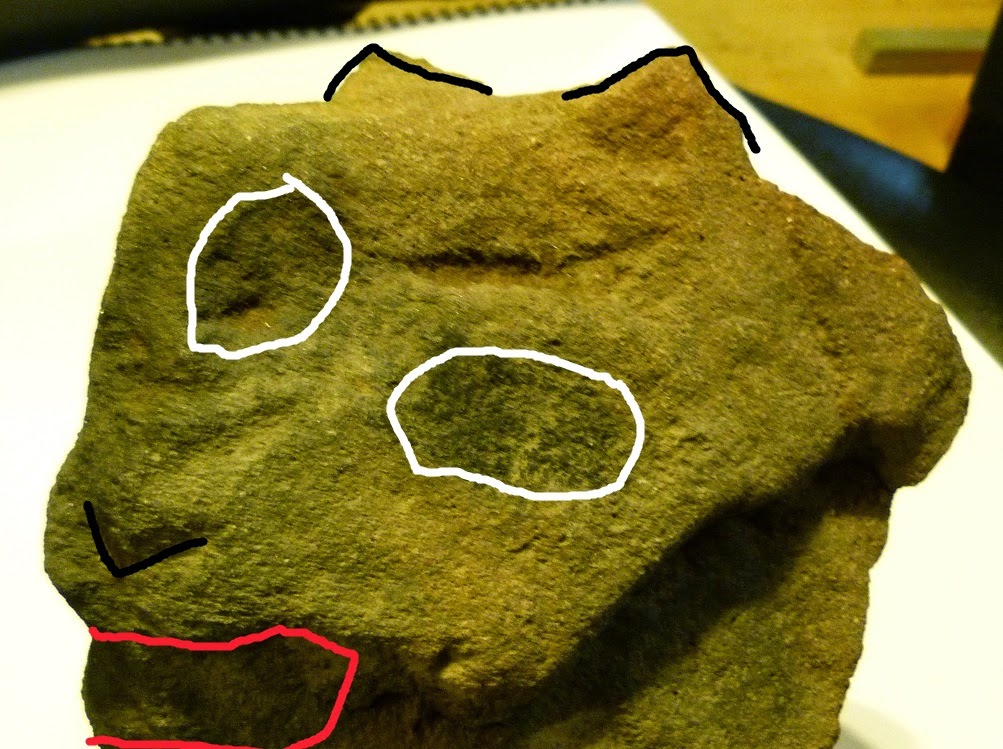 Illustration of the faded but present feline head image 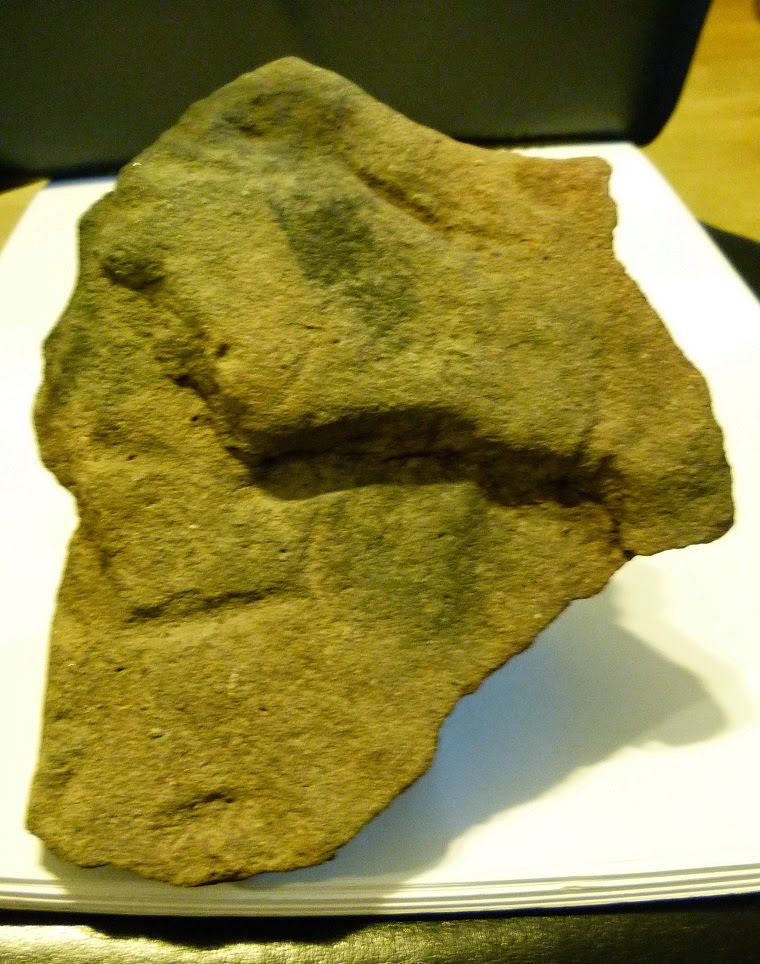 The feline head is the top part of the anthropomorphic head depiction here. The flater facial features and solid chin indicate a Homo sapiens sapiens representation.

Mr. Mackintosh interpreted this as a depiction of a human with a feline mask on the top of his head perhaps preparing to lower it.

I interpret this as symbolic of the lion taking a bite out of the human head, a Paleolithic art motif seen in several examples on this blog.
Posted by Ken Johnston at 9:15 AM