Report of a gemstone with human head and animal head qualities from Ratnapura, Sri Lanka 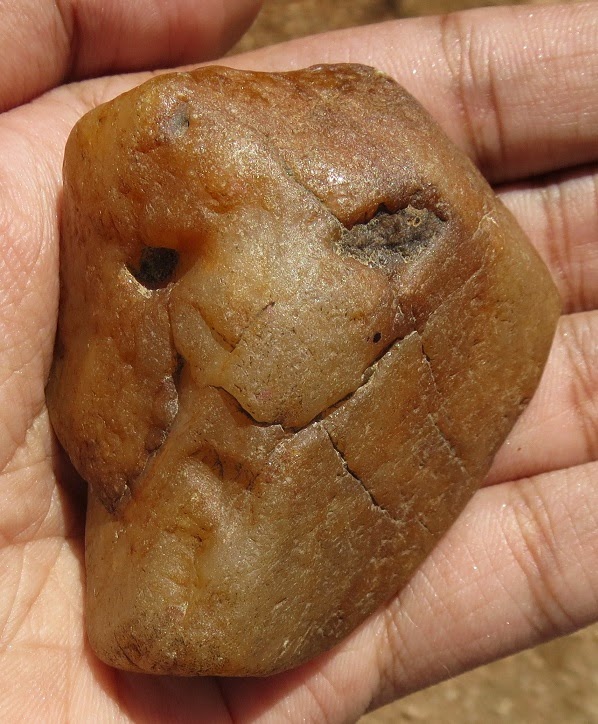 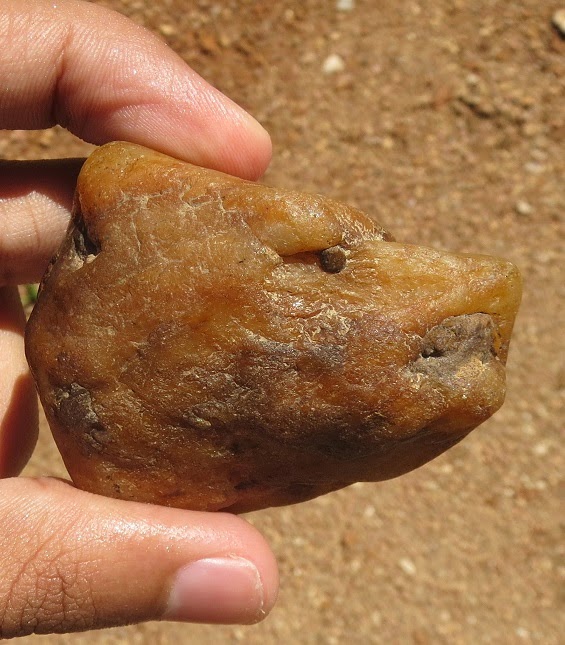 Interpreted as an animal head facing right by Kavinda. Because this stone is likely from the Lower Paleolithic it is not likely to be a dog but is more likely to be an animal present in Sri Lanka during that time.

I'm from Sri Lanka and I have this natural rock formation of a rough yellow sapphire rock which was found about 60 years ago from a gem mine in Ratnapura, Sri Lanka. It belonged to my grandfather who was a gem merchant. One side of the rock resembles a human face and the other side a dog's face which is quite interesting and I was searching about such findings on the internet  and came across your blog about portable rock art and thought of submitting you these images of it hoping I could get a better understanding about it.. whether it's a natural rock formation or a portable rock art..
I believe it looks similar to the "one eye open, other eye closed" figure stone which i saw on your blog.
Dimensions(approx.):

These type of findings are not common in  our country and this stone was quite popular back in the day that it even got published in local newspapers..
i understand that it might be difficult to comment on such a finding by just looking at the images..  though it would be great if you could express your opinion about this rock formation.. 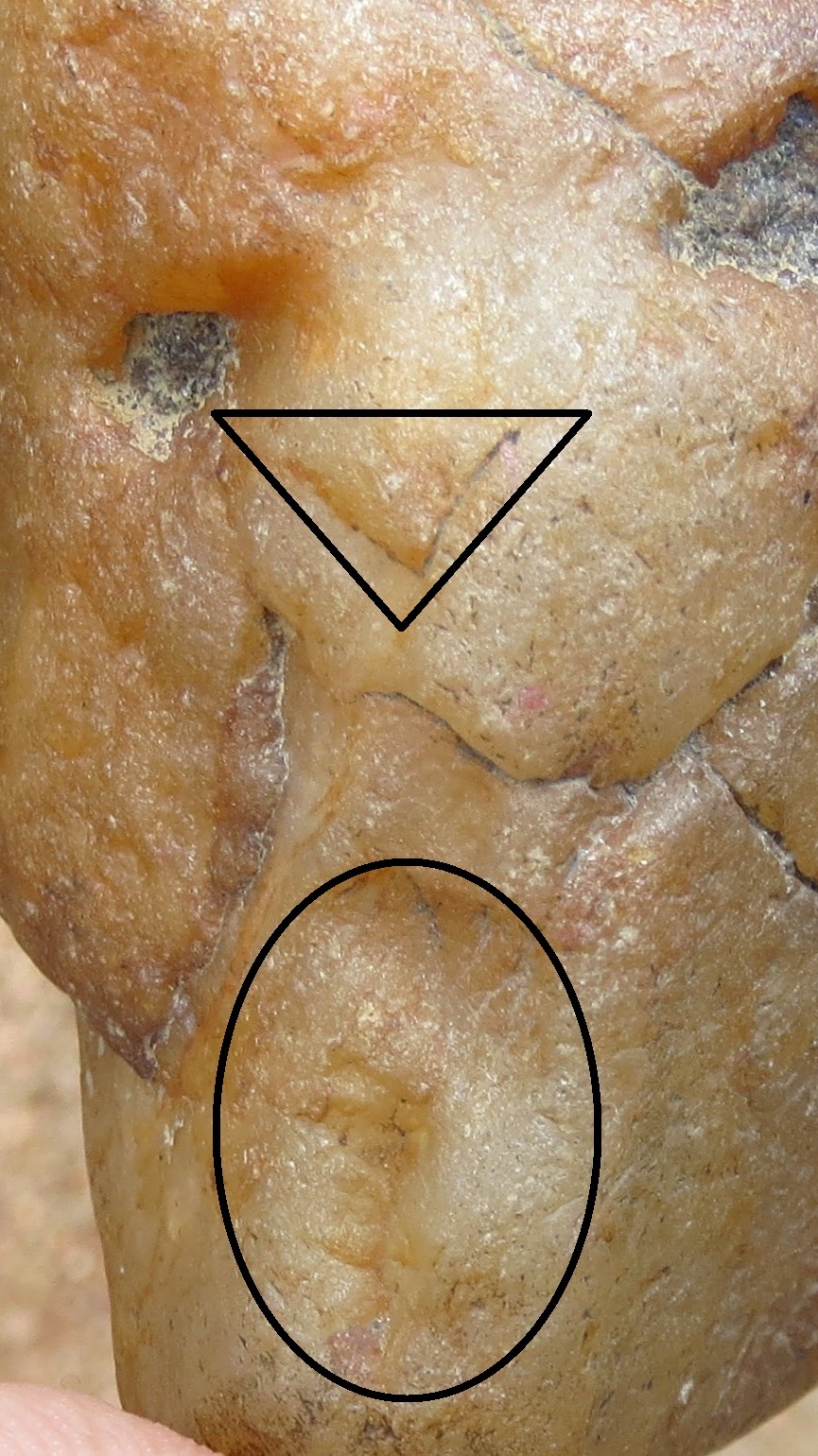 A nose has been manufactured by a human by incising two lines which terminate at their intersection to form a "V" shape. The location in the nose area between the eyes and its precise execution argue strongly for this being an artifact. There may also be stone removal in the figure's mouth area as highlighted by the oval marking. 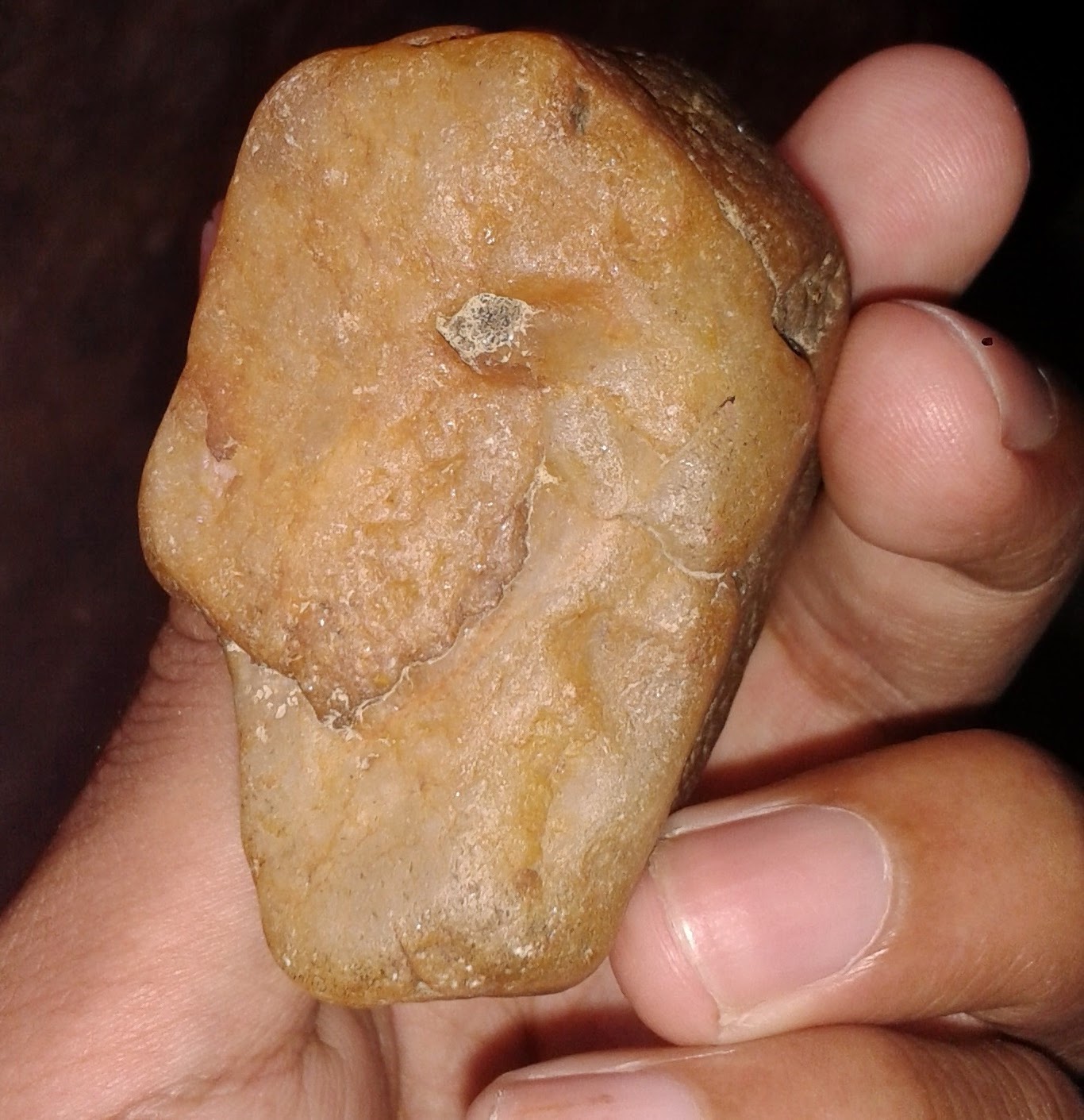 A second rough human head profile facing left appears when the stone is rotated slightly to the right from the orientation in the photo at top. 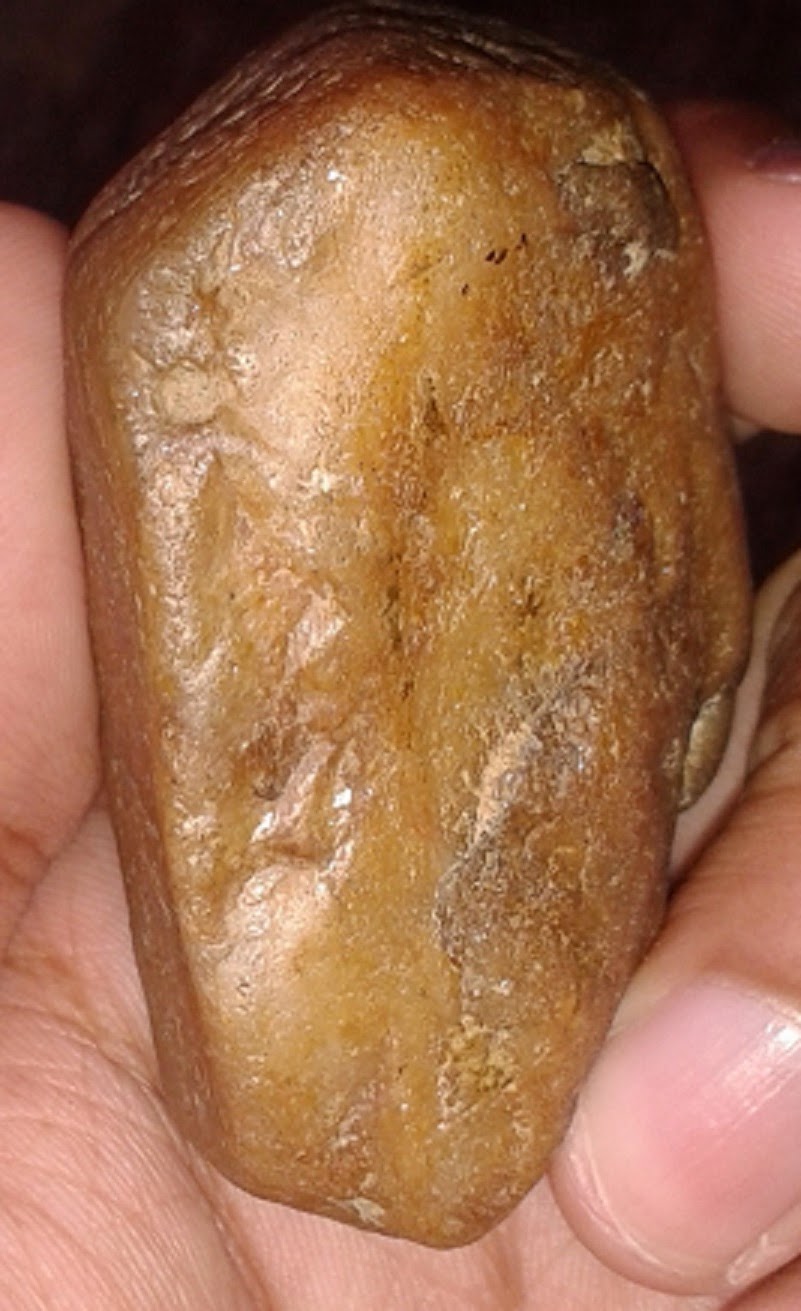 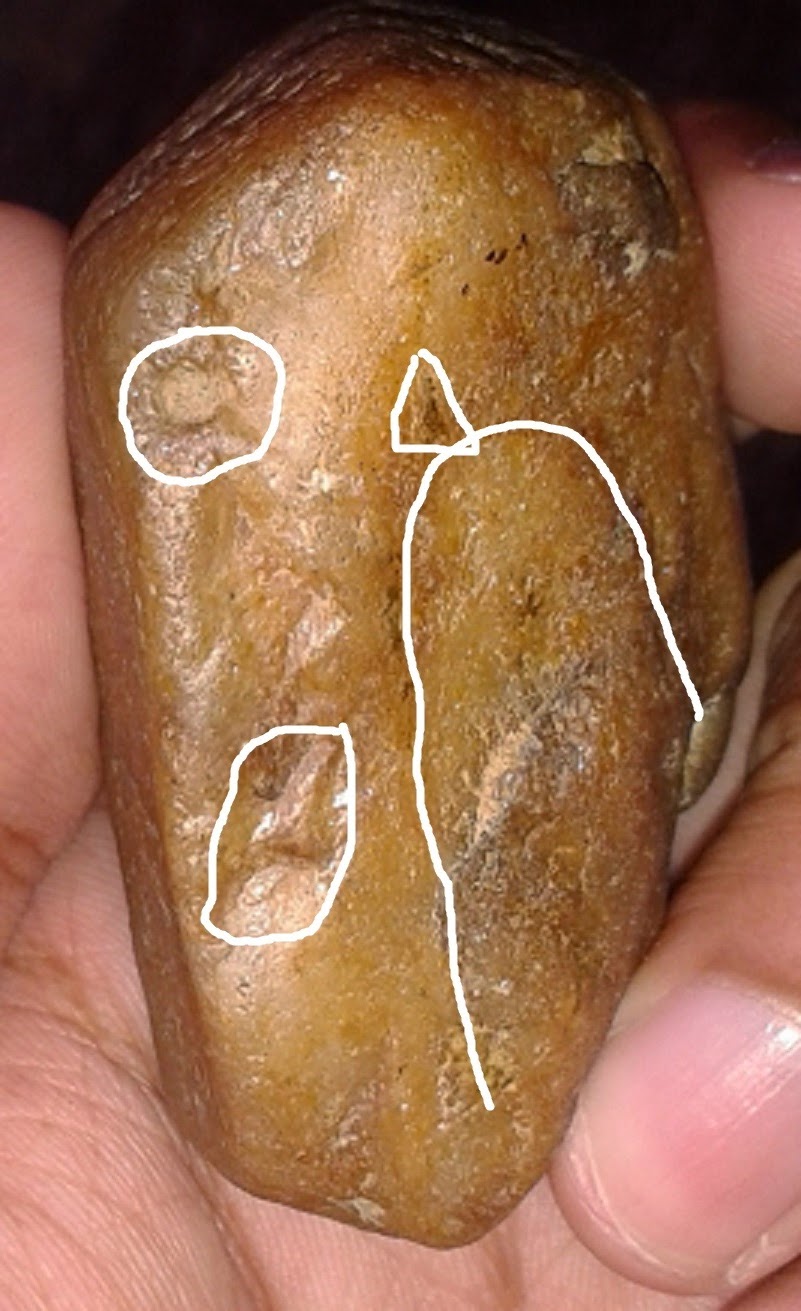 Third human face figuration is in Lower and Middle Paleolithic paleoart motif of "right eye open, left eye missing." The right eye is circled, the "missing" left eye is marked by the triangle, distortion of the left side of the face under the eye is characteristic of this motif and is made of an arching line, mouth circled at bottom.
Posted by Ken Johnston at 12:00 AM