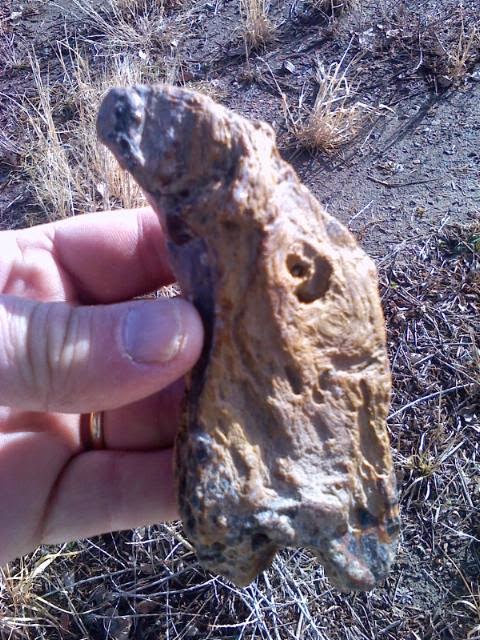 Chris Schram find, Big Dry Creek, Westminster, Colorado, in a watershed Chris has documented is rich in humanly worked petrified wood figure stones and sculptures. Interpreted by Chris in the field as a standing bear from behind with its head turned to the left. 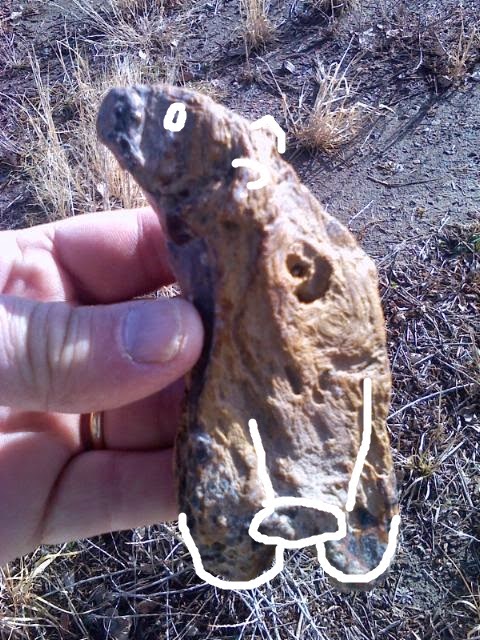 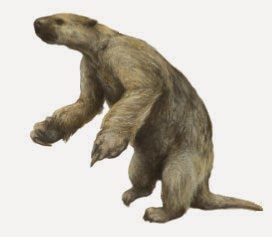 The depiction of the posture of the animal is highly suggestive of a ground sloth. A stub of a thicker tail than a bear tail seems to also be depicted. There is precedence for sloth portable rock art in the United States as evidenced by the Arkfeld site example made on a stone featuring a natural face mask and found in a palaeoart context. 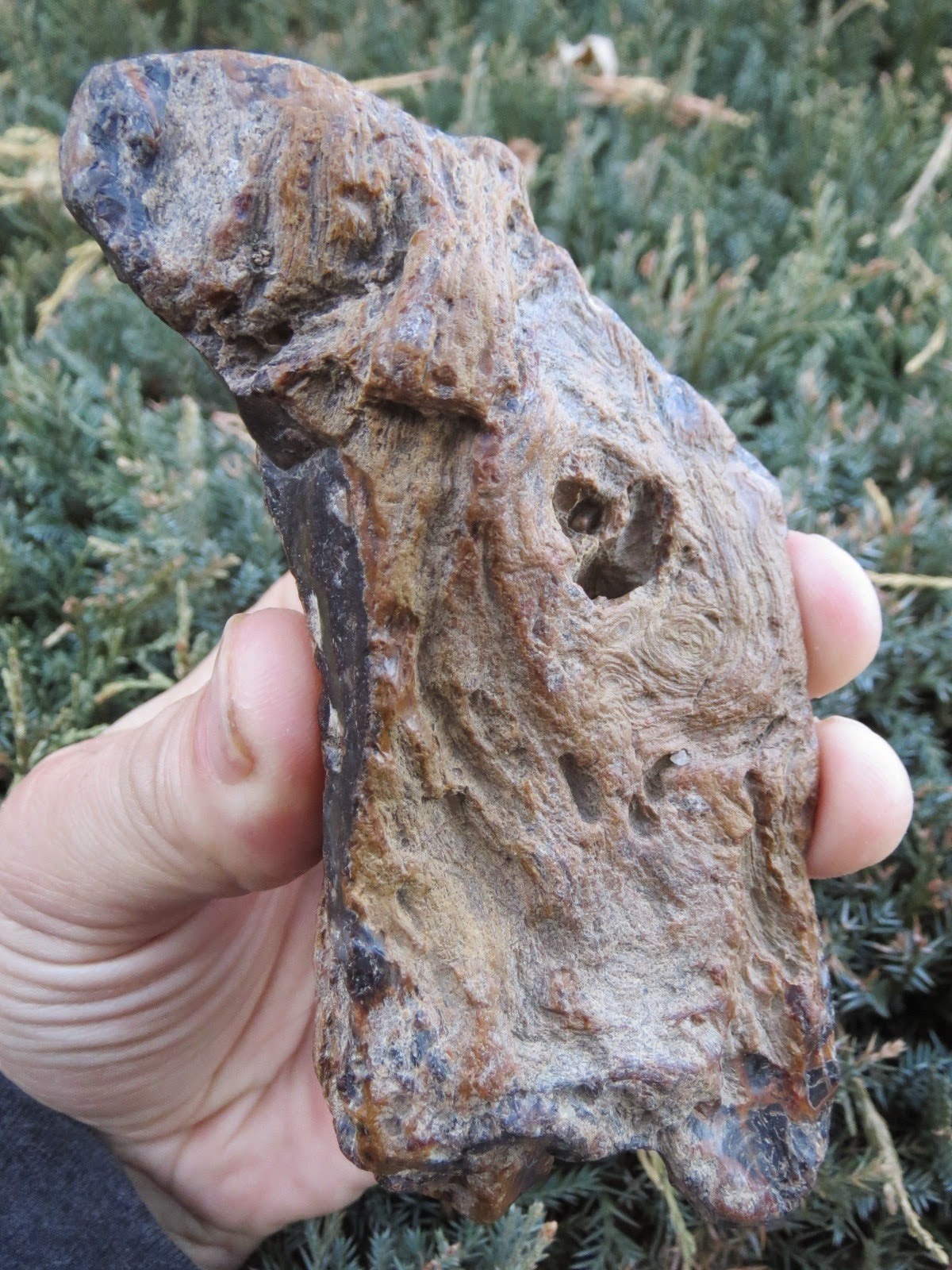 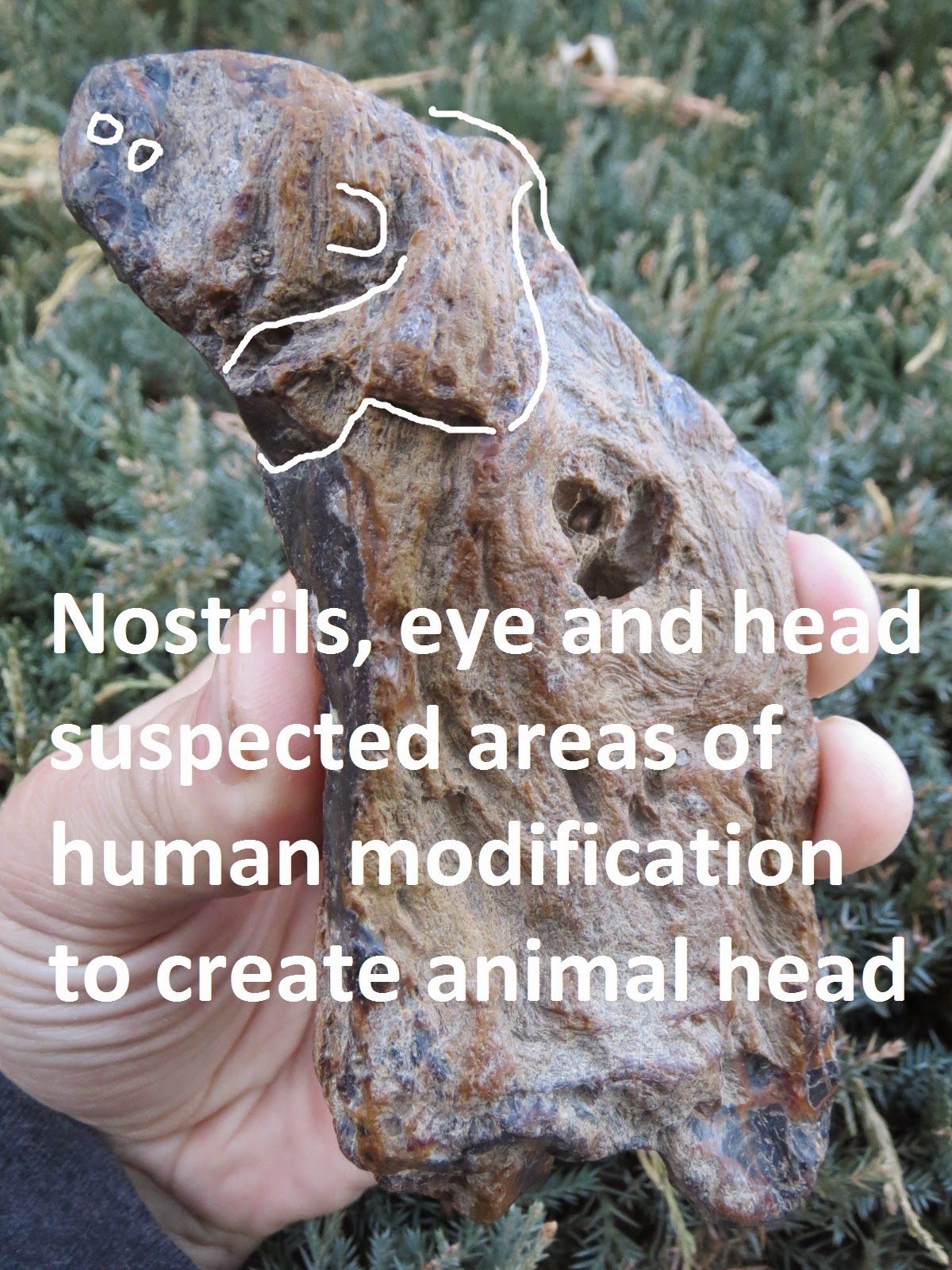 Animal head (bear, sloth) is defined by human modification of the stone, illustrated by line markings. 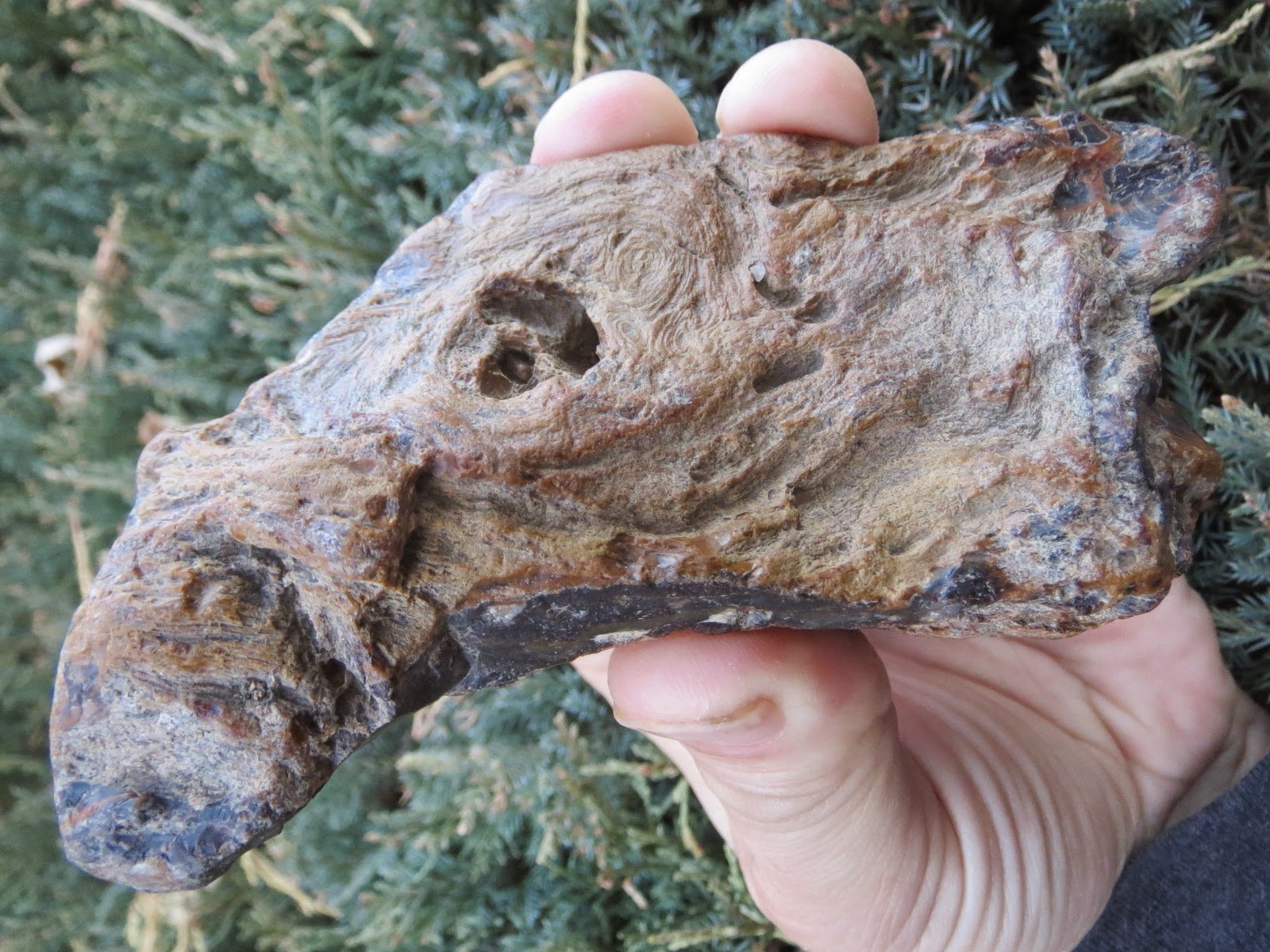 When the view of the sloth is tilted 90 degrees to the left, a horse head sculpture is presented looking left with a large humanly carved eye and where the sloth's head is the detailed muzzle of the horse. The horse is depicted with a "swept back mane" which is also a leg of the sloth.

Published scholars in Ice Age rock art such as R. Dale Guthrie and Barbara Olins-Alpert have described many of the human and animal images as having a cartoonish appearance. We also can see this in their portable rock art. The cartoon-like appearance is due to reduction of the visages to their most simplistic and evocative forms and having to translate these natural forms into the hardness and stubbornness of rock.

This kind of polymorphic sculpture is seen in many examples on this blog and the combinations of the animals, such as horse and sloth, likely had an understood cultural significance to the Ice Age makers and users of these objects. 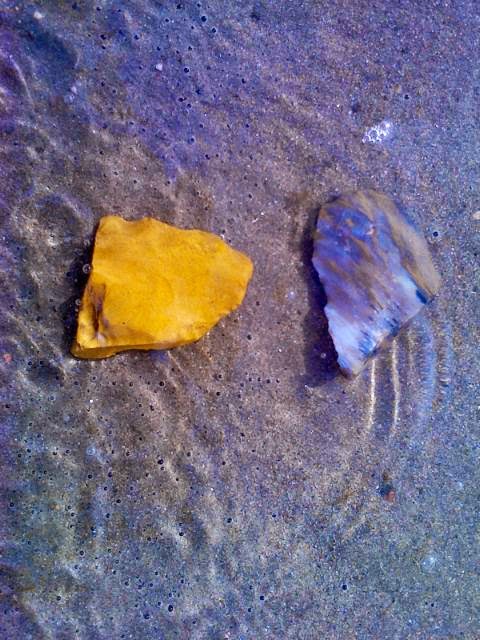