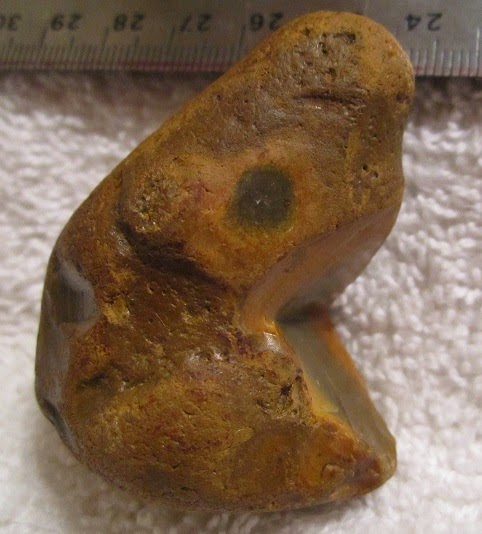 This sculpture found by David Boies near Austin, Texas, is yet another example of a recurring form from portable rock art bearing sites which have been featured on this blog.  This one helps confirm this PAC-MAN like form as a broad formal motif which must have had a cultural significance to the people who made and used them. They have been described from Oregon, Tennessee and Mississippi- and now Texas. 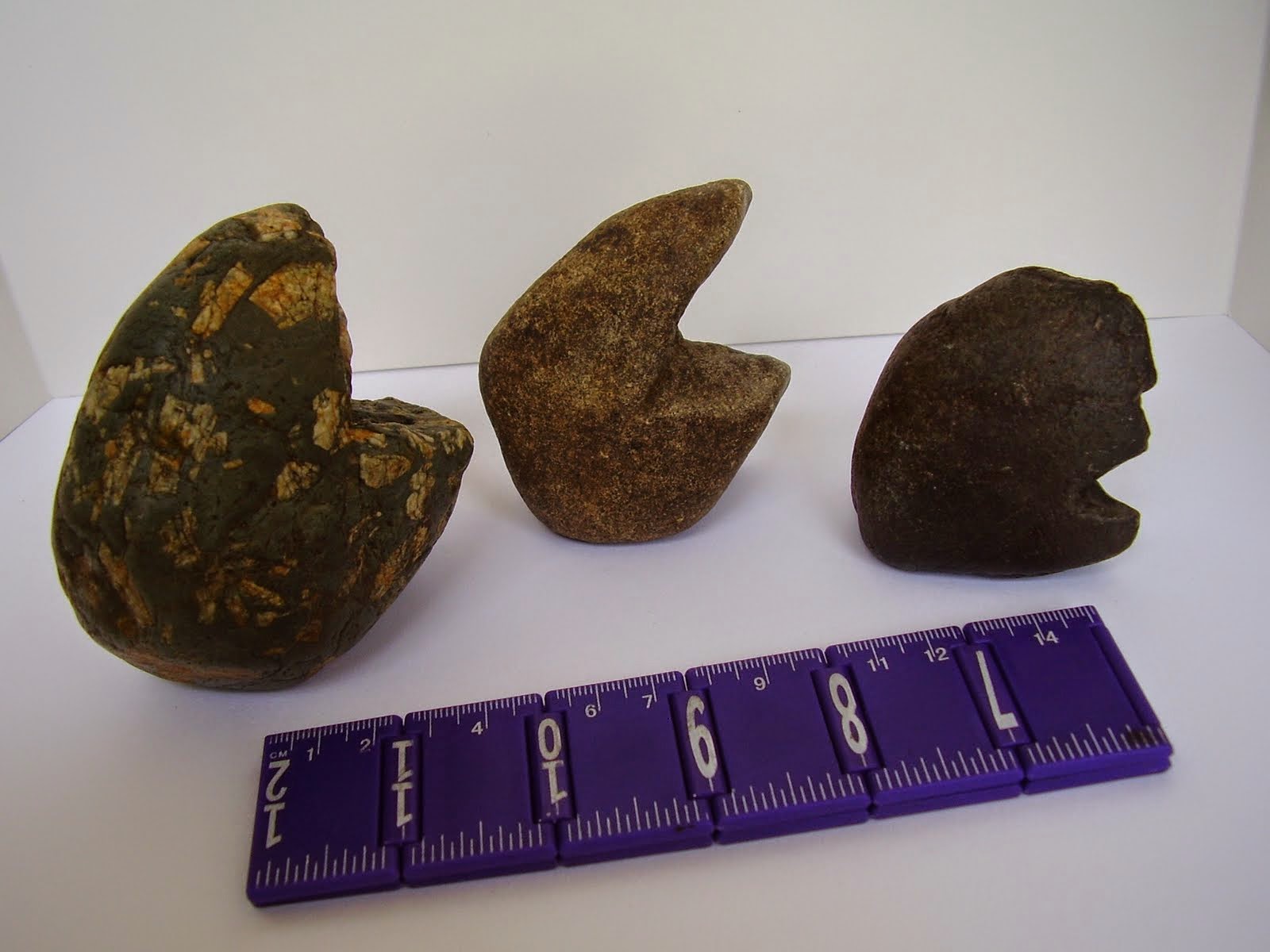 Tennessee example in center with two Oregon examples at the ends

The subject of stone toys has been raised here before and its seems possible these simple heads could have used for child play or puppetry. David Boies noted this figure's resemblance to a frog. 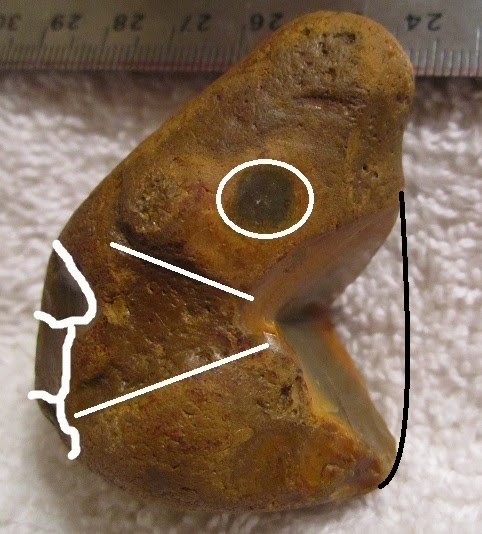 1) At far left are flake removals, possibly made to accommodate a human grip of the stone.

2) The lines forming a funnel shape indicate an area which may have been used and patinated by a human finger in the grip of the object. It could also be that the sharp corner of the figure's mouth was used as a scraper tool and this caused the wear and patination in the funnel area.

3) The circle around the eye may indicate a natural stone feature which was exploited or it could be human made pigmentation by birch bark resin or the like.

4) The black line indicates an approximate edge of this stone before it was humanly modified. A large hunk of the stone was removed at an approximate 100 degree angle to depict an open or laughing mouth.

The flake removal at left and the mouth at right indicate this is an artifact and not a natural coincidence. Several individual stone removal points with the same or similar patination are highly unlikely on a natural rock. Natural scars on stones have differing patinas because they are so spread out in time.
Posted by Ken Johnston at 12:00 AM