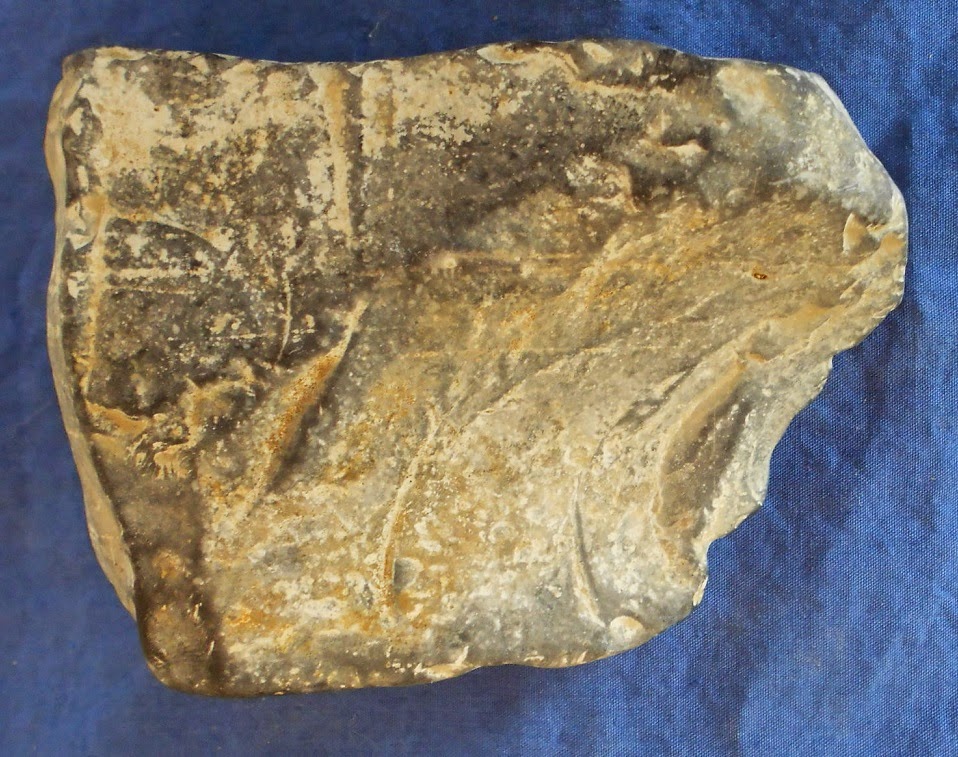 This figure stone combines mammoth, or perhaps mastodon, imagery along with human face imagery. It achieves two already described motifs, the mammoth form cresting a human head and human imagery nested among a mammoth's legs or at its hind end.

Regarding another sculpture seen on this blog, figure stone investigator Jan van Es of Roermond, The Netherlands, writes "In many sculptures of animals (bear, elephant, bison, etc..) is a portrait by the legs visible. Here I see a man's face by the hind legs." The Arkfeld site has already produced another example of this motif featured on this blog in May 2014 where two human face masks are nested among a baby mammoth's legs on a figure stone. 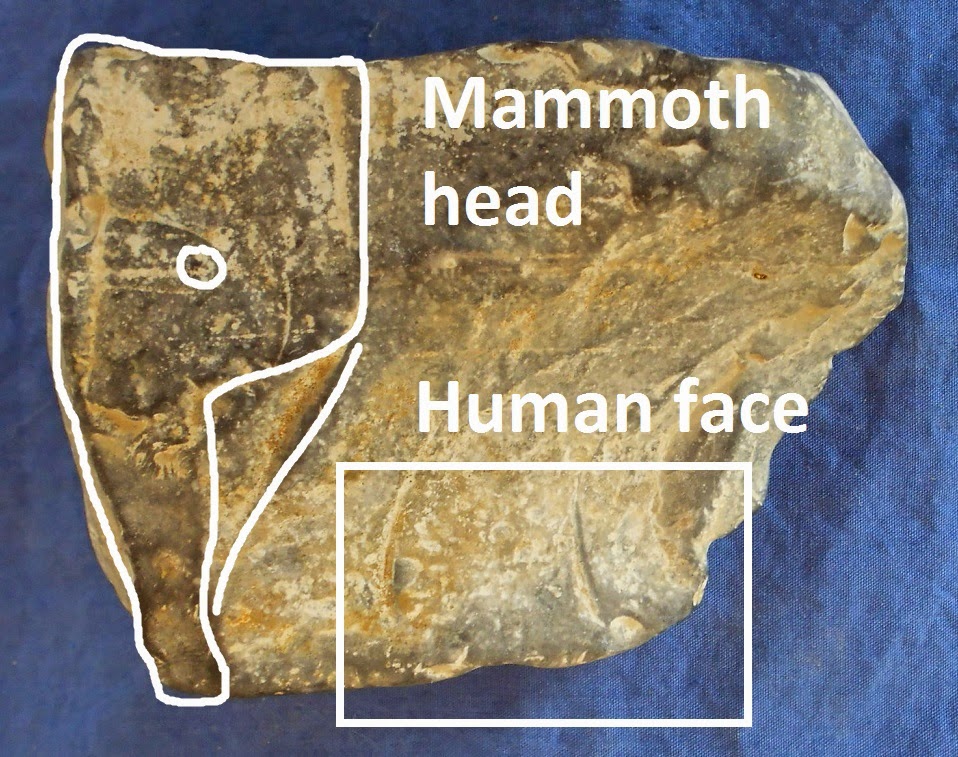 Ken Johnston interpretation of a mammoth head form on a rough mammoth body. The sculpture includes the image of a human face which is facing downward inside the box. 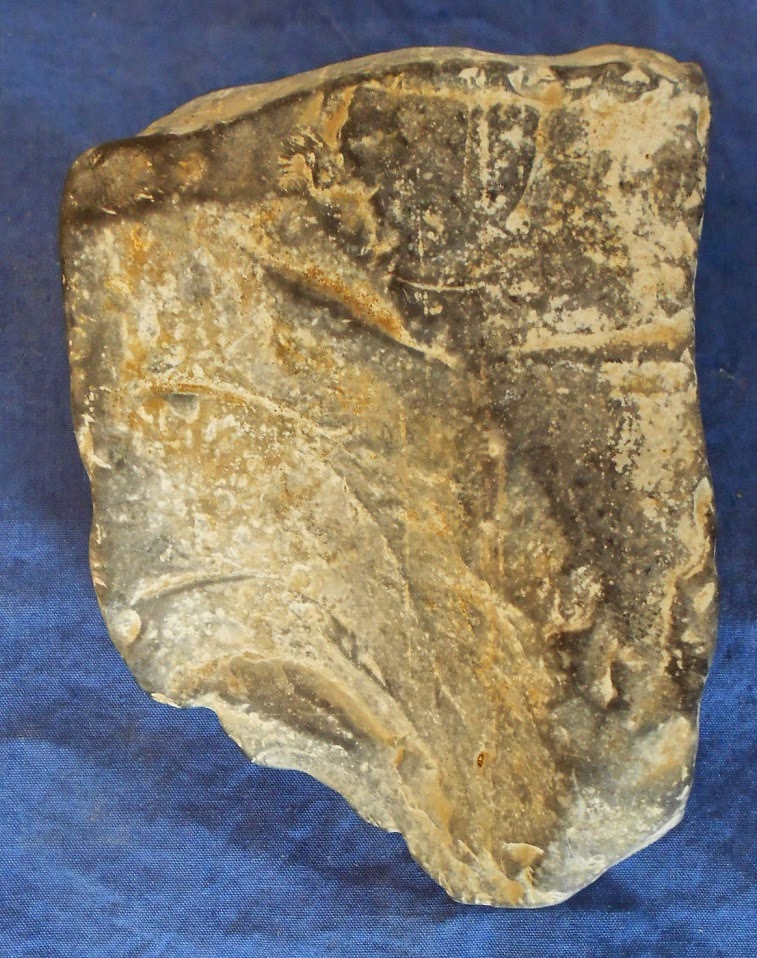 Rotation of the mammoth view by 90 degrees to the right presents the human face looking left, with the mammoth's head and trunk cresting the human's head. This motif has already been described on this blog as well. 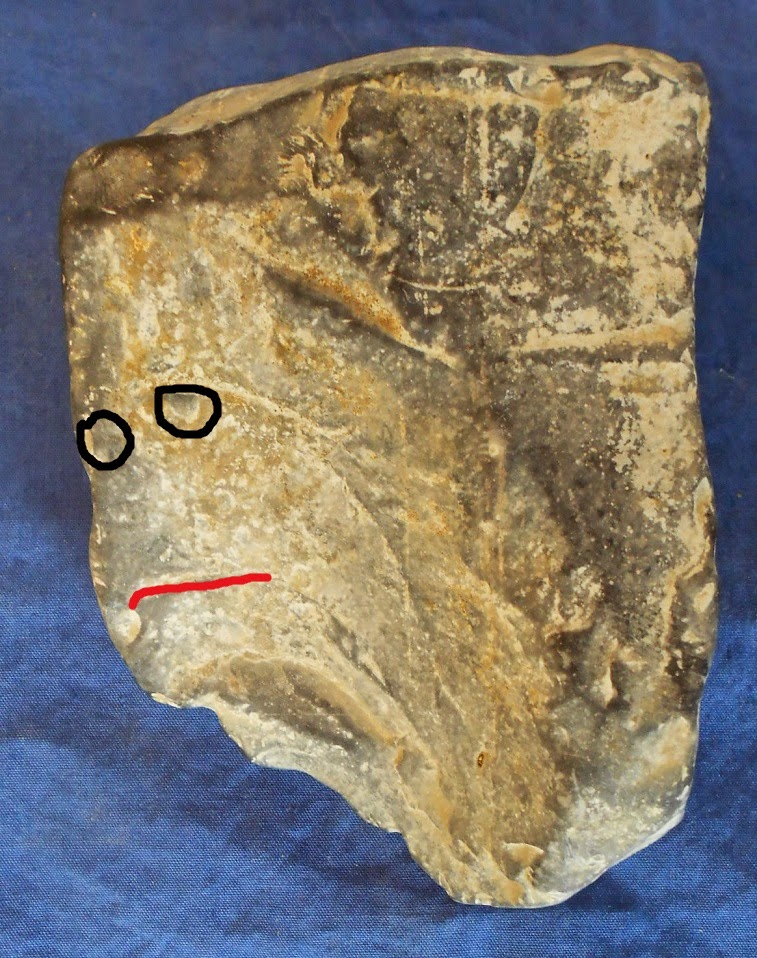 Illustration of the interpreted eyes and mouth composing the human face image. 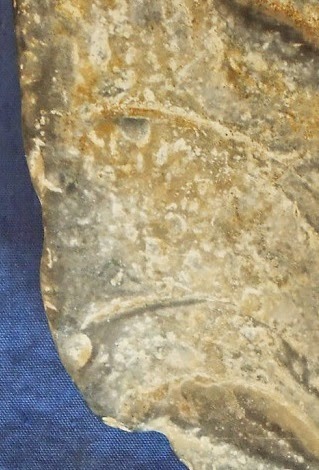 Close up of the human face in left 3/4 profile highlighted by the rectangle in the above illustration
Posted by Ken Johnston at 8:27 AM