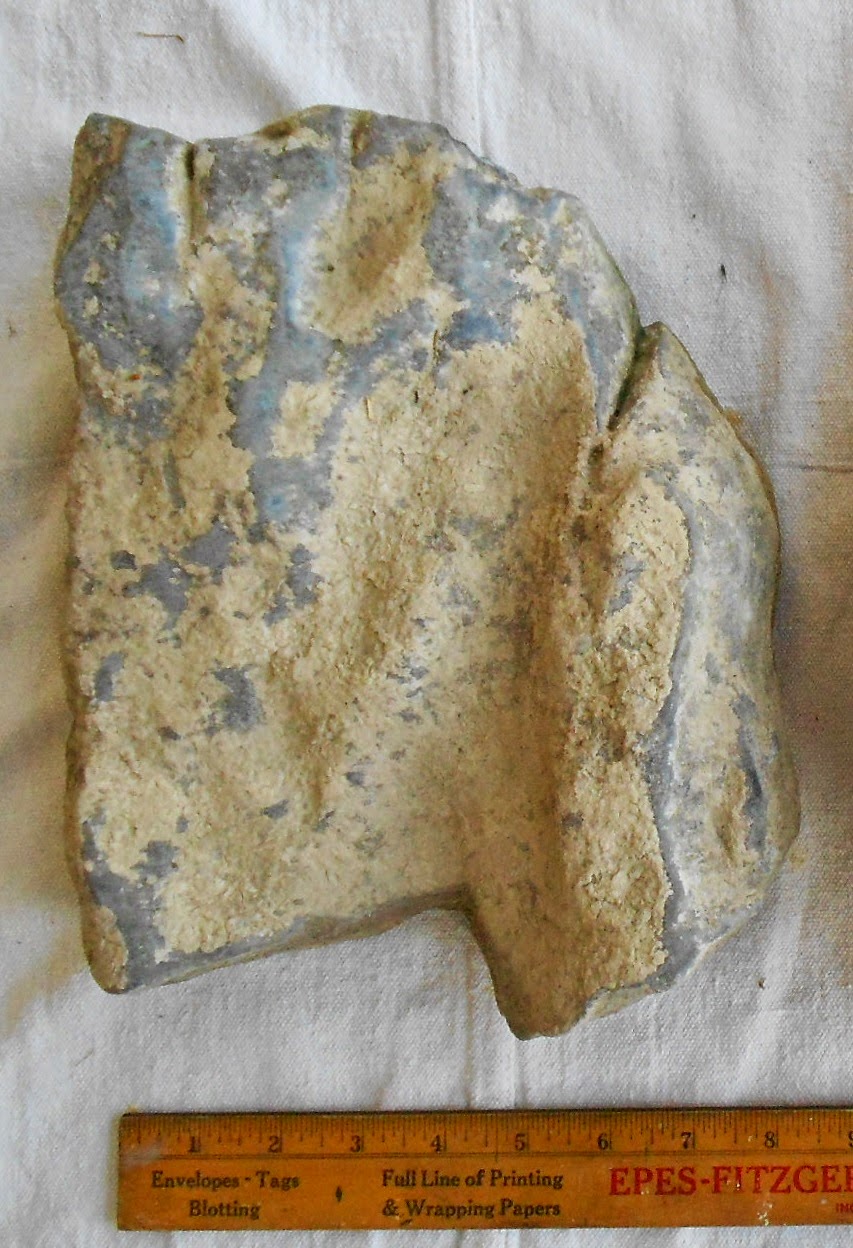 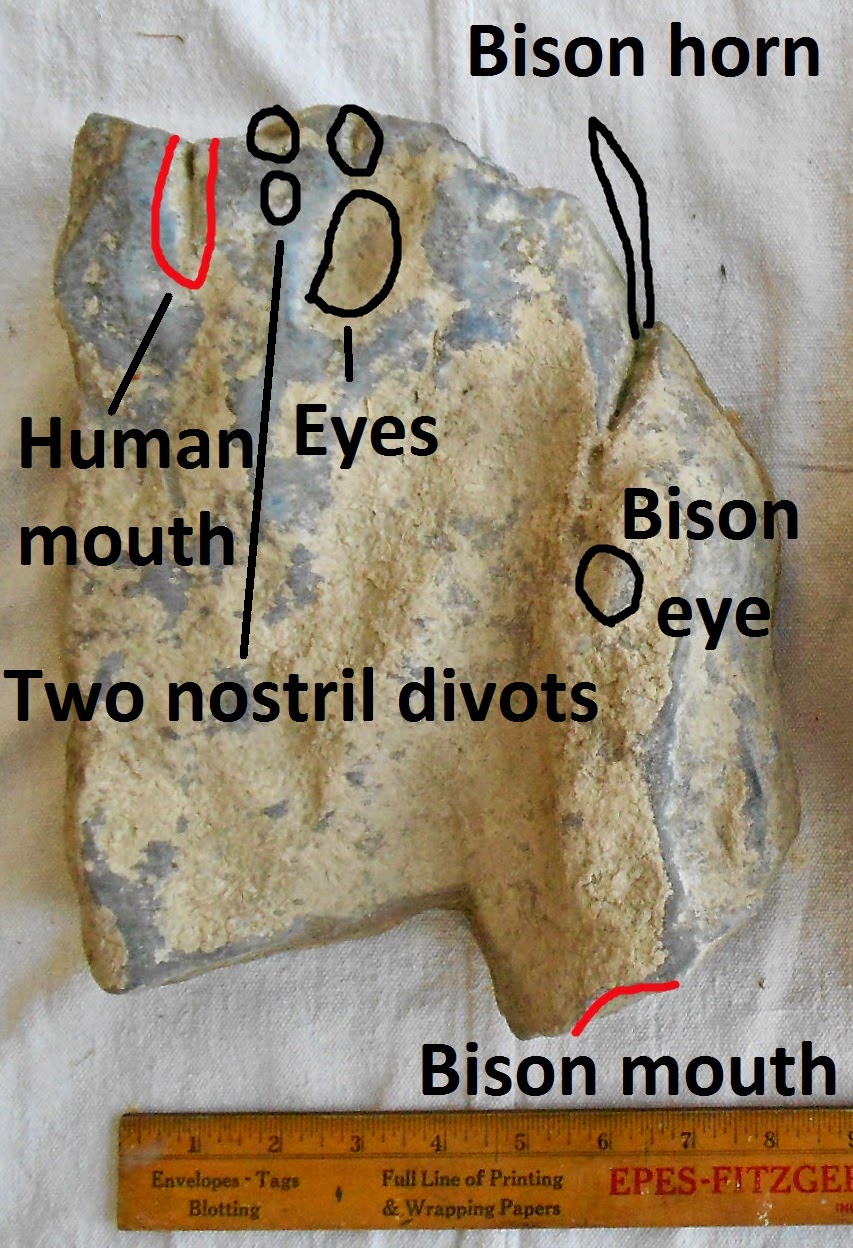 An illustration of the human and bison forms in this sculpture. The channel above the bison eye is a symbolic horn line which may be continued upward a bit as seen in the illustration. The human face has two nostril divots which is seen in so many other portable rock art figures and may be considered as adding the "breath of life" to the stone object. 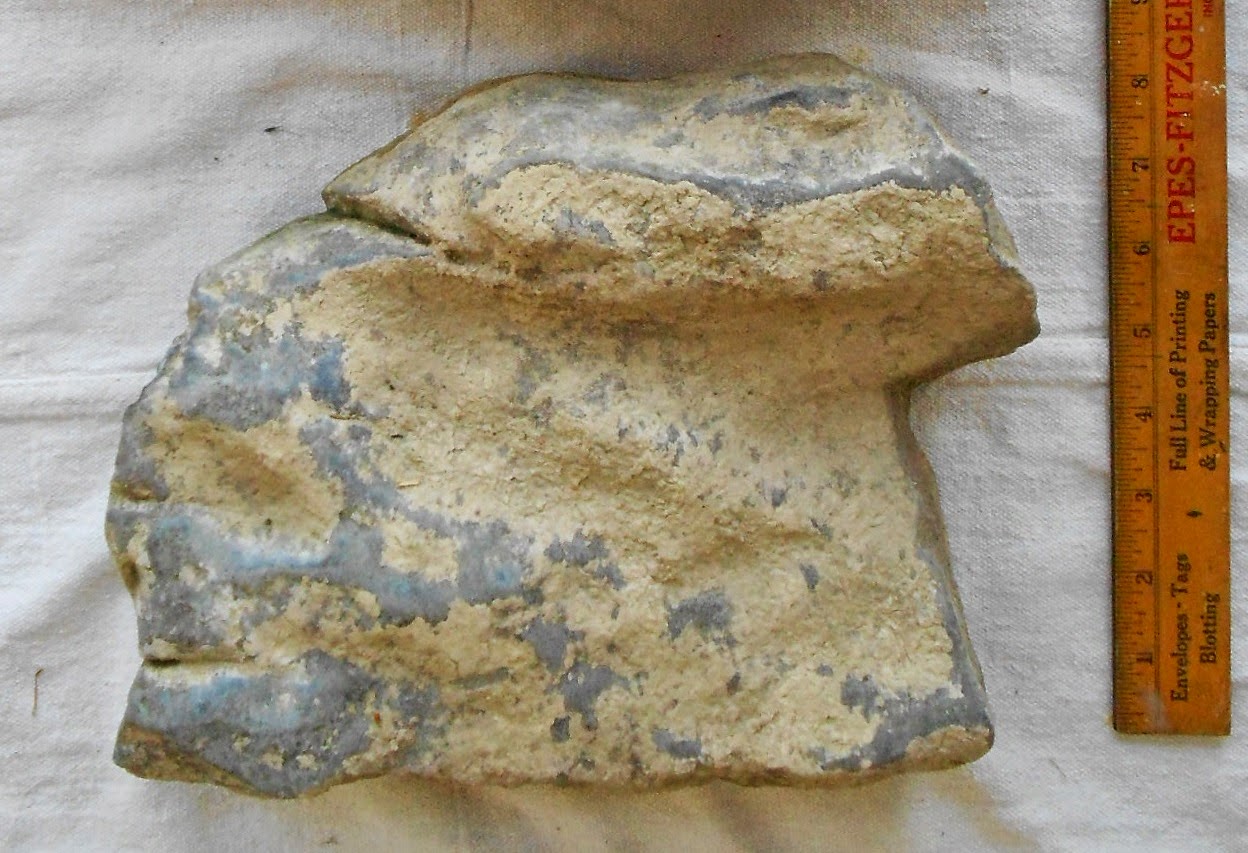 Rotating the bison neck and head image 90 degrees to the left orients a human head facing left on the left end of the stone. The top of the human's head is defined by the bison image horn crevice. 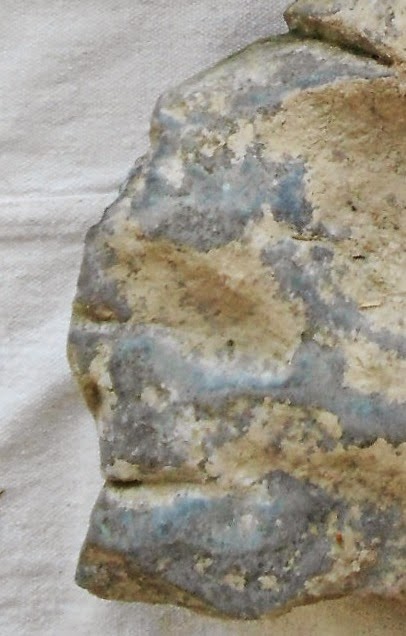 Close up of the human head looking left which is incorporated into the bison head figuration. The right eye may be considered a more precise and detailed image of an eye while the left eye may be considered as being a large empty space or a "missing eye" in a known paleoart motif. This is an example of the "right eye open left eye missing" motif which has been described by others and demonstrated as many as 50 times on this blog.
Posted by Ken Johnston at 5:59 PM