Illustration of a "Stone head" from the Paleolithic site at Siberdik, Russia

This stone head places the "one eye open, other eye shut or missing" Paleolithic art motif in Beringia, which may be evidence of its continuity into North America. 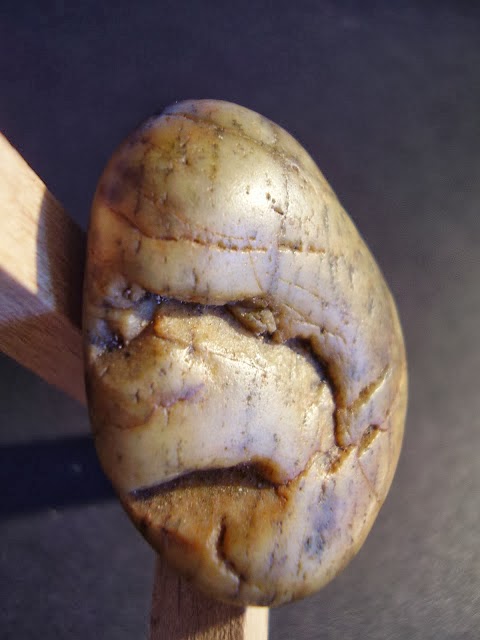 One of many North American examples of  "one eye open, other eye shut or missing" motif from the Dennis Boggs collection, Irrigon, Oregon. Despite its "natural looking" appearance to many people, I argue such examples were in fact "retouched" after desirable natural forms were found by Stone Age artisans.

Archaeologists must concede they do not already know everything about ancient technologies which may have been used to carve, incise, sculpt, shape, break and otherwise remove or alter stone surfaces.

If examined by unbiased and highly qualified lithic scientists, I am confident many, if not most, examples like this will reveal aspects of deliberate human agency. Even when they are "just manuported geofacts," I argue they are no less significant to the development of archaeological knowledge.
Posted by Ken Johnston at 9:56 AM