If Brazilian agate object was worked by a human, it may be a first example of the "one eye open, other eye closed or missing" portable rock art motif from South America 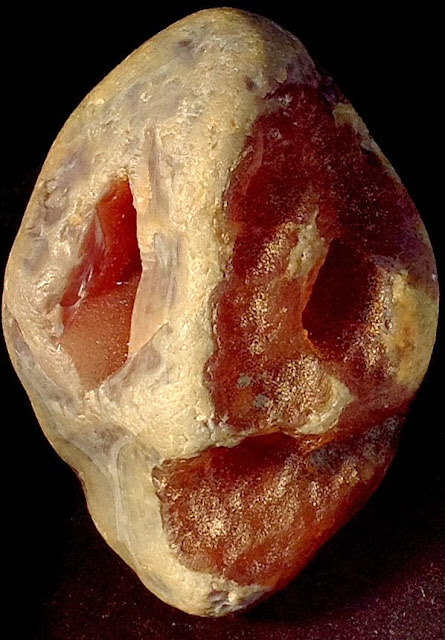 Is it a worked face mask in agate from Brazil?

A rock collector in Thailand acquired this piece of Brazilian agate at a geology fair in Tucson, Arizona. It was interpreted as a "Phantom of the Opera" type face mask by Tira Vanichtheeranont who thought it might be interesting to blog readers here.

It appears it could have been worked to realize a human head icon with the "one eye open, other eye shut or missing" motif as seen in Eurasia and North America. The stone's rind, or cortex, looks to have been selectively removed on the left side of the face. 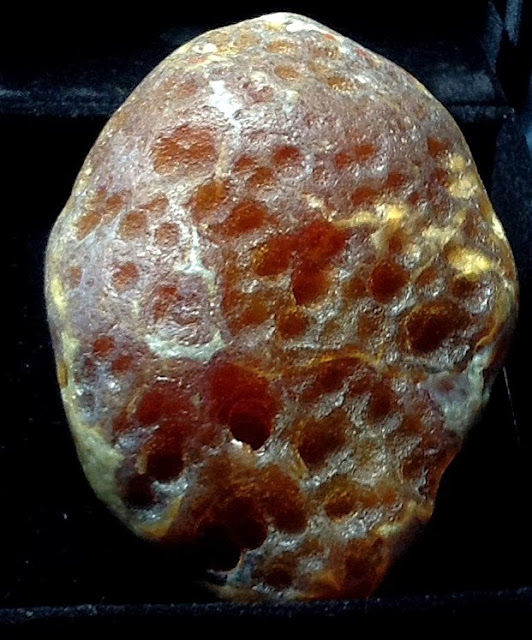 Are the small indents on the back side of the mask icon created by nature or human grinding on the stone?

This may be a grinding technique to remove most of the stone's cortex (decortification) from this side in order to expose the beauty and translucence of the agate material. This would open up the back of stone to transmit light to the front in the case this piece was a manufactured "lithophane" (Johnston 2011) as is seen in similar material and one-eyed motif from the Dennis Boggs Oregon collection as presented earlier on this blog.

It seems possible small ground holes like this were used to remove stone on the face mask side of the stone, then smoothed down by broader grinding to remove the remaining ridges. Evidence of the ground holes may be seen in the surface "rippling" of the figure's mouth and left side of the "nose." 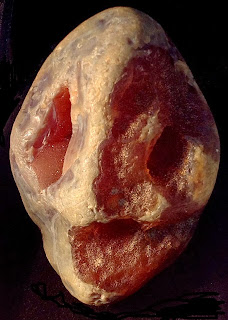 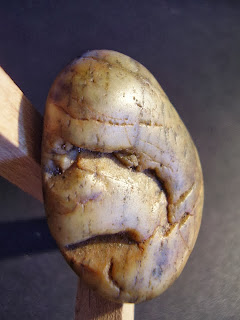 Please compare the imagery on the Brazilian object to this suspected artifact with the "one eye open, other eye closed or missing" motif from the Dennis Boggs collection, Irrigon, Oregon. Thank you Tira for sending along this fascinating object from Brazil.
Posted by Ken Johnston at 1:19 PM