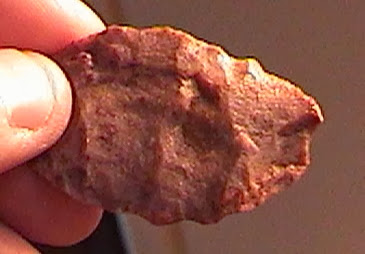 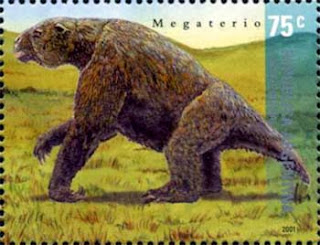 Bill Waters has documented a number of iconic flints in his collection of a retired archaeologist's Texas lithic "debitage" and cultural waste material. Bill interpreted anthropomorphic qualities on the stone. When I saw it, it struck me as a fair likeness, with an "eye," of the sloth images I was familiar with from my study of Pleistocene fauna. As R. Dale Guthrie has noted, sometimes the figures in Paleolithic art combine human and animal qualities. 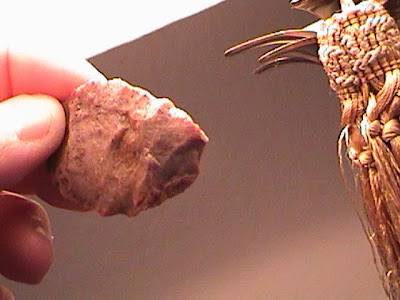 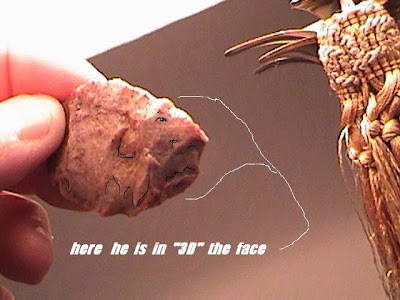 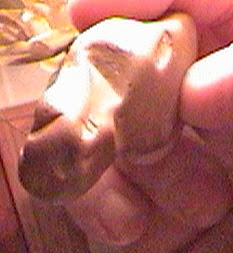 Bill identified this piece as having a strong likeness to a camel head. He could not imagine why a camel head would be found in a Texas artifact collection. After researching the topic, he learned Camelops indeed inhabited the Americas in Pleistocene times, until about 10,000 years ago, making it quite possible humans may have collected and made objects reflecting visual characteristics of this animal. 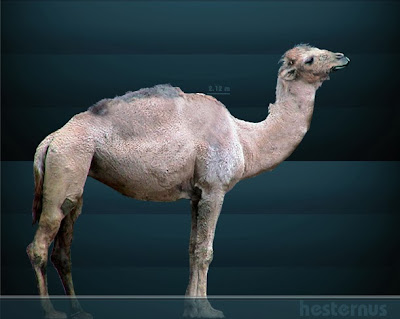 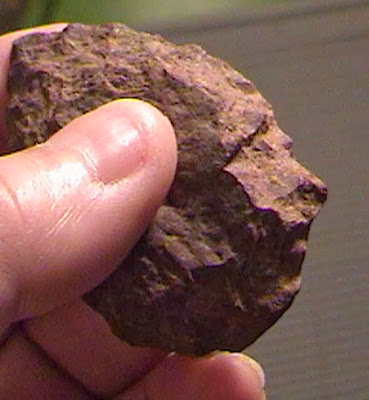 To support the idea of a Pleistocene age for Bill's "sloth head" and "camelops head" artifacts and the possibility they are intended icons, they were found in a macro context with this "North American Acheulean Handaxe" featured in a prior posting on this blog, which exhibits a facial profile on the lower right edge as seen a few postings ago from Europe and north Africa.

The same iconic handaxe art tradition is now demonstrated to be found on three continents. It may be a clue to an early human presence in Texas.
Posted by Ken Johnston at 9:10 AM