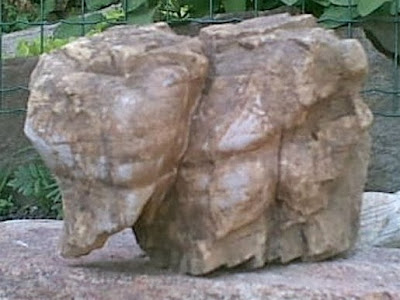 Luigi Chiapparoli find and identification of an elephant sculpture in Italy

Jan van Es made these comments and interpretation of this sculpture: "The corpse is in fact of a baby elephant (mammoth of the child). In many sculptures of animals (bear, elephant, bison, etc..) is a portrait by the legs visible. Here I see a man's face by the hind legs. On the side of the belly I see a female form of a symbol of fertility. That's why I think it's a young male animal." 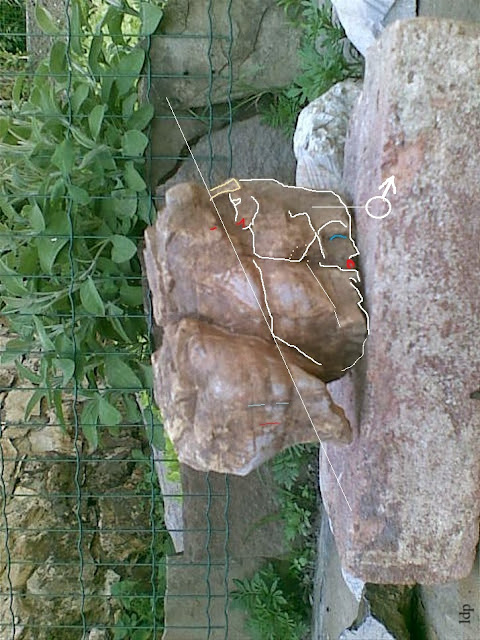 Interpretive drawing by Jan van Es. A depiction of a wisent is illustrated in top part of the drawing here linked to the contemporary male symbol. 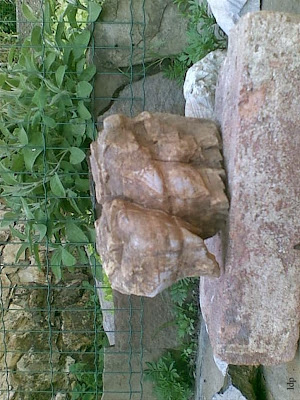 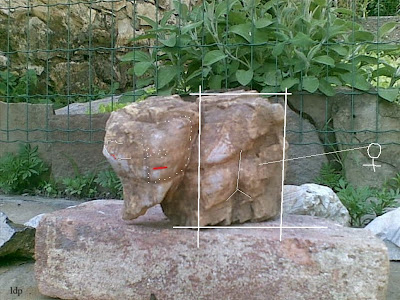 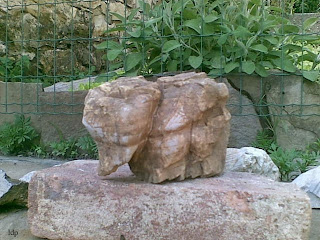 Photo by rock art investigator Luigi Chiapparoli
These animal combinations and arrangements as interpreted by Jan van Es may also be seen in North America but continue to be ignored by a field too comfortable to dismiss them as "cloud watching" by hopelessly naïve people. Too many lay persons and amateur archaeologists have noticed these portable rock art forms but have received the "Boucher de Perthes" treatment from a field which claims to operate as a science but has no mechanism or desire to handle anomalous material.
Jacques Boucher de Crèvecœur de Perthes was vindicated in his observation of stone tools in association with extinct Pleistocene fauna and with proper science he will be vindicated that pierre-figures, or figure stones, may be found right alongside the tools.
Posted by Ken Johnston at 12:48 PM