150 years ago: "Common sense tells us that the primitive people who made haches and tools were able to make figures..." 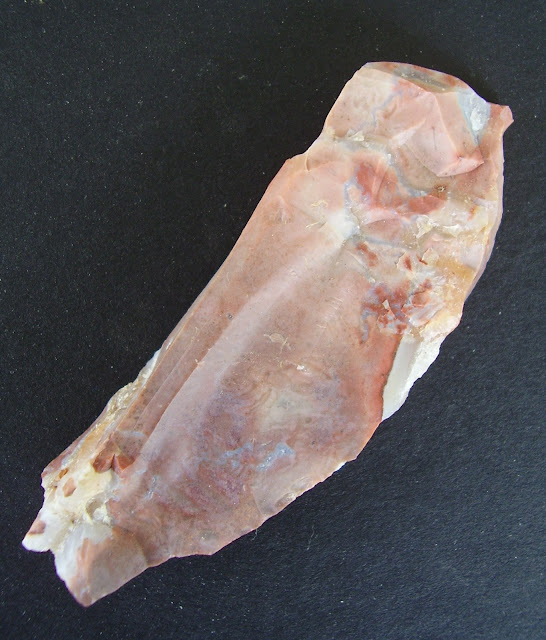 One may conclude this object is a figure stone.

"Common sense tells us that the primitive people who made haches and tools were able to make figures... ...As to the Symbols and Figures, although I have gathered of these some types which may be seen at my house to-day, numbering about fifty analogous shapes on which the human work is evident, I have converted very few people, and of the number, not one Englishman. Why-they say to me-are you the only one who finds Figure Stones ? Have they never been found anywhere else than at Abbeville ?-and-mention one collection besides your own in which they have been seen ...To-day, Sir, your examples will be questioned, I do not say that I shall have gained my cause, but Truth will have made one more step, and will strike forcibly by coming from two sides."

- From a lettter from Jacques Boucher de Perthes to Victor Chatel, Oct 20th, 1866 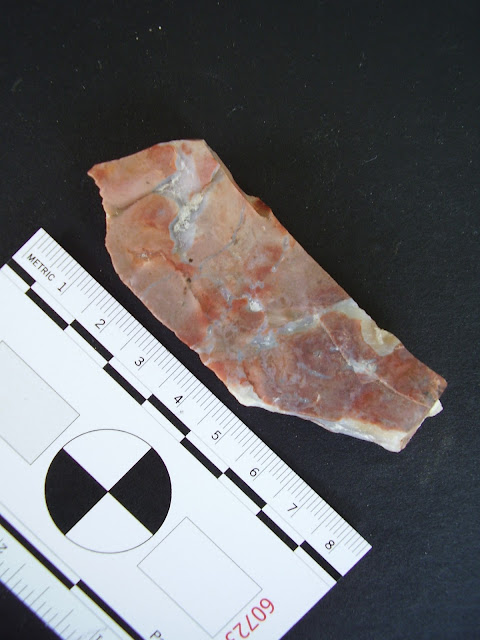 Side 2 with scale. The bird figure has a serviceable and/or symbolic graver tool feature as the bird's beak. 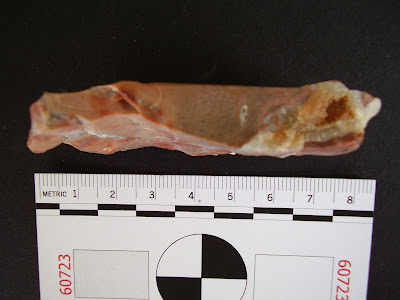 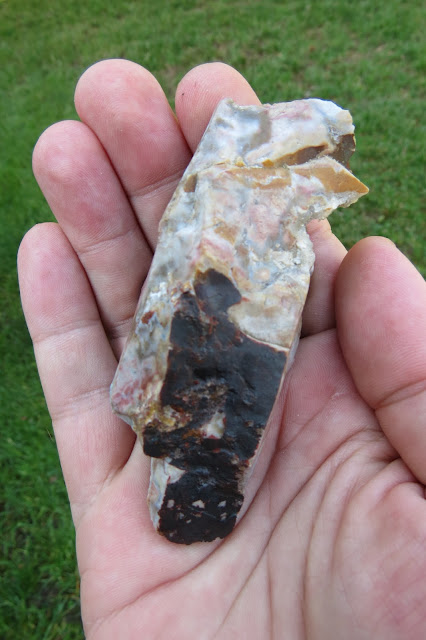 Here is another flint and crystal bird figure with a graver tool as the bird's beak from Flint Ridge, Glenford, Ohio, featured in a post last October.