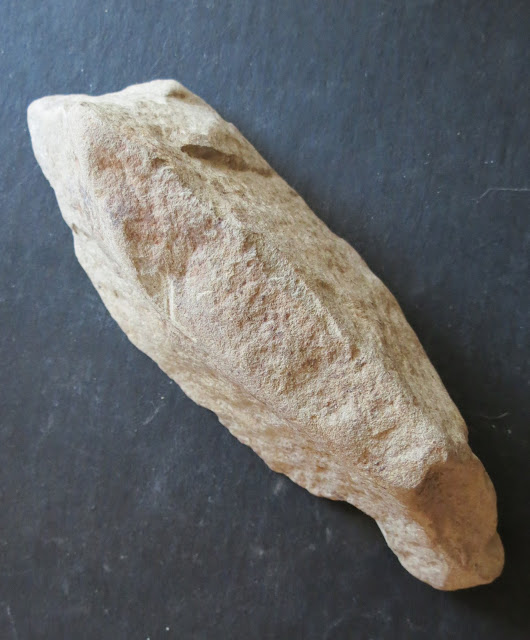 This bird was found within 100 yards of another bird sculpture which was manufactured the same basic way and seen in an earlier posting here. In the case of the other bird, nature did most or all of the preparation of the core with a potential bird figure, but the sculpture was separated from the core in the same way, resulting in a sharp edge around the entire perimeter of the ventral side of the artifact. 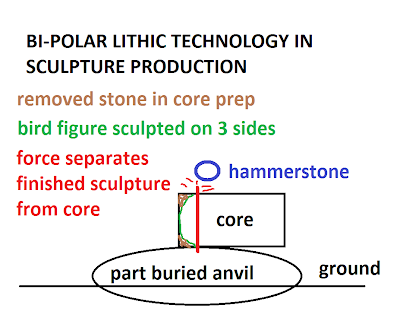 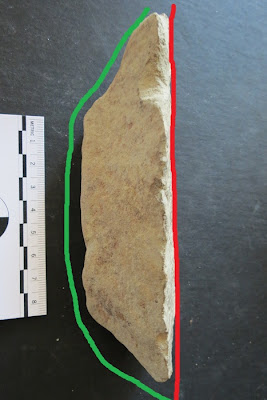 This is a side view of the bird sculpture. It was attached to the core along the red line. The angled sides in green are the part that was prepared by the artist before the final bird sculpture was removed from the core. 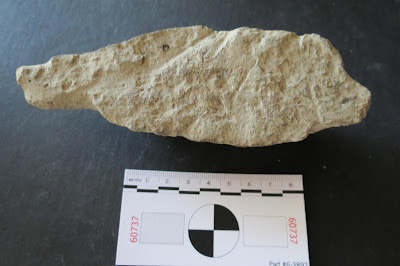 This is the ventral surface that was separated from the core (the red line in illustration.) The entire perimeter edge is "sharp" because it was removed from a prepared core, just like is seen in prepared core tool manufacture. 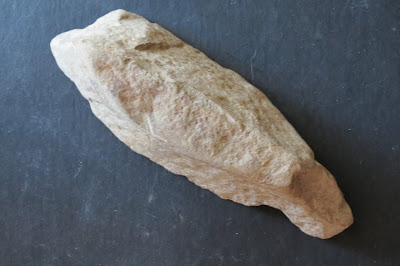 This bird sculpture was also found at the same location as a bird head figure I posted last month, seen here. 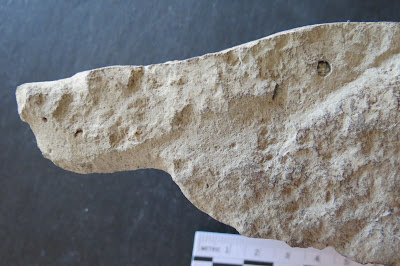 On the flat, dorsal, side of the bird sculpture is another possible zoomorphic representation. It reminded me of the Shortnose Gar, a fish present in the Ohio River tributary system where the bird sculptures were found. This fish is unique in that it has a gas bladder to assist with flotation: a fish that floats in water like a bird floats in the sky. A gar nose at the tip of the bird's tail may be seen as another example of a motif described as "the breath of life emerging from the bird."