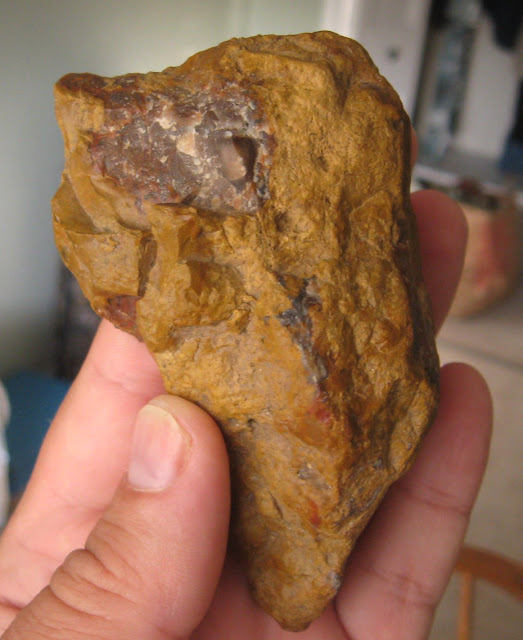 Petrified wood artifact found by 29 year collector Chris Schram in Westminster, Colorado, near Big Dry Creek. It changes from horse head to human head as the figure stone is rotated. 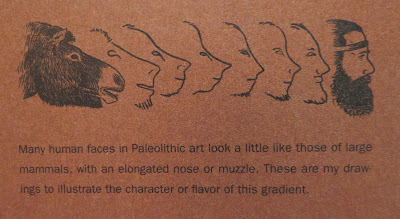 "Many human faces in Paleolithic art look a little like those of large mammals, with an elongated nose or muzzle. These are my drawings to illustrate the character or flavor of this gradient"
(c) Copyright R. Dale Guthrie, "The Nature of Paleolithic Art," 2005, page 92

Orthodox Archaeology continues to overlook, ignore or deny the existence of Paleolithic figurative portable rock art in North America. Here, the art of the "mammoth-steppe biome" peoples of Europe and Asia as described by R. Dale Guthrie may be seen extending across Beringia to Colorado, USA. This possibility may be supported by the paper "The Mammoth Steppe Hypothesis: The Mid Wisconsin (OIS 3) Peopling of the Americas" by Steven R. Holen and Kathleen Holen to be presented later this year in Santa Fe, New Mexico.

This polymorphic figure stone features images of the human/horse therianthropy described by Guthrie as originating in the psyche of the large mammal hunter, who "becomes his prey" in mind, spirit and movement, in order to be more effective. Change from horse to human through this transformational process is seen as the figure stone is viewed in left, center and right perspectives below. 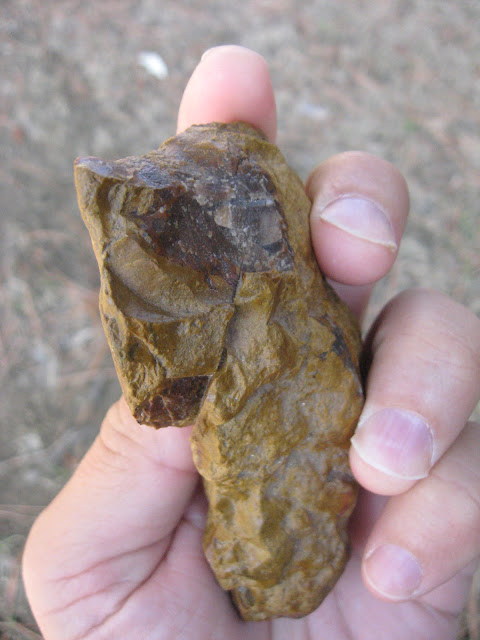 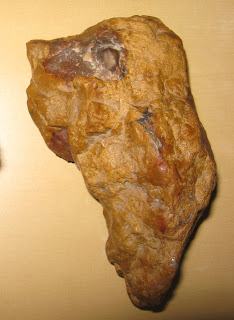 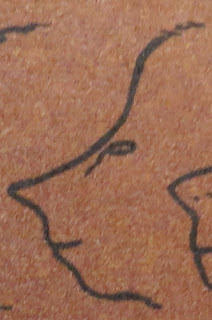 Chris Schram's figure stone in "center on view" with close up of a R. Dale Guthrie "center view" drawing which has been reversed here for a more direct comparison. 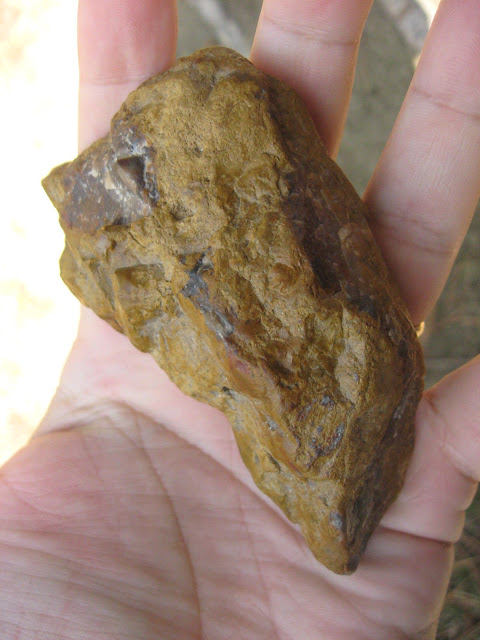 View from right side perspective is a human head figure. Gazing back leftward across the artifact from here, the observer sees the human head transform into the horse head.

Quite remarkably, this figure stone thus exemplifies Guthrie's "horse to human" art gradient by presenting horse imagery as one looks at it from the left and as one's viewing perspective moves toward the right, the imagery becomes more anthropomorphic. 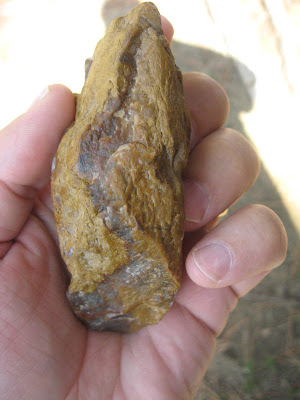 Chris Schram interprets this sculpting work to expose the darker material along the back of the figure as representative of flowing hair, like a mane. 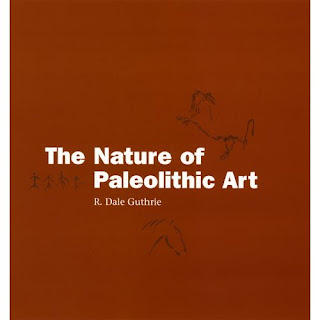 Go to the amazon.com page for this book