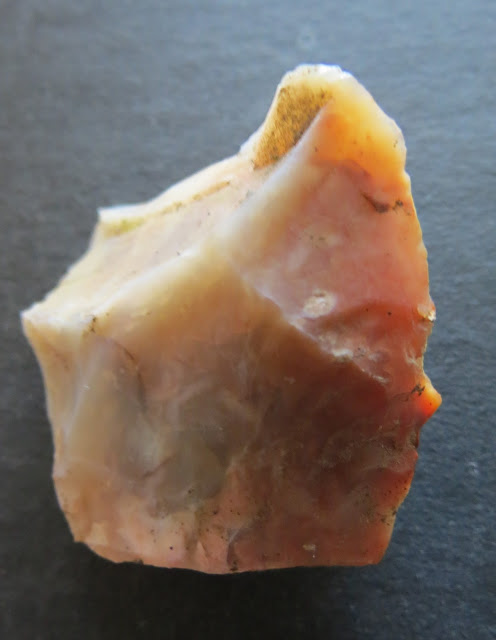 Licking County, Ohio, flint with human facial profile on edge looking right. The nose of the human seen in the translucence of the material may also be interpreted as the tip of the mammoth's trunk. 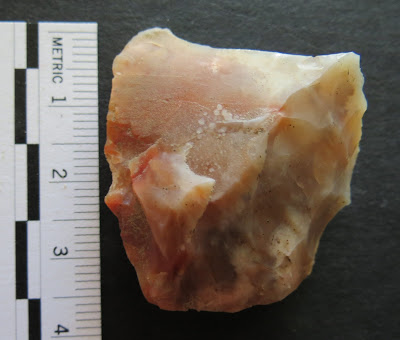 Side 2 also depicts a human face, looking left. Depictions of two faces, in retouch flint work, on opposite sides of the same edge cannot be attributable to chaos, especially not in the context of a larger, analogous sculpture found at the same site, as seen just below. (click photos to expand) 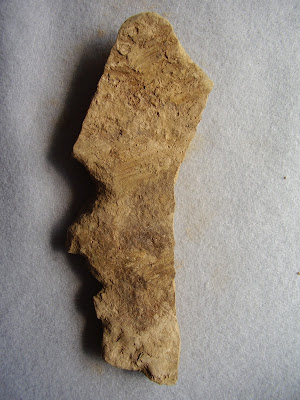 Please compare side 2 to this artifact from the same site which was the subject of an earlier posting where I determined it was a human facial profile with a mammoth head form incorporated into the forehead of the human, where they are represented by the same visual "dome." 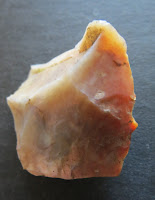 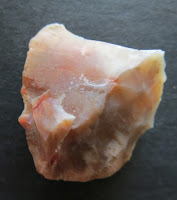 The 2 sides of the artifact, face-to-face 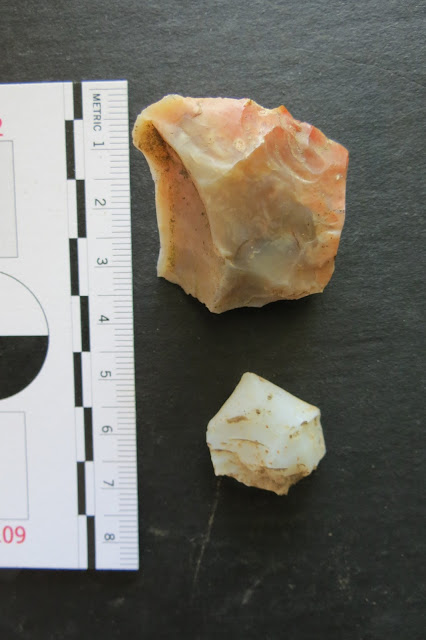 The only flint objects found in this disturbed soil surface survey are these two, the white one on the bottom being a tool with no detected iconography, and the possible Georgiatite (tektite) green glass human facial profile looking left as seen in earlier posting. 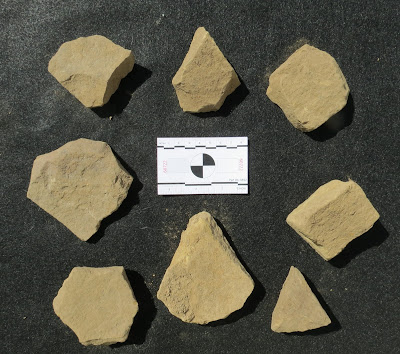 Some of the geometric forms which caught my eye at the site. 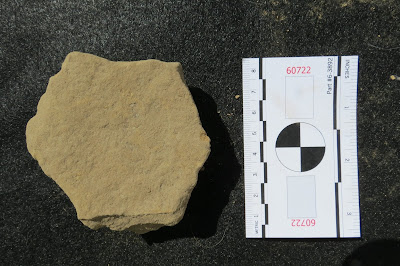 Aside from examples like the basalt columns at "Giant's Causeway" in Northern Ireland, hexagon shaped rocks seem to be quite rare in nature. Objects like this appear to have been made using a buffer technique to trim away to this desired end-shape. I made a posting about a hexagon from West Virginia, also associated with portable rock art finds. 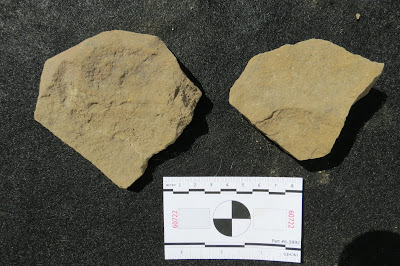 These are two more bivalve shell shaped plaquettes from the site to be added to two others described in earlier postings here. 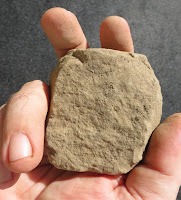 This heavy duty burin/borer, a type of tool described in an earlier posting, was just found at the site. 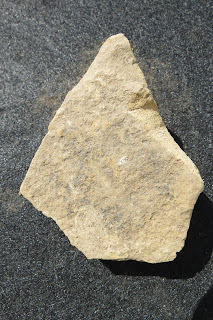 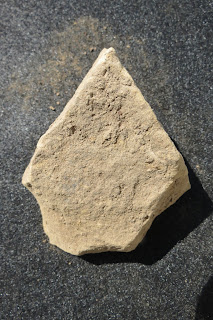 Sides 1 and 2 of an artifact from the site 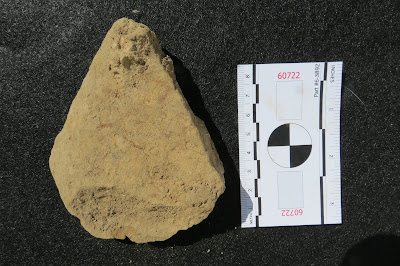 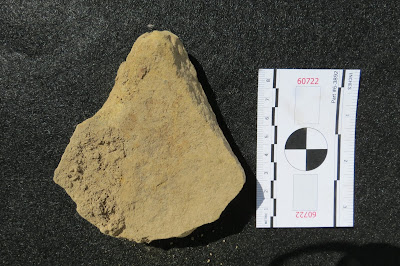 (above) Side 1 and side 2 of a lithic form familiar to this site. 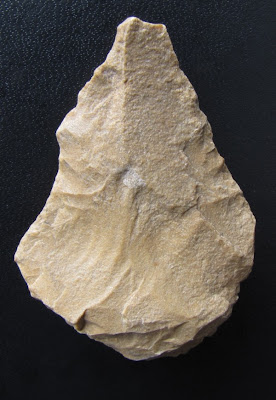 From Aggsbaugh's Paleolithic Blog, this is a Micoquian “Faustkeilblatt” (7 cm long) with a broken tip, made of quartzite from a field near the classic Middle Paleolithic site of Lenderscheid near Kassel / Germany, found in 1982.
Posted by Ken Johnston at 1:38 PM