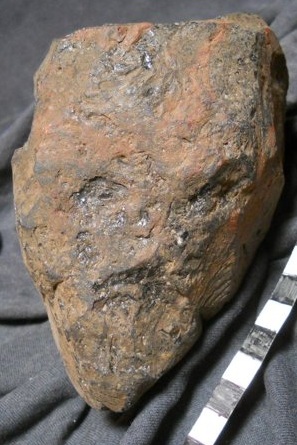 James May find, Washougal, Washington
An earlier post of two other one eyed mask stone faces identified by Jim

The "one eye open, one eye shut or missing" motif has been reported from Europe and from coast-to-coast in the United States. In the west, it has not been reported north of the Washington state area, or from the Russian Far East or south east Asia. Until it is, it remains a possibility this motif arrived in America via a European based seafaring movement of people or memes.