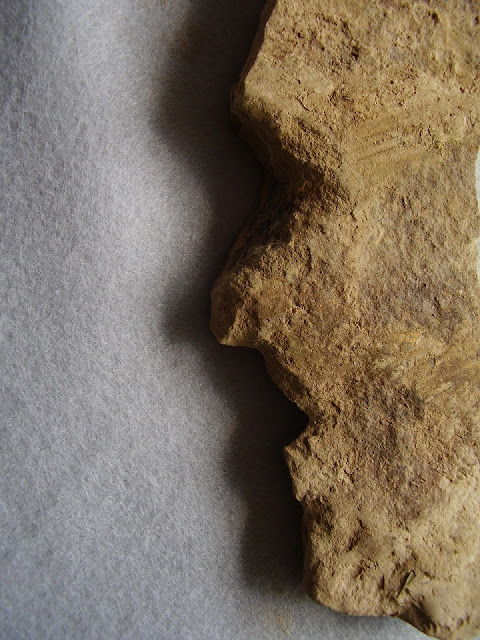 
This facial profile sculpture is from a newly disturbed soil context from construction activities at a tree park about 5km from Buckeye Lake in southern Licking County, Ohio. The context was sterile of glacial deposits and had only native Ohio bedrock-type limestone and sandstone objects and naturefacts.  The immediate context (3m radius) also produced a couple of crude tools, coarse stone lithic debris and two other suspected art pieces (a bird and a feline) which will be the subjects of future postings on this blog.  "Sir Nameless"- Beautiful, narrow, facial profile sculpture shows faces on both sides, named after the

Sir Nameless, once of Athelhall, declared:
"These wretched children romping in my park
Trample the herbage till the soil is bared,
And yap and yell from early morn till dark!
Go keep them harnessed to their set routines:
Thank God I've none to hasten my decay;
For green remembrance there are better means
Than offspring, who but wish their sires away."

Sir Nameless of that mansion said anon:
"To be perpetuate for my mightiness
Sculpture must image me when I am gone."
- He forthwith summoned carvers there express
To shape a figure stretching seven-odd feet
(For he was tall) in alabaster stone,
With shield, and crest, and casque, and word complete:
When done a statelier work was never known.

Three hundred years hied; Church-restorers came,
And, no one of his lineage being traced,
They thought an effigy so large in frame
Best fitted for the floor. There it was placed,
Under the seats for schoolchildren. And they
Kicked out his name, and hobnailed off his nose;
And, as they yawn through sermon-time, they say,
"Who was this old stone man beneath our toes?" 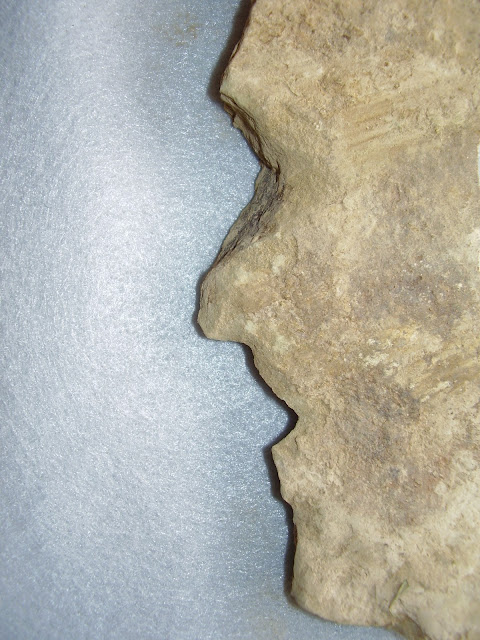 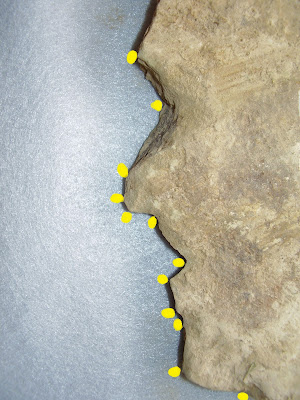 Perhaps statistical mathematical analysis can be brought to bear on the subject of art candidate rocks such as this one.  There are approximately 12 edge lines comprising the profile of the face along the left side of the stone as pictured above.  Each of the edges is in proportionally correct size, shape, grading and angular alignment to compose a human face.  It seems statistically unlikely mother nature could do all the work to make a 12 point face at this level of exquisite detail.  One bad angle, one disproportionately sized edge, would impact the dramatic realism of this high art piece.  A second bad characteristic would have exponential degradation of the visual processing of the image as a "face."  It reminds me of something I read once:  how many bites out of a cutlet does it take before it is no longer a cutlet?  Only a human can sculpt an object like this.  The art and tool context of the find makes artificiality quite certain here. 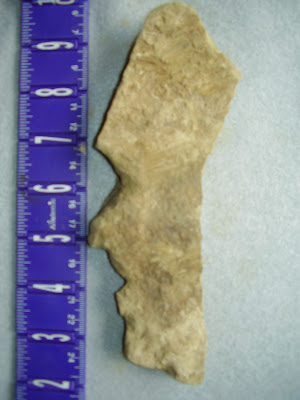 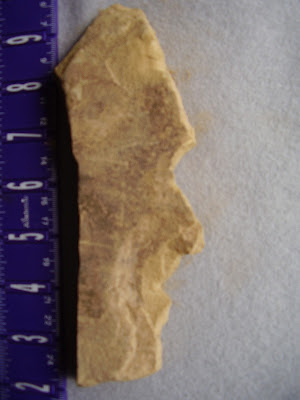 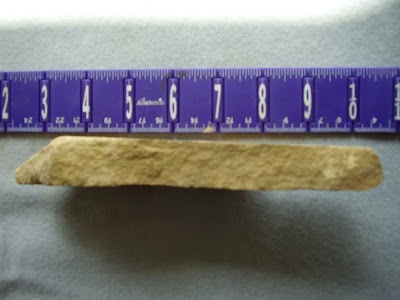 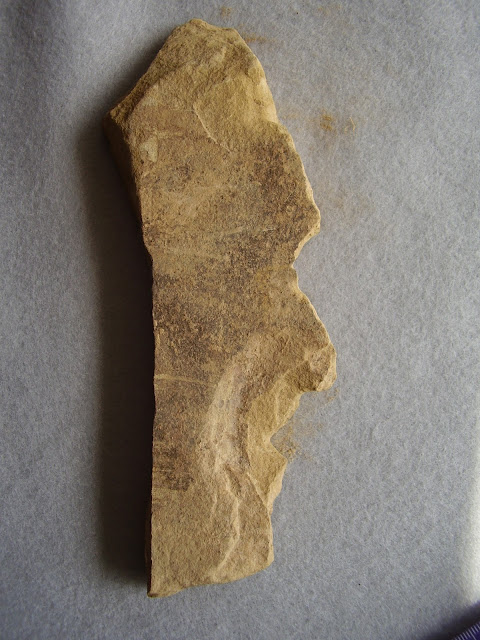 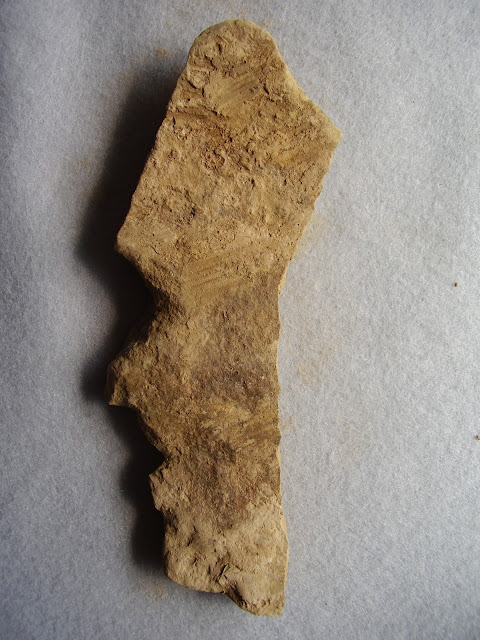