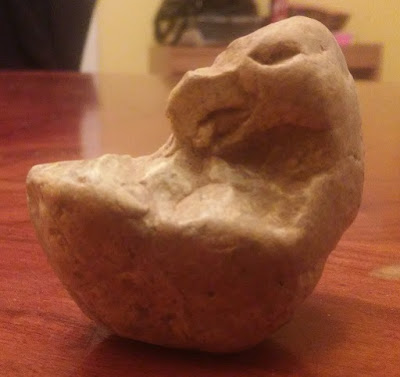 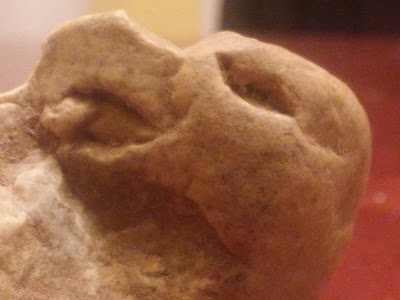 This stone has been sculpted and stands upright on a flat base. The bird head up close seems to intentionally depict something roundish being held in the bird's beak.

Jason has suggested this piece may depict a 'bird emerging from its egg' and I think that is very possible. The bird is raptor-like with the curvature of the upper beak being quite pronounced.

Many figures in a motif of 'bird with head turned back' have been featured on this blog. They typically feature water birds like ducks with the head turned back and beak tucked to their back in a 'preening water bird' position.

This sculpture was found in a portable rock art context identified by Jason Lamont in Hardin County, Tennessee, and featured in other postings on this blog.
Posted by Ken Johnston at 9:11 AM