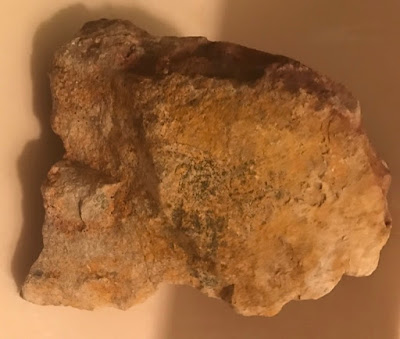 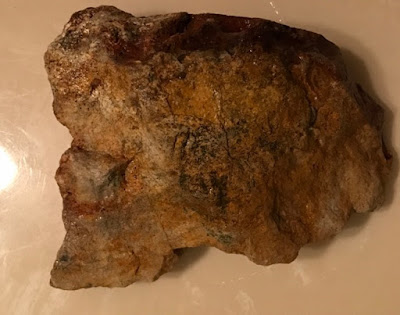 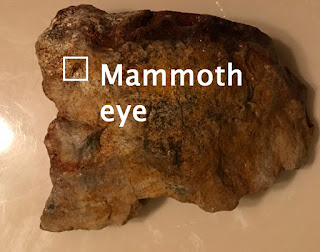 The intentionality of a mammoth figure here is evidenced by the manufacture of an 'eye' divot in an artistically correct position for the animal's eye. 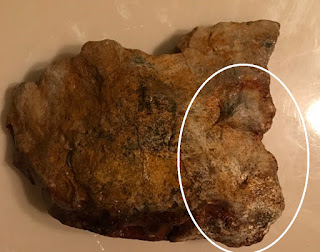 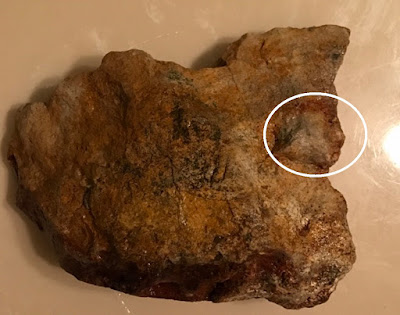 There is a second smaller human face profile worked into the forehead of the larger face figure. Click photo to expand view. The top part of the stone above the two circled faces may be interpreted as a mammoth form cresting the stacked human faces. 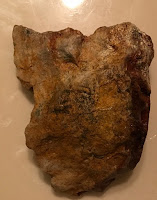 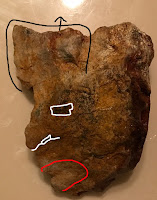 When the figure is rotated 90 degrees left it presents another human face profile looking left with eye, nose and lips details.

In the illustration the black outline highlights another mammoth form which is sharing or cresting the forehead of the human face figuration. The smaller face which was circled in the prior image is on this smaller mammoth's posterior back looking skyward as illustrated by the black arrow near its eye. 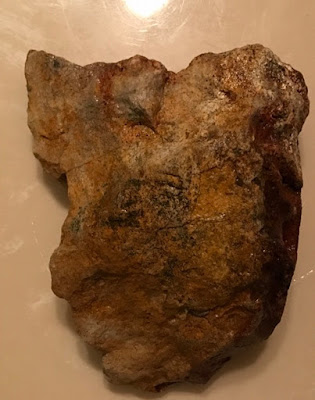 Human face profile looking left with mammoth form cresting its forehead, worked on the base edge of a mammoth shaped figure stone.
Posted by Ken Johnston at 2:09 PM