Morris County, Kansas, pipestone artifact could be a mammoth head figure including a trunk with depiction of "digitiform processes" 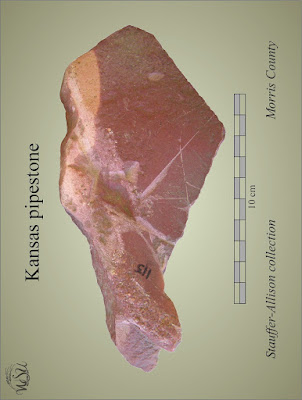 Interpreted by Ken Johnston as a possible mammoth head figure including a trunk with a depiction of two "digitiform processes," finger-like appendages known to be be a part of mammoth anatomy. 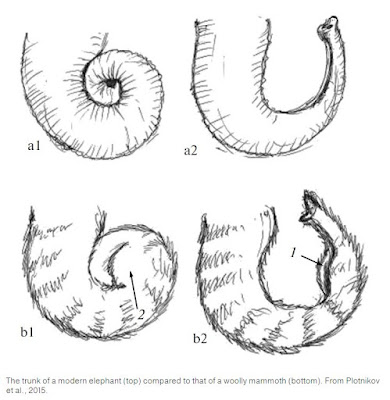 "For example, the end of Yuka’s trunk had two finger-like projections that were longer than those of modern elephants. These “digitiform processes” are thought to have afforded mammoths a finer grip on the grasses they grazed on as they trundled over the frigid steppe."
Posted by Ken Johnston at 9:17 AM