Check your Acheulean handaxes for iconography, some may be "animated" or "decorated" with human face profiles incorporated into tool edges 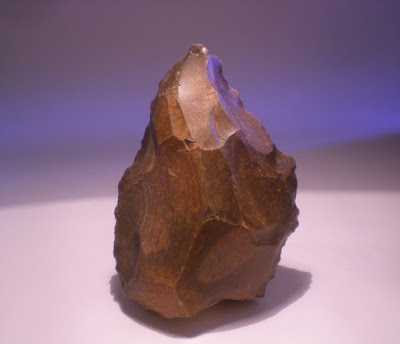 I came across this Acheulean handaxe on the internet and noticed it may be another example of a handaxe with a face incorporated into its mid right edge.

Collectors and researchers of these handaxes should be aware of the possibility of a definable pattern of iconography on some of these tools, from Western Europe, North Africa and perhaps even North America.

German independent rock art researcher Ursel Benekendorff has identified a fine example which is featured on the link to her website on the right side panel of your screen. 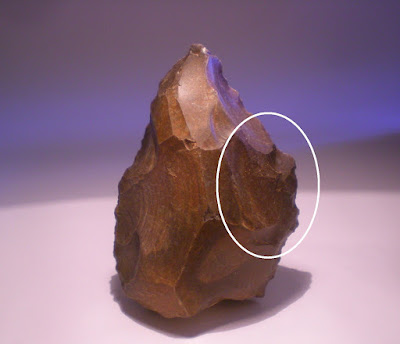 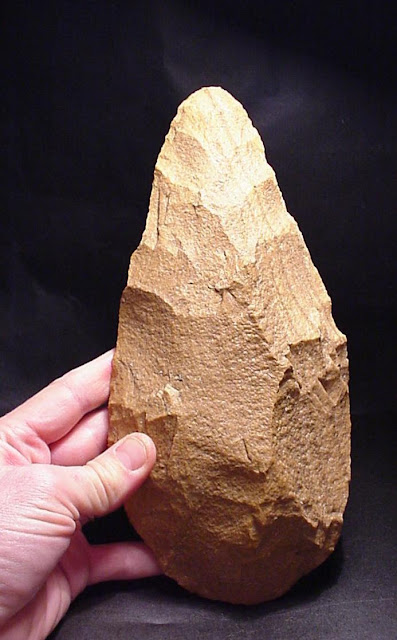 A second recent example I came across, from West Africa. There is a simple face likeness with 'open mouth' in right 3/4 profile in the middle of the right edge. 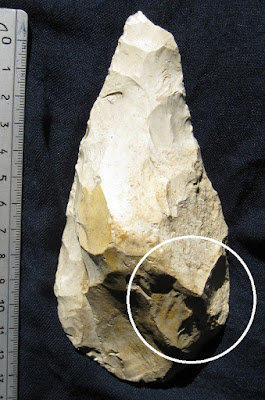 France, possibility of a crude, worked face on the surface of the handaxe 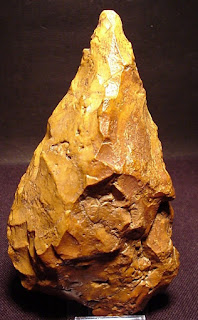 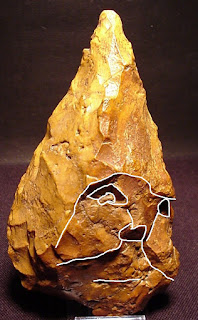 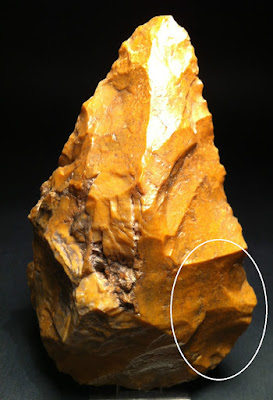 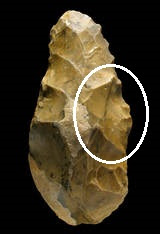 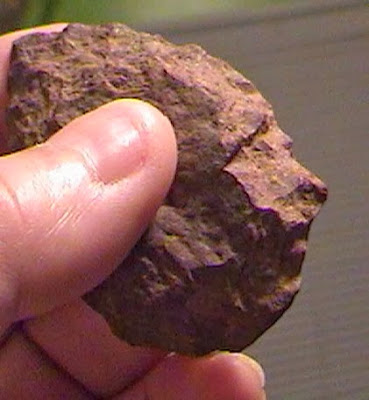 American Acheulean tradition handaxe? Texas artifact identified by Bill Waters as having a worked face likeness on its edge. 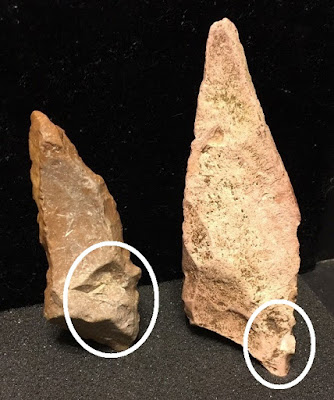 American Acheulean tradition tools? These too may exhibit a pattern of facial iconography worked into their lower right edge. Clayton Eliott finds, Missouri, USA, featured just a few postings ago. 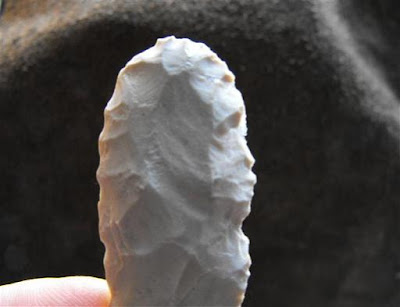 Master flint knapper and independent figure stone investigator Bob Doyle of Maine created this flint with a detailed human facial profile on its right edge as an experiment in replicative archaeology. Bob uses the word "carve" to describe his work on the face details.
Posted by Ken Johnston at 10:02 AM