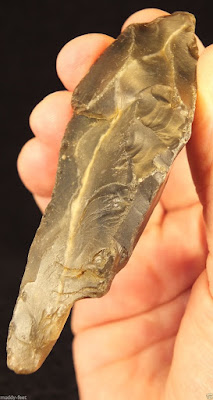 This pointed tool has been made on a flint flake, it is leaf shaped in plan with a robust proximal point and a fine distal burin. The tool's end on profile is triangular.

The area where this piece was found has been subjected to a great deal of construction activity, including road and railway building. It is likely that it was disturbed through these activities.

As the first part of the bird to enter the world, the beak may have been given symbolic significance and incorporated into a kind of animated tool. 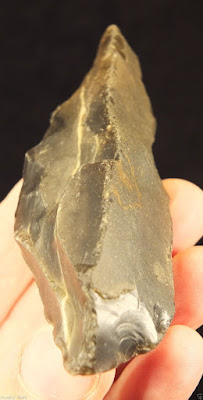 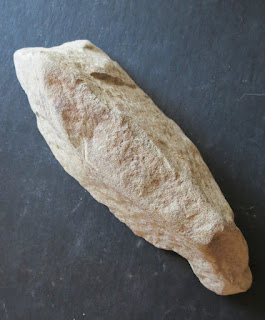 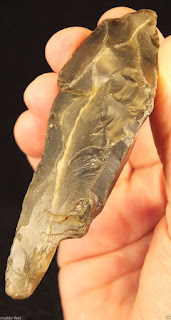 The Licking County, Ohio, limestone bird figure at left was found in a context of numerous other stone birds and at a known archaeological site. Is was also made using prepared core technology- despite vastly different lithic material both the Ohio bird (left) and the England bird (at right) are made of large flakes. 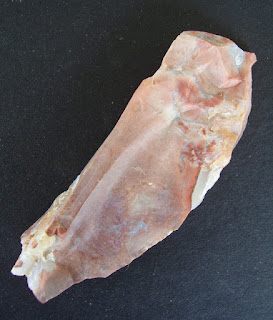 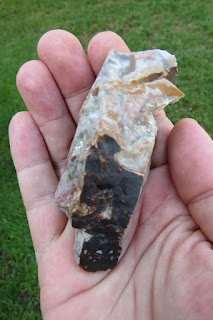 Licking County, Ohio, bird forms from the same site. They are in colorful Vanport chert (Flint Ridge) with the birds' beaks as burins. This one at left is also a flake made using a Levallois-like prepared core technology. 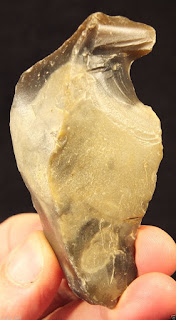 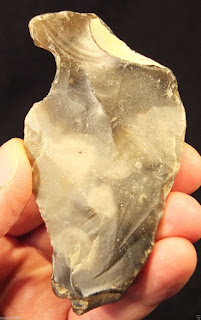 Email ThisBlogThis!Share to TwitterShare to FacebookShare to Pinterest
Labels: muddy-feet